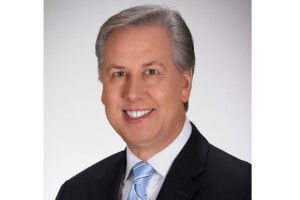 Meteorologist Kevin Craig joined FOX 17 in 2001. He is one of only a few in the state that have earned the Certified Broadcast Meteorologist (CBM) seal of approval from the American Meteorological Society. Kevin started his broadcast career in 1993 at WCAR radio in Detroit as a board operator and part time news anchor. He continued in radio news as an anchor/reporter for the next three years in northwest Ohio until taking his first television job in Clarksburg, West Virginia.
He was a TV news reporter/anchor for about a year when the opportunity came up to fill-in for the weather department. Kevin became the morning weather anchor and science reporter at WIFR-TV in Rockford, Illinois in 1996. He was hired as the morning weather anchor in Madison, Wisconsin in 1998 at WKOW-TV and a private forecasting firm called Weather Central.
Kevin started taking classes at the University of Wisconsin in Madison and through Mississippi State University in their broadcast meteorology program. He received his meteorological certification in 2003 with highest honors and is just a few credits short of obtaining a master’s in Geosciences. He holds a Bachelor of Arts in Radio/TV/Film Communications from Wayne State University in Detroit.
Kevin functioned as the weekend meteorologist for FOX 17 for almost 15 years. He then moved in to the Midday/4PM/5PM shift in 2015. In March of 2018 he was promoted to the position of Chief Meteorologist!
He has filled-in on all shifts, produces graphics, conducts school presentations, and has produced upbeat, fun, and informative personal feature reports in his signature series West Michigan Stories. The series ran for about four years from 2012 to 2016.
His weather forecasts on FOX 17 are typically high energy, informative, and educational. Kevin says “if I can’t be excited about giving the forecast, how can I expect people to be excited about watching it?”
He was the longest running weekend anchor on any West Michigan station in news, sports, or weather…and is the longest, most tenured TV anchor at FOX 17 having been with the station for more than 18 years. He has reported on everything from Superstorm Sandy, to 20-foot waves on Lake Michigan, tornadoes and severe storms, lightning strikes, blizzards, flooding, ice storms, drought, and a host of other news-related items.
Originally from the Detroit area, he loves to spend time at the lake, on the beach, on the boat, and is self taught on both the guitar and piano.
Something you might not know about him? He was responsible for training Ginger Zee as an intern at FOX 17 before she was eventually hired as the main meteorologist for Good Morning America.