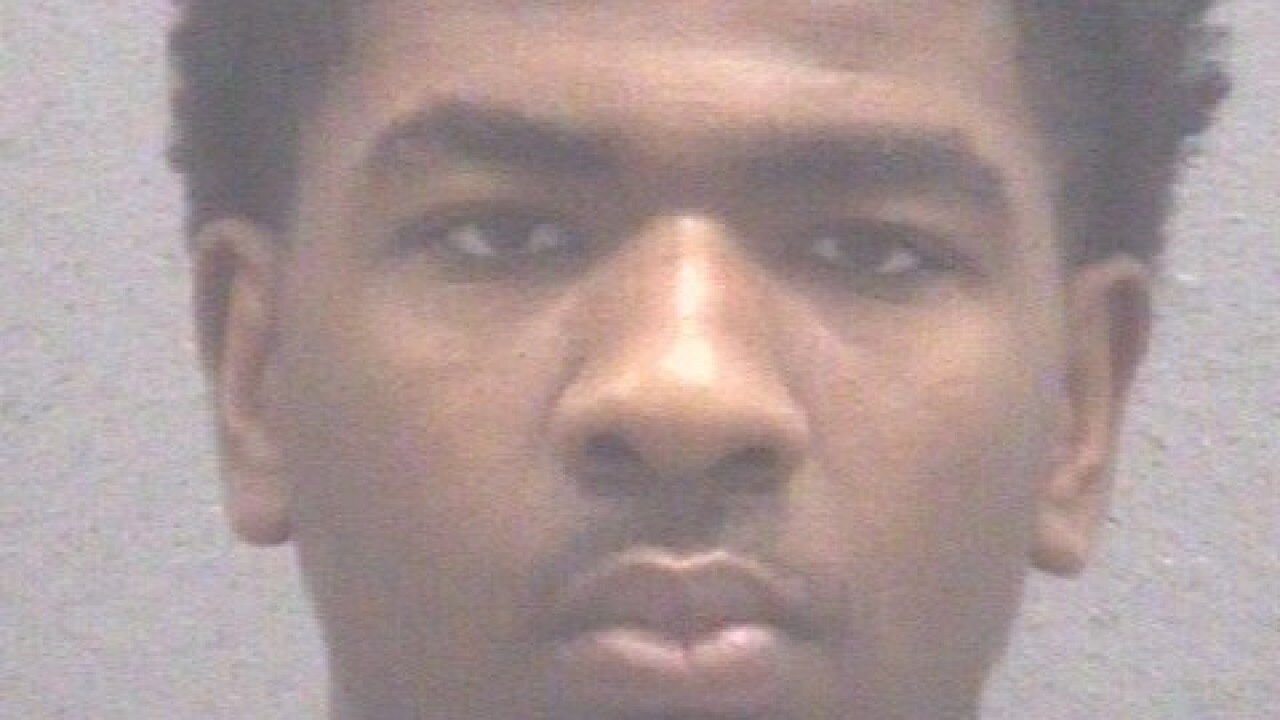 KENT COUNTY, Mich. — The 19-year-old accused of shooting his father and father's girlfriend, then firing on police during a chase, is now charged.

Jermaine Bolton was arraigned Wednesday afternoon in Kent County's 63rd District Court. He faces 2 counts of Assault with intent to do great bodily harm less than murder, 1 count of firing a weapon from a vehicle, 1 count of carrying a concealed weapon, 1 count of fleeing police, and 1 count of using a gun in a felony.

The charges stem from a chase down M-37 from Sparta Township to I-96 in Walker on Monday night. A Kent County Deputy responded to a call of a wrong way driver on M-37. Police say Bolton was behind the wheel of that car, and opened fire on the deputy.

Police arrested Bolton after officers forced him to crash on I-96.

Bolton is also facing charges connected to a deadly shooting in Muskegon Heights. Wednesday the Muskegon County Prosecutor's Office filed 4 counts, including open murder and assault for intent to murder. Police say Bolton shot his father, and killed his father's girlfriend before taking off in the car.

Bolton is being held on $100,000 bond for the charges in Kent County. He has not been arraigned in Muskegon County yet.