Sheriff: Suspect shot at police 3 times during chase that ended on I-96 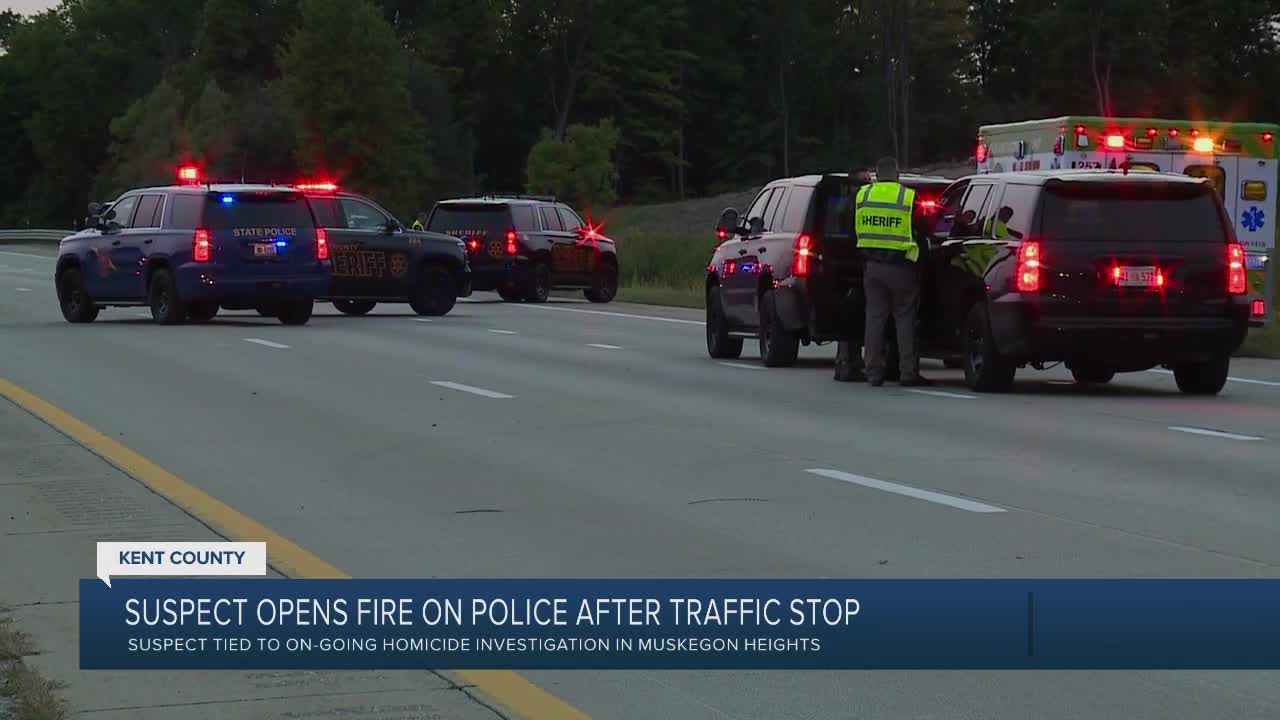 An attempted traffic stop led to a chase, multiple shootings and then a crash off the highway in Kent County Monday. 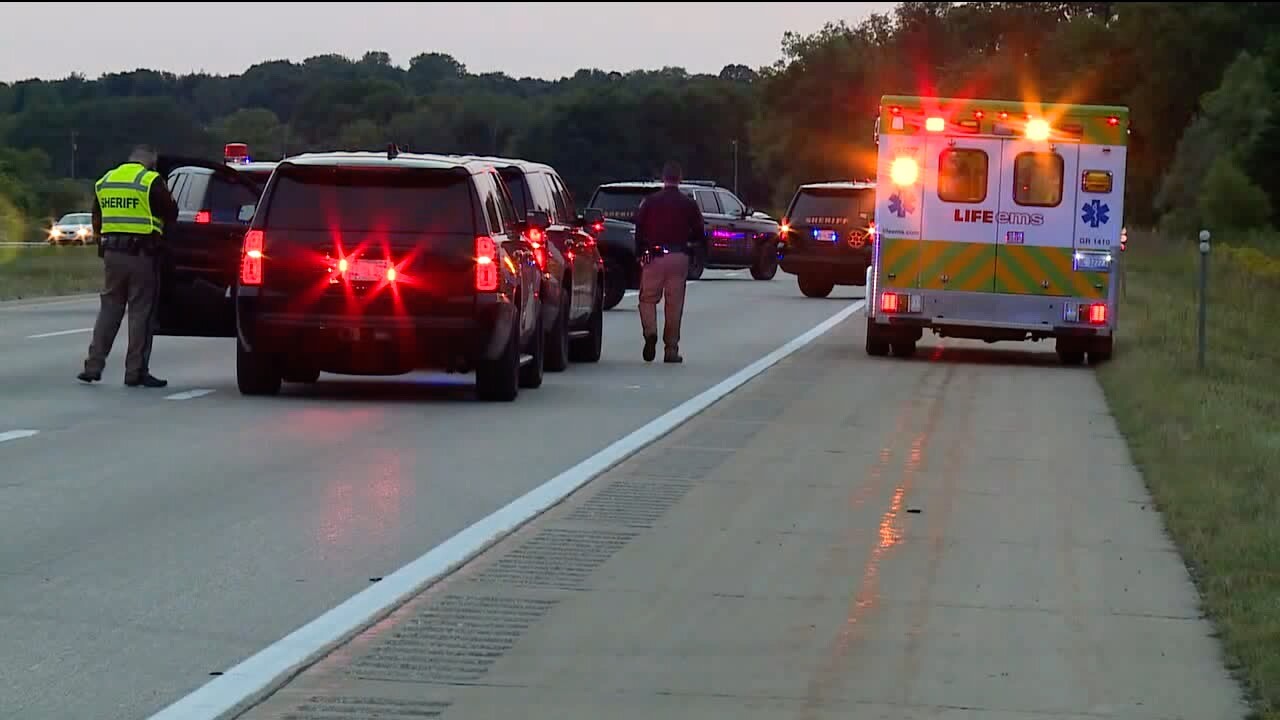 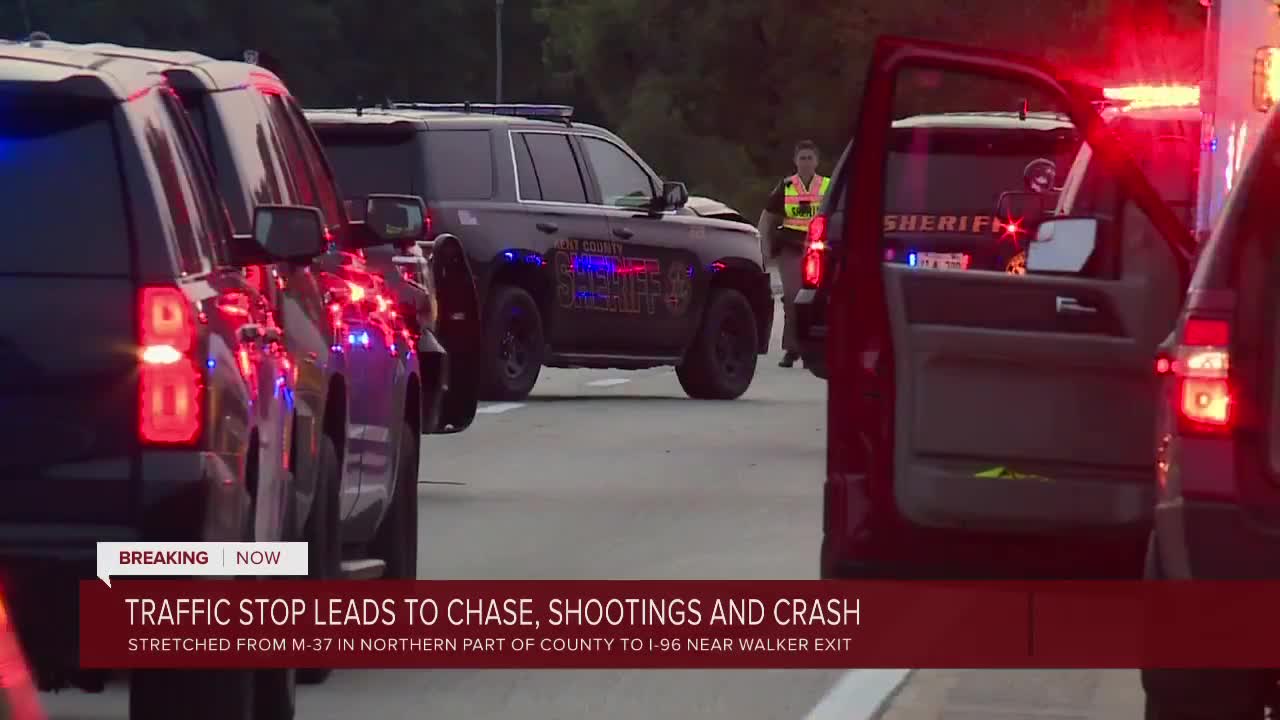 WALKER, Mich. — An attempted traffic stop led to a chase, multiple shootings and then a crash off the highway in Kent County Monday.

The chase stretched from the northern part of the county along M-37 near Sparta and ended along westbound I-96 near the Walker exit.

That suspect was taken into police custody shortly after crashing in a ditch off the freeway.

Muskegon Heights Police Department confirmed to FOX 17 that the man in the chase is also a suspect in an ongoing homicide investigation.

“All individuals are safe. There’s been nobody injured,” Kent County Sheriff Michelle LaJoye-Young said. "There were shots fired at police officers, but police officers did not fire back. They were able to bring him in custody after an accident."

LaJoye-Young tells FOX 17 that during the chase the suspect shot at officers at least three different times.

“The initial traffic stop was after an officer witnessed a wrong-way driver on M-37 in the northern part of the county, so he initiated a stop after witnessing very dangerous driving, and then the rest of it occurred after that."

No officers were injured, but police say the suspect struck a cruiser during the pursuit,” Walker Police Chief Greg Long told FOX 17. “A Walker cruiser was hit but the officer was not," he noted. "The officers did not return fire due to the nature of the corridor of Alpine Avenue and the danger to the citizens."

Deputies are still early in their investigation. The suspect is in custody, and police have not yet released a name.