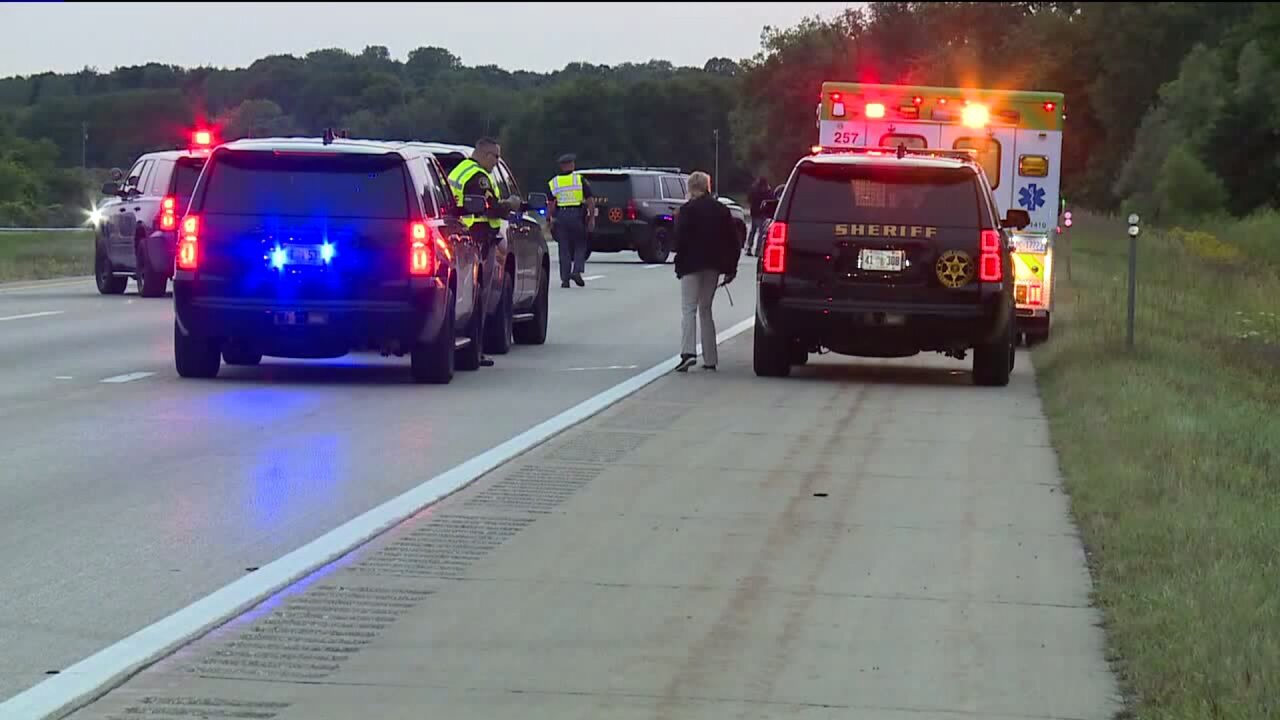 MUSKEGON HEIGHTS, Mich. — The suspect who led police on a chase along M-37 and I-96 Monday evening was sought in a double shooting in Muskegon Heights that left a woman dead and a man in critical condition, Muskegon Heights Police Chief Joseph E. Thomas tells FOX 17 News.

Thomas said the shooting victims were the suspect’s father and the father’s girlfriend.

The suspect’s identity has not been released nor has an arraignment date.

Related: Suspect shot at police 3 times during chase that ended on I-96