Gun groups sue over SOS ban on firearms at the polls

The lawsuit will be sped up and settled before election day 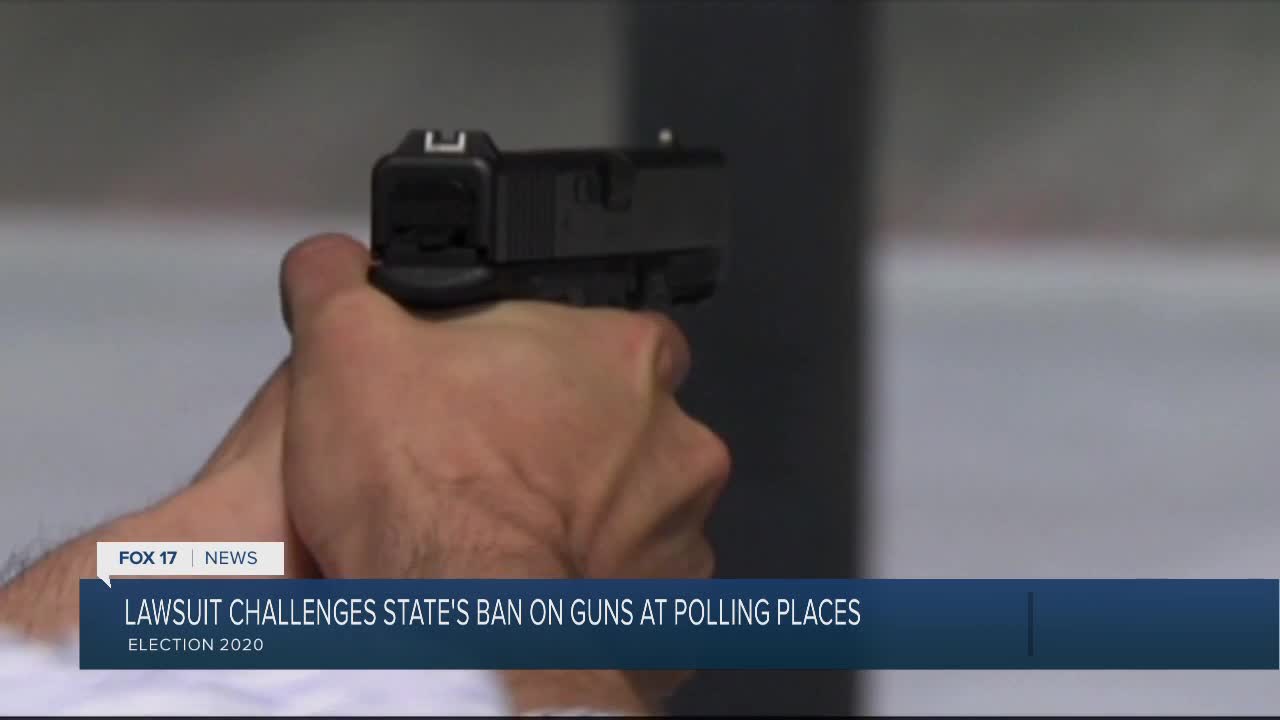 GRAND RAPIDS, Mich. — Three gun rights groups in Michigan are suing the Secretary of State over her office’s recent ban on firearms at all state polling places.

The directive was issued on October 16th and was co-authored by state Attorney General Dana Nessel and Michigan State Police Director Joe Gasper, who are also named in the lawsuit.

“This runs contrary to Michigan law,” said Jim Makowski, corporate counsel for Michigan Gun Owners. “The regulation of firearms is up to the legislature.”

The Secretary of State has told FOX17 the open carrying of guns at polling places, especially in schools, churches and other typically gun-free zones, would serve to make voters feel uncomfortable. She also notes an uptick in activity her office has seen in online activity related to voter intimidation by militia groups. As the state’s chief elections officer, the SOS is given wide authority over rules at polling precincts.

In a statement, a SOS spokesman said:

“The Supreme Court has consistently held that the right to vote is a fundamental right foundational to our democratic society and preservative of our other basic rights. As the state’s Chief Election Officer the Secretary has a duty and responsibility to protect that right and to provide much needed clarity to voters and election workers on the existing state and federal laws that prohibit voter intimidation, harassment and coercion.”

Currently, Michigan has no laws explicitly preventing guns at the polls. A recent report by two gun violence advocacy groups identified Michigan as one of five swing states that have none.

The Michigan Court of Claims, where the lawsuit was filed, can expedite elections cases so the timeline will now move rather rapidly. The Secretary of State has until Monday at 5 p.m. to respond to the suit, the plaintiffs then have until Tuesday at noon to respond to that, and if a judge decides oral arguments are needed, they could begin by 2 p.m. that same Tuesday. In all likelihood, whether the ban is upheld or overturned, we’ll likely know well before election day.

“I’ve never had a case that moved forward this quickly,” said Makowski. “I’d like to think that’s indicative of how the court’s going to rule.”