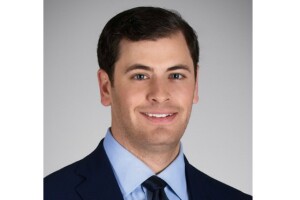 Doug joined the FOX17 News team in June of 2015. A Boston-area native, he traded the sweltering heat of Albany, Georgia for the more familiar climate of the Midwest.

After graduating from the University of Maryland and working at WFXL in Albany for two years, Doug came to FOX17 as a general assignment reporter, Problem Solver investigator, and weekend morning anchor. Following the departure of long-time anchor Christian Frank in October of 2017, Doug rejoined his weekend morning co-host Annie Szatkowski on the desk full-time, anchoring the 5 and 11 p.m. newscasts every weeknight.

Doug has filed reports from the cockpit of an F-18, the 2016 World Series, and aboard an aircraft carrier miles out at sea – to him, the more eccentric the story, the better! Reach out on Twitter, Facebook and Instagram with YOUR stories!
https://www.facebook.com/dougreardon17/?ref=bookmarks
https://twitter.com
https://www.instagram.com/doug_reardon/