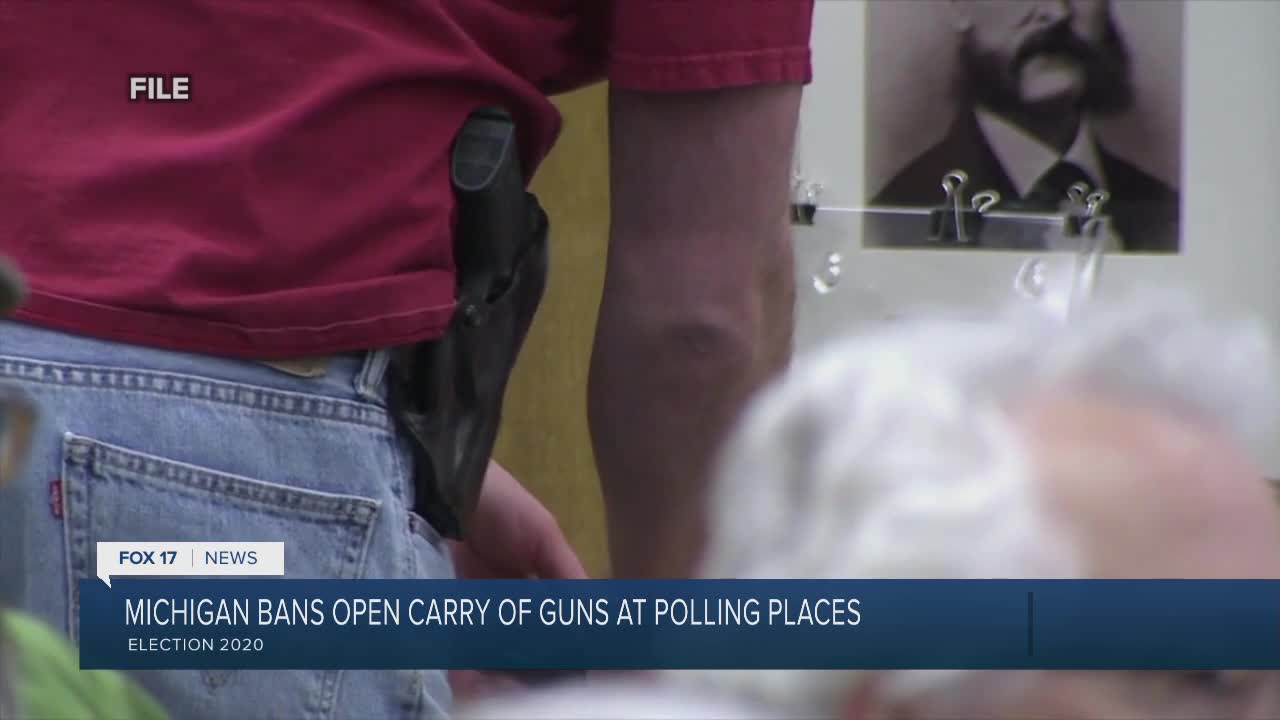 GRAND RAPIDS, Mich. — Secretary of State Jocelyn Benson issued a directive Friday clarifying Michigan’s laws on guns at polling places. Although Michigan is an open-carry state, the directive bans the open carry of firearms inside all polling locations and within 100-feet of precincts.

The directive was crafted with input from both Attorney General Dana Nessel and Michigan State Police. All three agencies had received questions on the legality of carrying guns at precincts. The announcement means guns will be banned inside all polling places, not just precincts that are typically gun-free zones like schools and churches.

“It was after looking at how those various laws interact that it became clear that open carry in a voting location can be a form of voter intimidation and because of the way the laws work, that’s not allowable,” said Jake Rollow, spokesman for the Secretary of State. “Every voter has a right to cast their ballot free of intimidation, harassment, coercion, any of those things.”

“[t]he open carry of a firearm is prohibited in a polling place, in any hallway used by voters to enter or exit, or within 100 feet of any entrance to a building in which a polling place is located.”

The directive is in place for the 2020 general election, but also subsequent elections moving forward.

Rollow recommends that if voters see a violation of the directive at their precinct, they should simply alert an election worker or call 911 in an emergency.