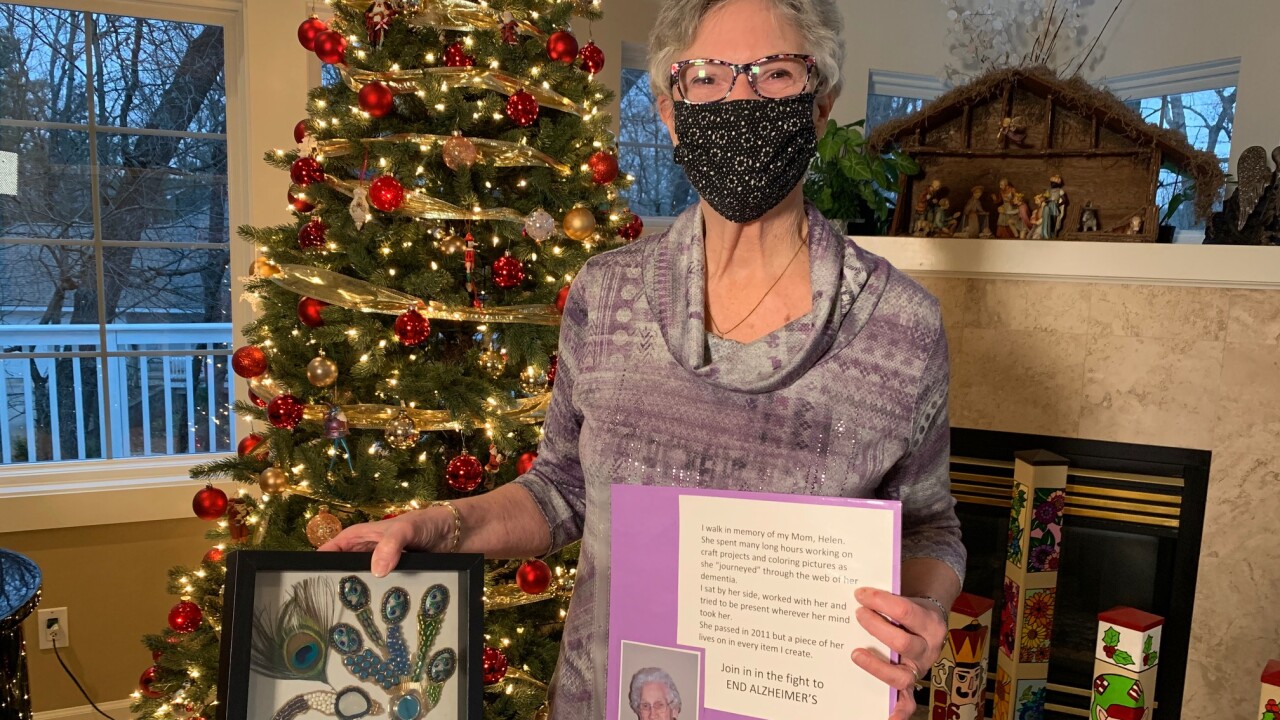 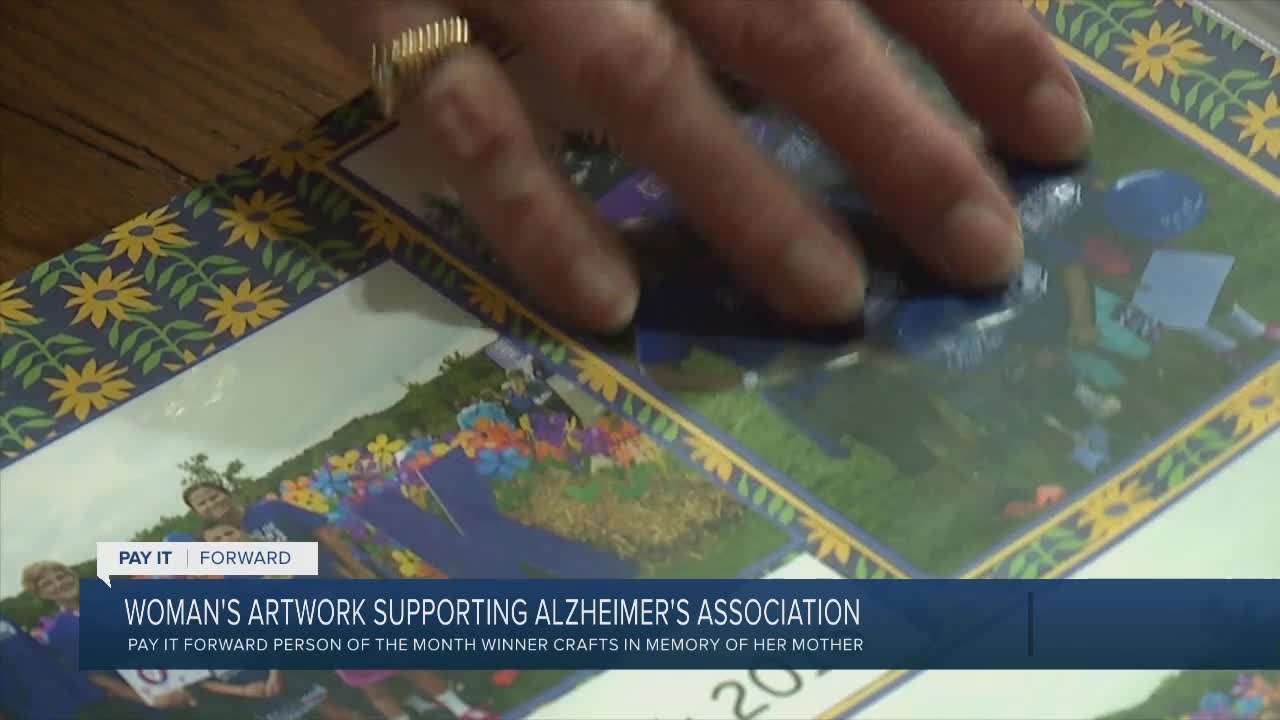 ROCKFORD, Mich. — Art has always had a special place in Chris Waleskowski's life; but it wasn't until she retired that she was truly able to indulge her creative side.

"I've enjoyed doing things, crafty things. I was always doodling, if I was working at a desk or on a phone call," she told FOX 17 News. "I kept saying I'm a nurse, I'm not an artist, but if you want to create, you create. You get an enthusiam in you when you start doing it."

Creating art became a way for Waleskowski to connect with her mother, after she was diagnosed with dementia.

"Everybody has something, well this is my cause," she explained. "This is therapeutic for me, because I was going through it with my mom."

Waleskowski began by selling her items, and donating all the proceeds to the Alzheimer's Association where she lived in Ohio at the time. In 2012, she relocated to Michigan after her mother passed away and continuing crafting.

She has donated 100 percent of her proceeds to the Alzheimer's Association's "Walk to End Alzheimer's" each year.

Waleskowski paints custom garden poles, and has even used some of her mother's old costume jewelry to create intricate beaded mosaics. Her pieces are typically sold by word of mouth, or at craft fairs or farmer's markets.

She buys all of the supplies with her own money.

More than anything, it's a way for Waleskowski to remember and honor her mother; knowing a piece of her lives on in every piece she creates.

I know she's with me, she's with me guiding me, keeping me out of trouble," she said. "It makes me feel good... and you know, it just warms your heart when somebody appreciates what you've done."

As the FOX 17 and Lake Michigan Credit Union Pay it Forward Person of the Month, Waleskowski is receiving a $300 prize.

Meet Wendy Marble, our November Pay it Forward Person of the Month.