50K cans and counting: How a woman in Barry County is raising money to help animals 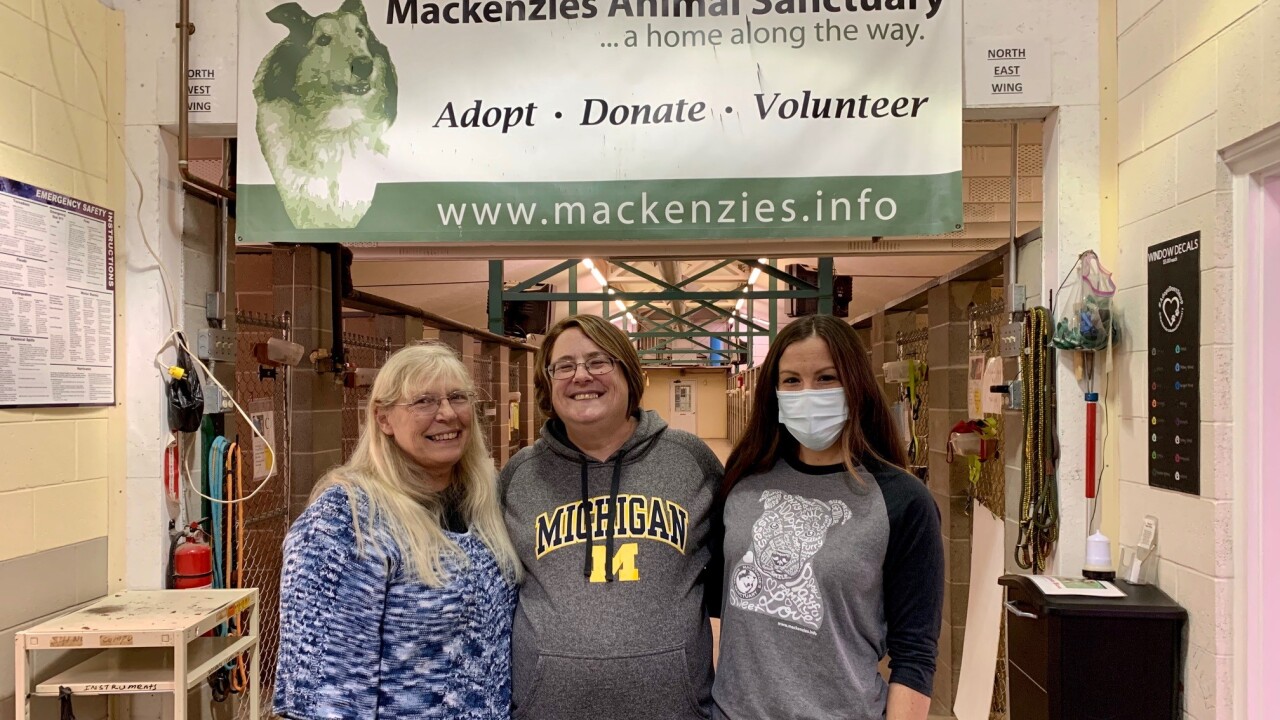 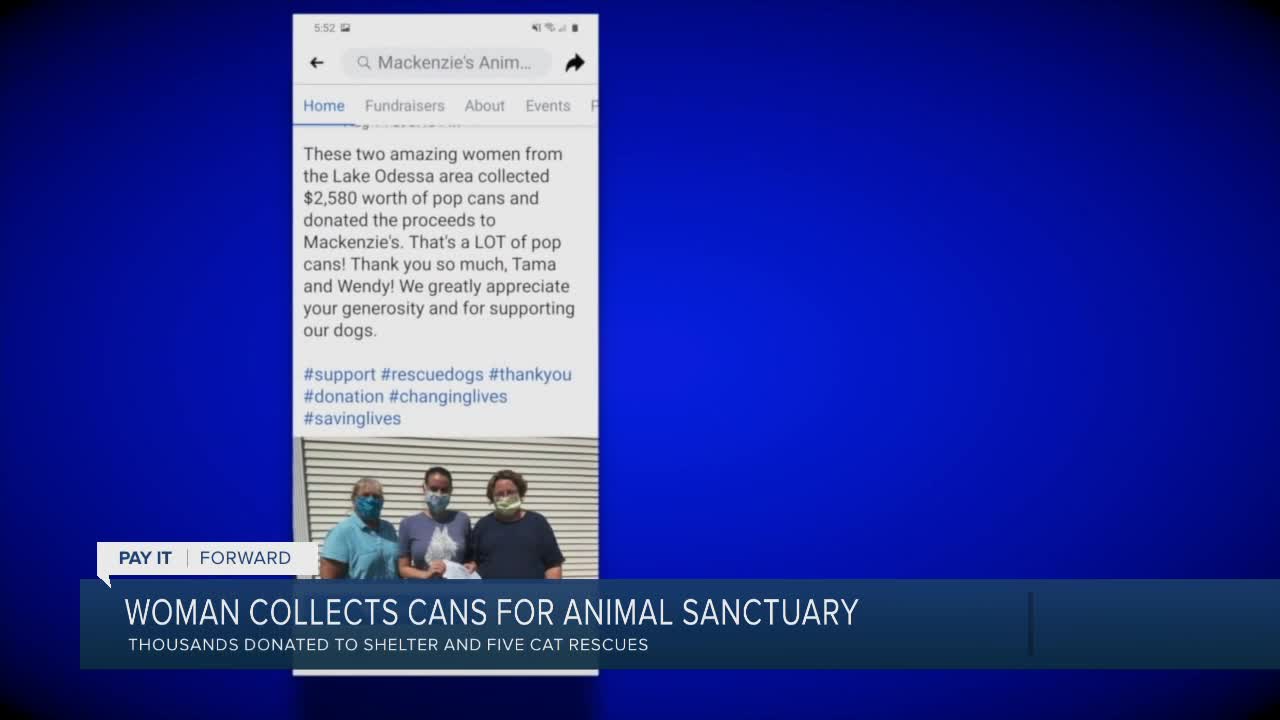 LAKE ODESSA, Mich. — Wendy Marble has found a big positive to all the cans and bottles piling up during the pandemic.

"I had all these pop cans sitting around, of course from when they shut the machines down, end of March," Marble told FOX 17 News. "And I decided what can I do with them to you know, make something good come out of them."

Marble came up with the idea of using the bottle deposit money to donate a check to Mackenzie's Animal Sanctuary.

"I love animals, I always have," she said. "I just wanted to help them, and it meant something to me to be able to do it."

Marble started with the cans she had at home, but then decided to also throw the idea out on Facebook.

The response was overwhelming.

That's when Marble enlisted the help of her best friend Tama Allerding; knowing it would take some time for the pair to return all the cans due to daily bottle return limits.

"When she showed me the cans for the first time I thought I was gonna pass out," recalled Allerding. "Her whole garage was just full."

But, it didn't take very long for the money to start adding up.

Marble was able to drop off her first check to Mackenzies for just over $2,500 dollars.

"And then I thought, why am I stopping? There's still people that don't want their cans," said Marble."So I got them another thousand and dropped that off."

Autumn Russell-Hubert, the General Manager at Mackenzie's, said the money is a big help.

"Everybody's just stockpiling cans, and for her to go and actually take pop cans in and collect them for Mackenzie's and other rescues, we just thought it was amazing," she said. "Right now with Covid, there's a lot of dogs starting to be relinquished, so that money helps us, help more dogs in need."

Marble hasn't slowed down. She's continued to collect cans all over West Michigan, raising money for several other animal rescues.

"I think probably by the end of November, I will be at [$7,000 dollars raised]," Marble explained. "It didn't cost me anything other than gas, of course, to pick them up."

Marble isn't sure how long that she will be collecting cans, but is passionate about helping animals in need.

"I'm doing it for the animals, I'm wanting to help," she said. "I really loved being able to help. It made me feel good to be able to do this. And I hope others will do this."

Marble is currently working to raise money for the Barry County Humane Society.

As the FOX 17 and Lake Michigan Credit Union Pay it Forward Person of the Month, Marble is receiving a $300 prize.

Meet Patrick Kampf, our October Pay it Forward Person of the Month.