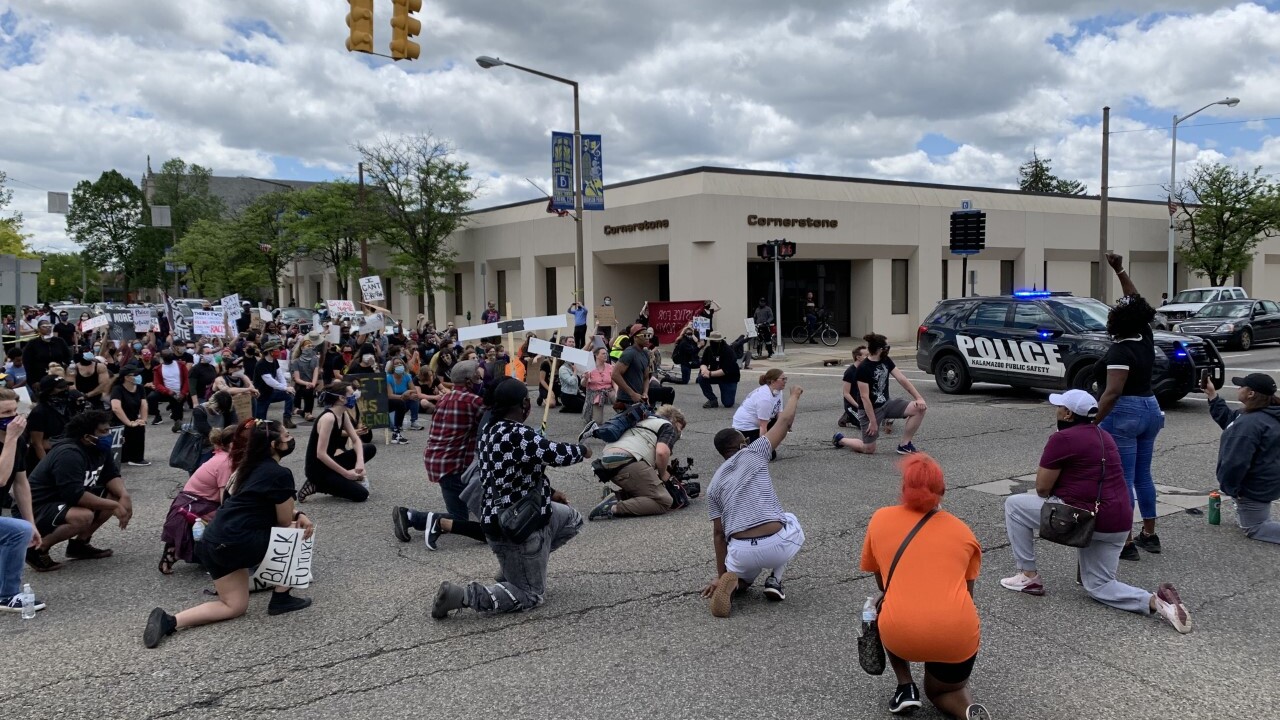 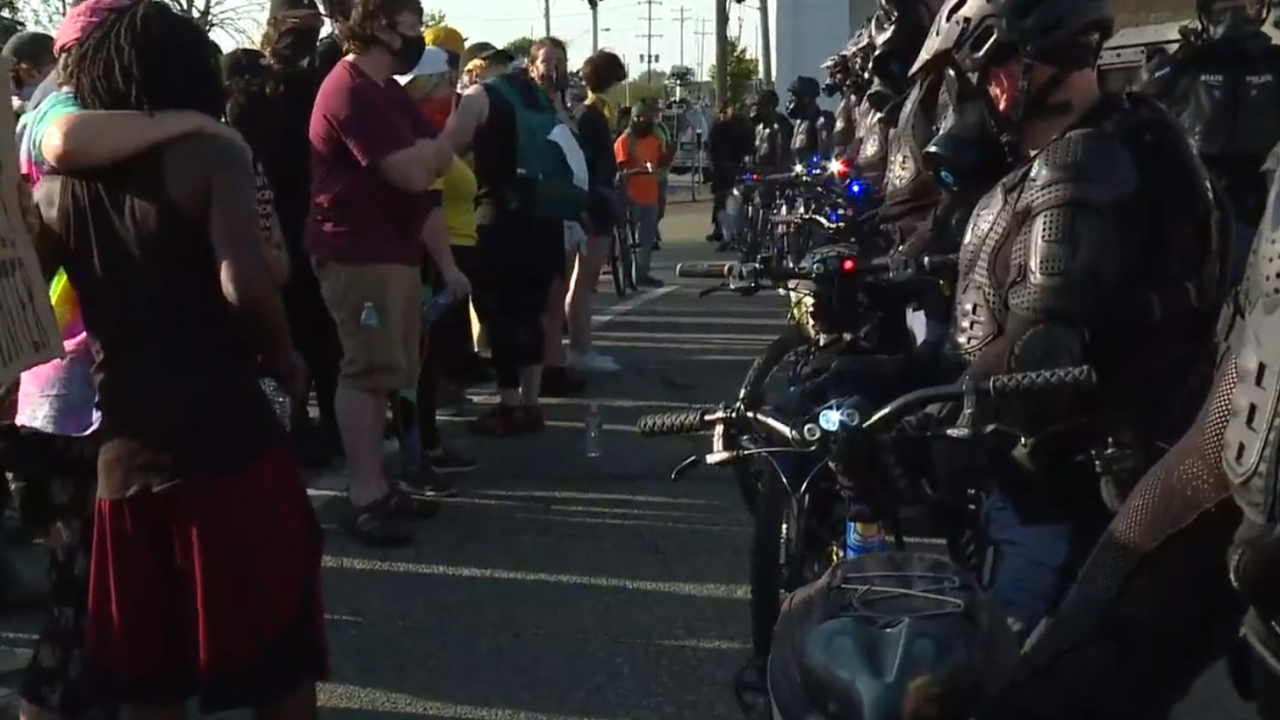 KALAMAZOO, Mich. — The City of Kalamazoo has lifted their curfew, Wednesday.

The curfew, put in place Tuesday after Monday night's riots, only lasted one night.

A group of protesters stayed out past the curfew, Tuesday.

The city says they're pulling out the National Guard, Michigan state police and other agencies from the city unless they are needed in the future. Kalamazoo Public Safety, however, will continue to patrol the city and neighborhoods, specifically around vacant buildings.

They are paying close attention to empty buildings after two separate fires were set over night, both of which spread to three different homes.

One of those vacant buildings was about to be converted into 8 affordable apartments.

The city said in a statement,

This will help protect residents, homes, and property in every neighborhood in the city and differentiate people engaging in legitimate, needed protests from people seeking to cause destruction and harm in our community.

They are asking residents to stay alert for potential crimes and report them to the police.

The city says they encourage and welcome lawful protests and demonstrations.