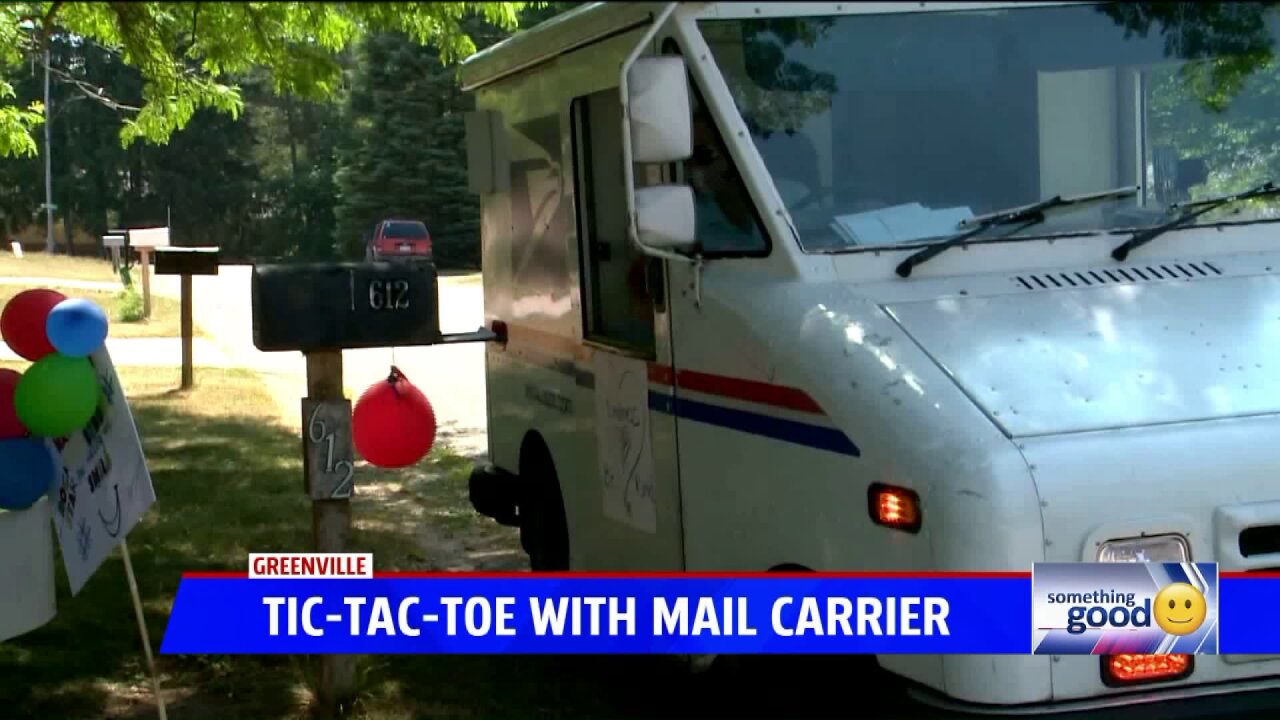 GREENVILLE, Mich. — Hosanna Dombak has found a new way to entertain herself while she's away from school and her friends. She's struck up a 'tic-tac-toe' competition with someone who drops by her house everyday: her mail carrier DeAnna.

“It was last week I came out and checked the mail and I had seen that it was just right in the opening of the mailbox," explained Tara Dombak, Hosanna's mother. "As soon as you open it, you seen it. It's just right on the lid there. And they had already been playing a couple days because there was a few X's and O's on there. And I just thought it was the cutest thing ever.”

Dombak said she got the idea from a popular social media app.

"[Hosanna] told me she found it on TikTok. And I was like, oh, there's so cute, but I thought it was cuter that the mail lady was still taking, you know, the time to quickly put an X or an O in there.”

The game was too cute not to share with her community.

"I had posted on 'Greenville Matters' Facebook page, because I wanted a little bit of positivity, with everything that's going on something that, you know, just brings people closer together and just that heart feeling, warmness that everybody needs right now."

DeAnna was unable to go on camera for an interview, but dropped by the house Tuesday with signs and balloons, thanking Hosanna for making her smile and calling her an "essential customer".

No word on who's winning the game, but FOX 17 has learned the competition extends to another home in the neighborhood, where DeAnna is playing a game of 'tic-tac-toe' with another little girl as well.