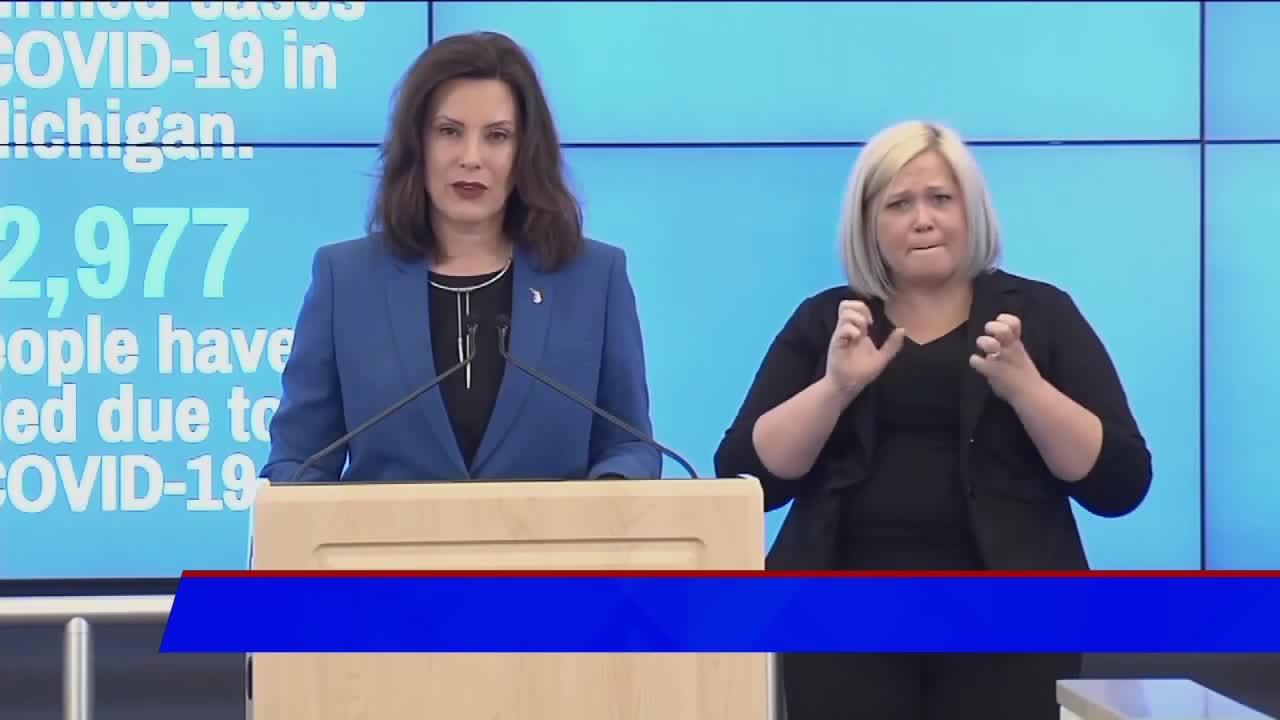 Landscapers, lawn companies, plant nurseries, bike repair shops and garden centers at big-box retailers can all open back up immediately, with the provision that their customers social distance and their employees are provided with necessary protective equipment like masks.

Certain recreational activities like motorized boating are now allowed too, as is golf, albeit without carts.

Some stores that sell non-essential items are also allowed to open for curbside pick-up and delivery only.

The order also allows Michiganders to travel to other homes they may have in the state. The governor strongly cautioned against it unless absolutely necessary.

“While it’s understandable to be lured by the phenomenal beauty of this great state and hit the road, we know that our rural hospitals are simply not equipped to meet an influx of people who may bring or spread the virus,” Whitmer said.

“Today’s announcement is a step forward,” Whitmer said. “There is and will be light at the end of the tunnel.”

The new order is effective immediately and comes after days marked by protesting in the state capital. It also requires people wear masks in public enclosed places like supermarkets or pharmacies.

“As isolated as we feel, and as stressed as we are about getting back to work, re-opening up businesses – we know that if we do it too fast, a second wave is likely, and it would be even more devastating than the moment we are in," Whitmer said.

The announcement came on the same day Michigan lawmakers held a special legislative session and passed a resolution to set up the Joint Select Committee on the COVID-19 Pandemic. The bipartisan oversight panel will review the governor’s handling of the state’s outbreak.

“This is not about being Republican or Democrat,” said Michigan House Speaker Lee Chatfield, R-Levering. “This is about ensuring that people around our state that are frustrated or frightened or concerned have a voice and are at the table.”

Republicans in the GOP-led House and Senate have been largely critical of the governor’s response to the pandemic, and her March 24th decision to shut down non-essential business.

“There’s a lot of people who are frightened or frustrated,” Chatfield said. “They’ve had their livelihoods taken away. They’re being told that they can’t work a job and take care of their family. We have to start asking ourselves in Michigan, ‘What activities can we do safely?’ That’s what other states are doing. Michigan is an outlier.”

Michigan’s 3,000-plus deaths is third highest number in the country, behind only New York and New Jersey.

The Legislature also took up two bills aimed at limiting the power of the office of the governor. The first would repeal the 1945 Emergency Powers of the Governor Act, which makes declaring a state of emergency the sole power of the executive branch. If passed, that decision would become a responsibility shared between the governor and the legislature.

The second bill aims to establish the duration of those orders at 14 days, instead of 28 days.

The votes and their likely success are largely symbolic. Whitmer has already promised to veto the bills, and though they hold a majority in both the state’s House and Senate, Michigan Republicans don’t have the two-thirds majority needed to overturn a veto.

“I believe we can take COVID-19 seriously, yet be more reasonable in our approach, said Chatfield.