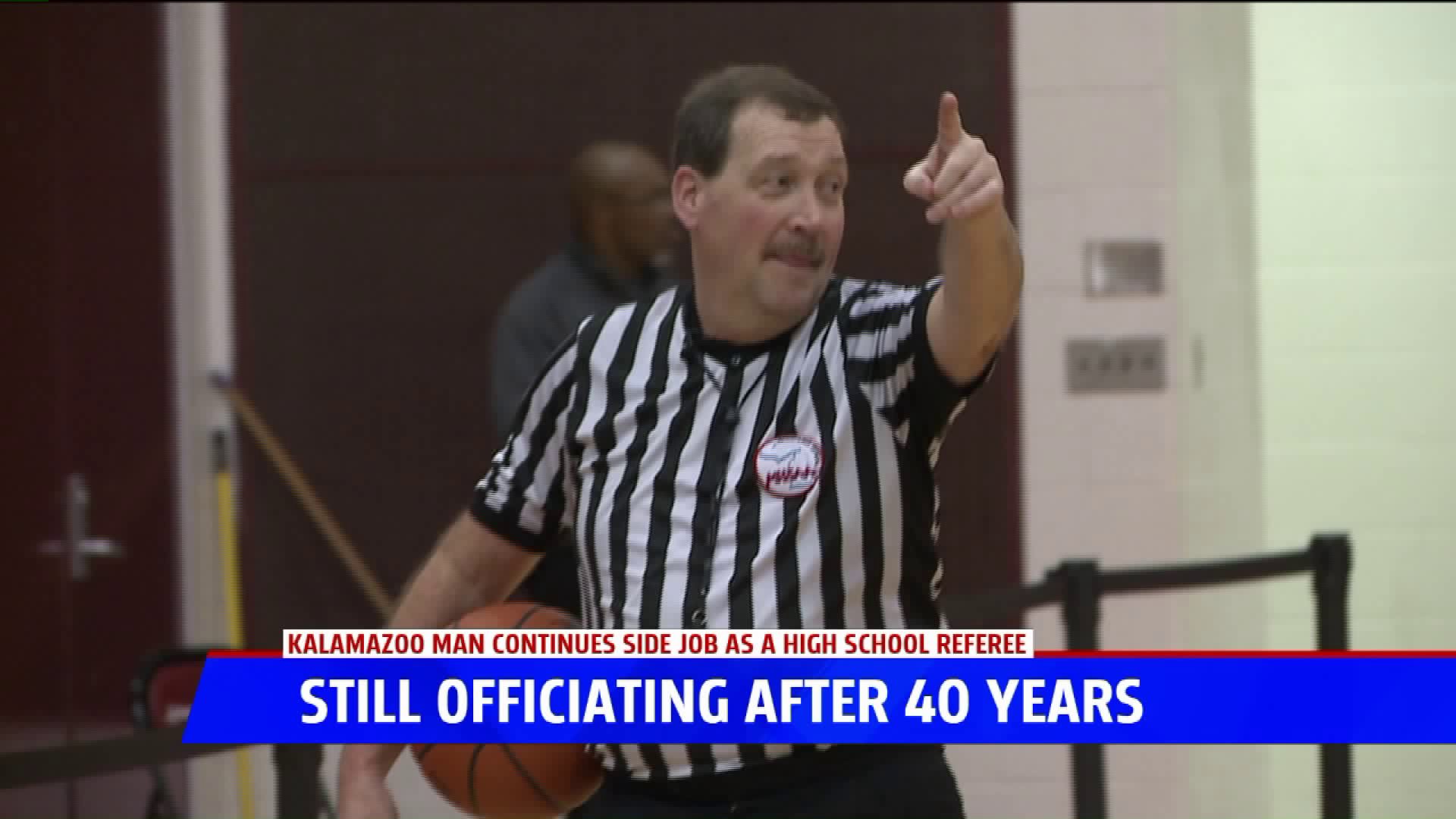 KALAMAZOO, Mich -- Jim Ketelaar of Kalamazoo has been refereeing West Michigan high school sports for the past four decades. His decision to officiate stems from his love for athletics.

"I got into officiating right out of high school I played football, basketball and baseball and wanted to be involved in the game and I wasn't going to play collegiately," Ketelaar says.

A lot of people don't realize the running that officials do during games, especially during basketball season.

"You really have to be physically fit, especially in basketball," the Kalamazoo native stated, "when a team calls a timeout we don't get to call a timeout."

The MHSAA, like many athletic associations, are looking for referees after they recently announced that the number of registered officials has dropped each of the past ten years.

According to a study by the National Association of Sports Officials, the average age of high school officials is nearly 50 years old and they're always looking for younger adults to fill the voids of those that hang up their whistles.

As for Ketelaar, he's not planning on retiring from high school athletics anytime soon.

"How long can i do this? I don't know," he laughed, "as long as my legs are still underneath me and as long as I can still get up and down the court."

However, when you do anything for forty years, you're going to become familiar with names and faces.