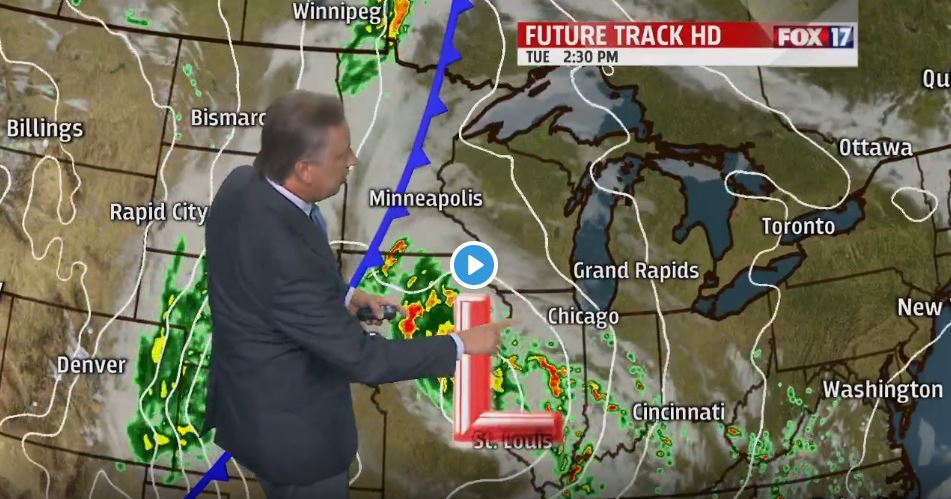 Hot and Humid on Tuesday 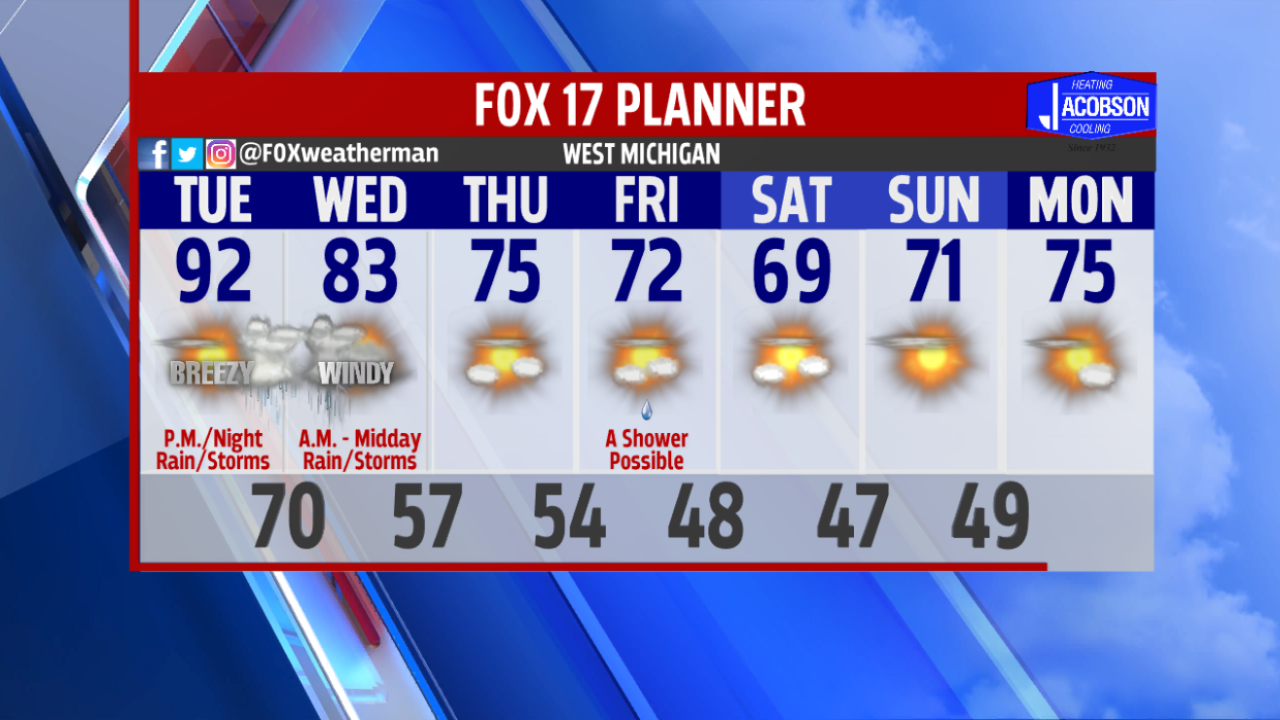 WEST MICHIGAN — The forecast from FOX 17 Chief Meteorologist Kevin Craig: Quiet conditions continue overnight and through at least the first half of Tuesday, but the remnants of Cristobal will impact the area Tuesday evening into Wednesday morning. We expect scattered showers and thunderstorms as this feature moves through, along with increasing winds and beach erosion on Lake Michigan by Wednesday afternoon and evening. Some of the storms could be strong or even severe Tuesday night into Wednesday morning, with high winds and an isolated tornado being the main threats.

TONIGHT: Mostly clear to partly cloudy and warm. Lows in the low/mid 60s. Southeast winds at 5 to 10 mph.

TOMORROW: Mostly sunny skies during the morning, followed by increasing afternoon clouds. Breezy, hot, and humid. Highs around 90°, with a heat index peaking in the mid 90s. Southeast winds at 10 to 15 mph.

TOMORROW NIGHT: Scattered showers and thunderstorms. Windy and muggy with lows around 70°. Strong to severe storms are possible. Southeast winds at 15 to 25 mph becoming southerly after midnight.

WEDNESDAY: A chance of showers and thunderstorms, mainly before 2pm. Partly to mostly cloudy and windy with highs in the lower 80s. Southwest winds at 20 to 30 mph becoming westerly in the afternoon. Winds could gust to 40 mph or higher.

THURSDAY: Partly cloudy with a slight chance of a shower. Cooler with highs in the middle 70s.