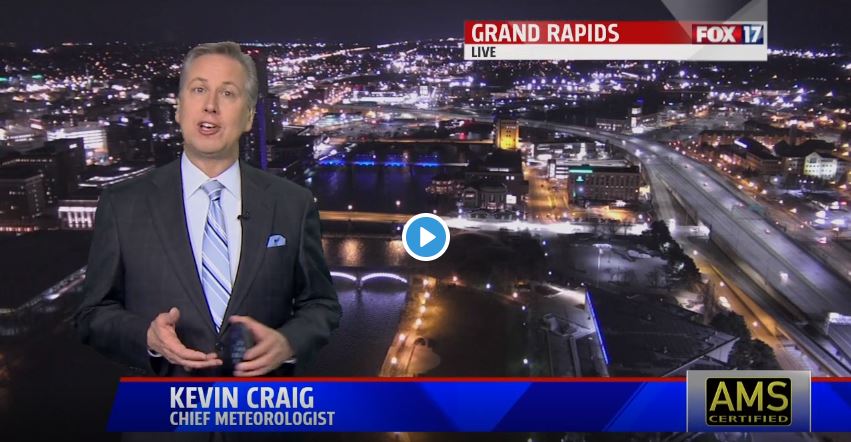 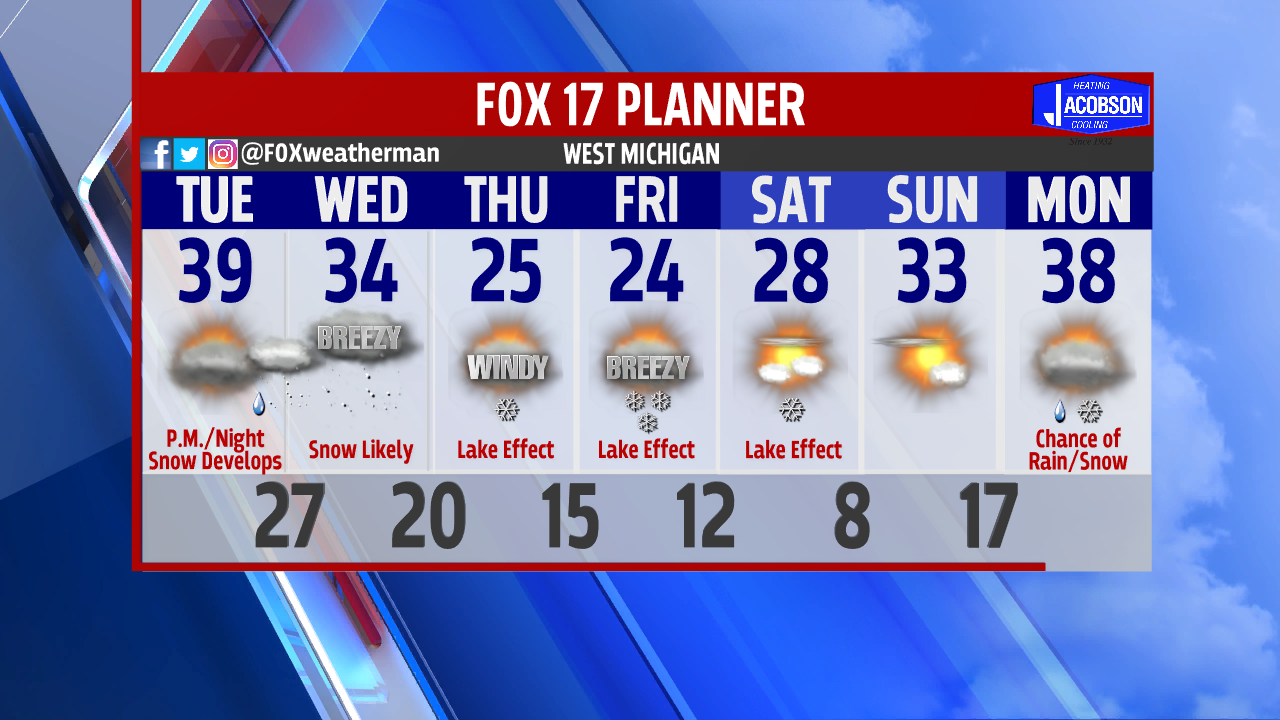 GRAND RAPIDS — The forecast from FOX 17 Chief Meteorologist Kevin Craig: After a quiet start to the week, a big area of low pressure sitting over the central/southern Plains will move up across the eastern Great Lakes Wednesday into Thursday. As this low approaches tonight and passes to our east later this week, expect a light rain/snow mix to eventually change to all snow. Some heavier totals of 4 to 6 inches are possible with this system on Wednesday, especially well southeast of Grand Rapids. In fact, many West Michigan counties along I-94 and south (Barry, Calhoun, Kalamazoo, Van Buren, Clinton, Eaton, and Jackson counties) are under a Winter Storm Watch from Tuesday afternoon through Wednesday evening. A Winter Storm Watch for counties north of I-94 was cancelled early Tuesday by the National Weather Service.

TONIGHT: A chance of widely scattered light rain and snow showers. Little to no snow accumulation expected. Otherwise, mostly cloudy and mild with lows in the lower 30s. Northeast winds at 5 to 15 mph.

TOMORROW: A chance of snow showers, possibly mixed with rain. Precipitation chances will be minimal during the morning, but increase somewhat during the afternoon. Little to no snow accumulation expected. A bit cooler with highs in the upper 30s. Northeast winds at 10 to 15 mph.

TOMORROW NIGHT: Snow showers developing. Up to an inch of accumulation possible. Lows in the mid/upper 20s. Northeast winds at 10 to 15 mph.

WEDNESDAY: Snow likely. Accumulations of 1 to 2 inches expected in many areas, with higher totals possible well south/east of Grand Rapids. Breezy with highs in the lower to middle 30s. Northeast to north winds at 10 to 20 mph.