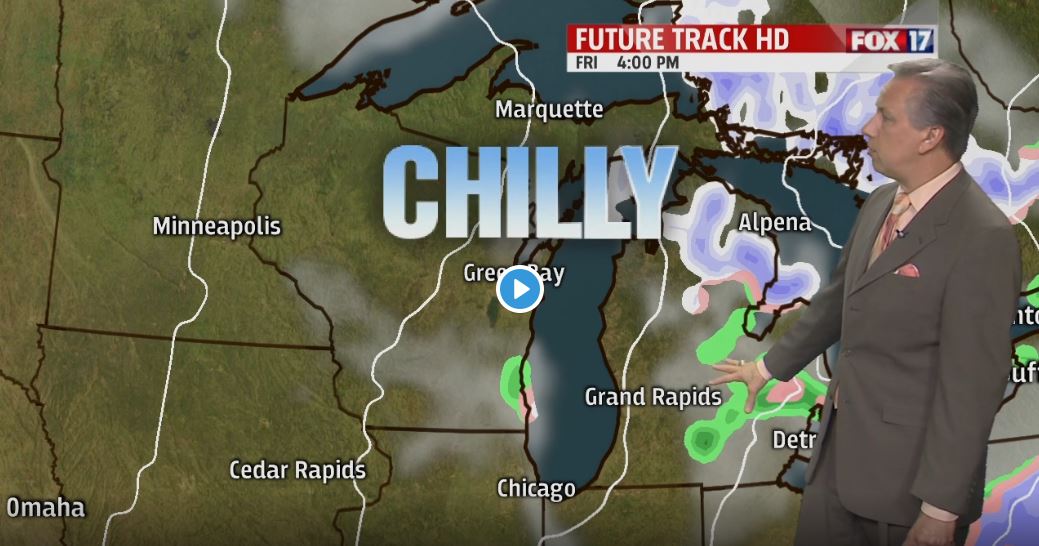 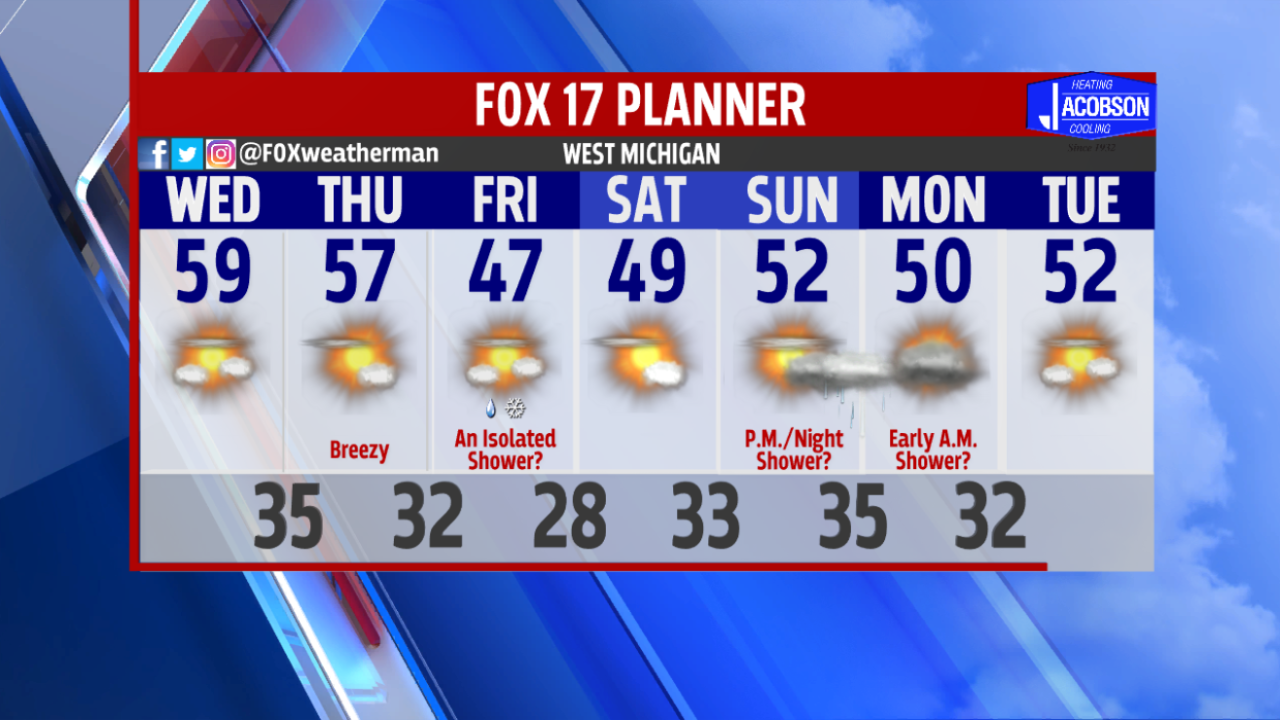 WEST MICHIGAN — The forecast from FOX 17 Chief Meteorologist Kevin Craig: Some sunshine should return to the area on Wednesday with temperatures a little warmer than Tuesday. Temperatures will stay in the 40s both Friday and Saturday, some 20 degrees below average. Frost will be possible the next few mornings, but the bigger concern may be Friday night into Saturday morning with a widespread hard freeze likely. Near record cold is possible with severe damage to fruit buds as lows dip into the mid/upper 20s. Most of the next several days will be dry with only the chance of an isolated shower Friday and again Sunday P.M. and night. Temperatures are forecast to remain well below normal at least through the middle of next week

TONIGHT: Mostly cloudy with the chance of light showers or sprinkles south of I-94. Look for gradually decreasing clouds from Grand Rapids northward overnight. Lows in the mid/upper 30s. Winds northeast/north light.

THURSDAY: Mostly sunny to partly cloudy and breezy. Highs in the middle/upper 50s. Winds southwest/northwest at 10 to 20 mph.

FRIDAY: Partly cloudy to partly sunny and cold. Chance of isolated to scattered rain/snow shower. No accumulation. Highs in the mid/upper 40s.

SATURDAY: A widespread, hard freeze is likely in the morning. Otherwise, mostly sunny to partly cloudy. Still cold. Highs in the upper 40s.