Tonight's Forecast: Not as Cool

Heat and Humidity Build by Tuesday 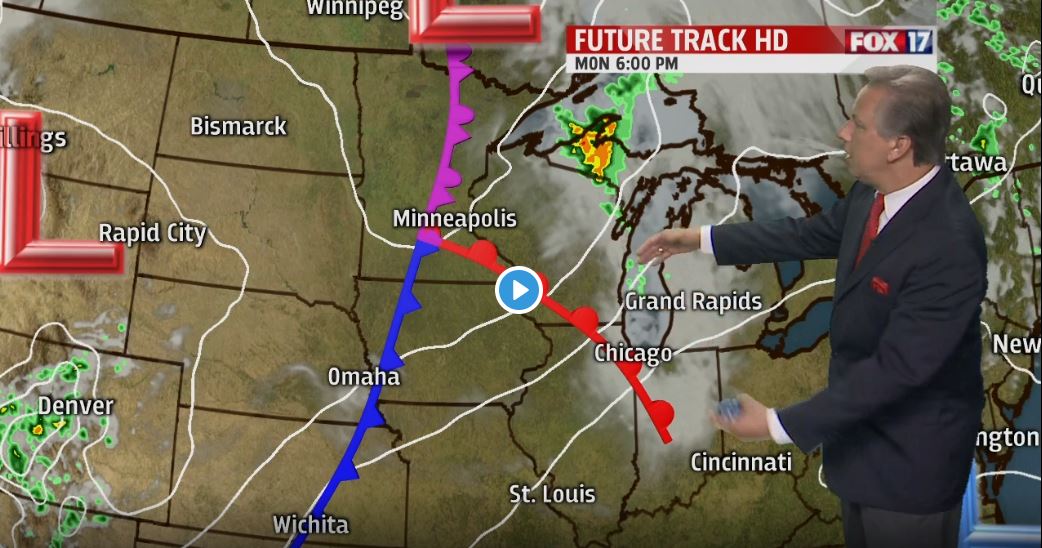 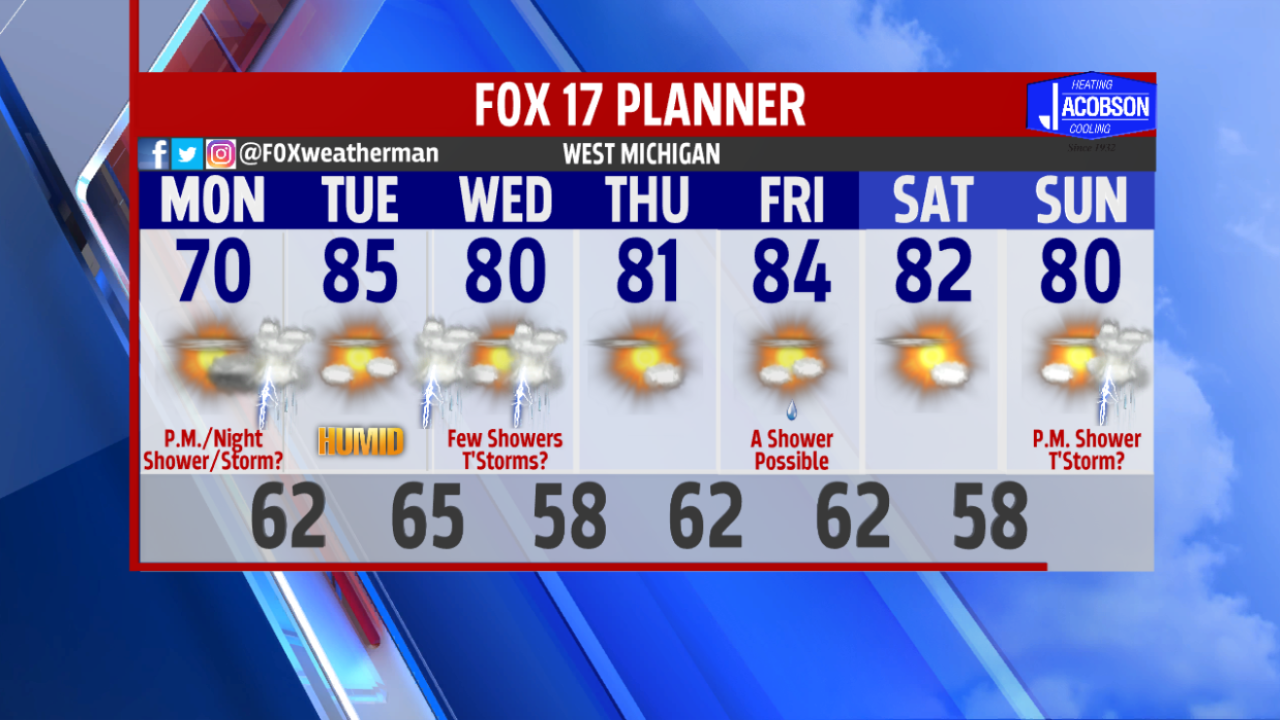 WEST MICHIGAN — The forecast from FOX 17 Chief Meteorologist Kevin Craig: We'll begin our Monday June 1st with sunshine, but the clouds will gradually increase and we'll have the chance of showers by the late afternoon and into the evening. We expect the heat and humidity to build in for Tuesday as a warm front lifts through the state and highs return to the mid 80s. In fact, as June begins this week our high temperatures will generally be above normal most of the time. Normal highs have us in the mid 70s.

TONIGHT: Clear to partly cloudy. Not as cold. Lows in the middle 40s. West/southwest winds at 5 to 10 mph.

MONDAY: Some sunshine early, but the clouds will gradually thicken through the day. A chance of rain showers by the late afternoon/evening, perhaps a thundershower or two. Highs around 70. Southwest at 10 to 15 mph.

MONDAY NIGHT: Mostly cloudy with a chance of showers...perhaps a thundershower. Lows in the lower 60s. Winds southwest at 10 to 20 mph.

TUESDAY: Partly cloudy to partly sunny. Heat and humidity surge back into West Michigan with highs in the mid 80s. Breezy southwest winds at 10 to 20.

WEDNESDAY: Chance of a shower or thunderstorm, otherwise partly cloudy to partly sunny. Highs around 80.