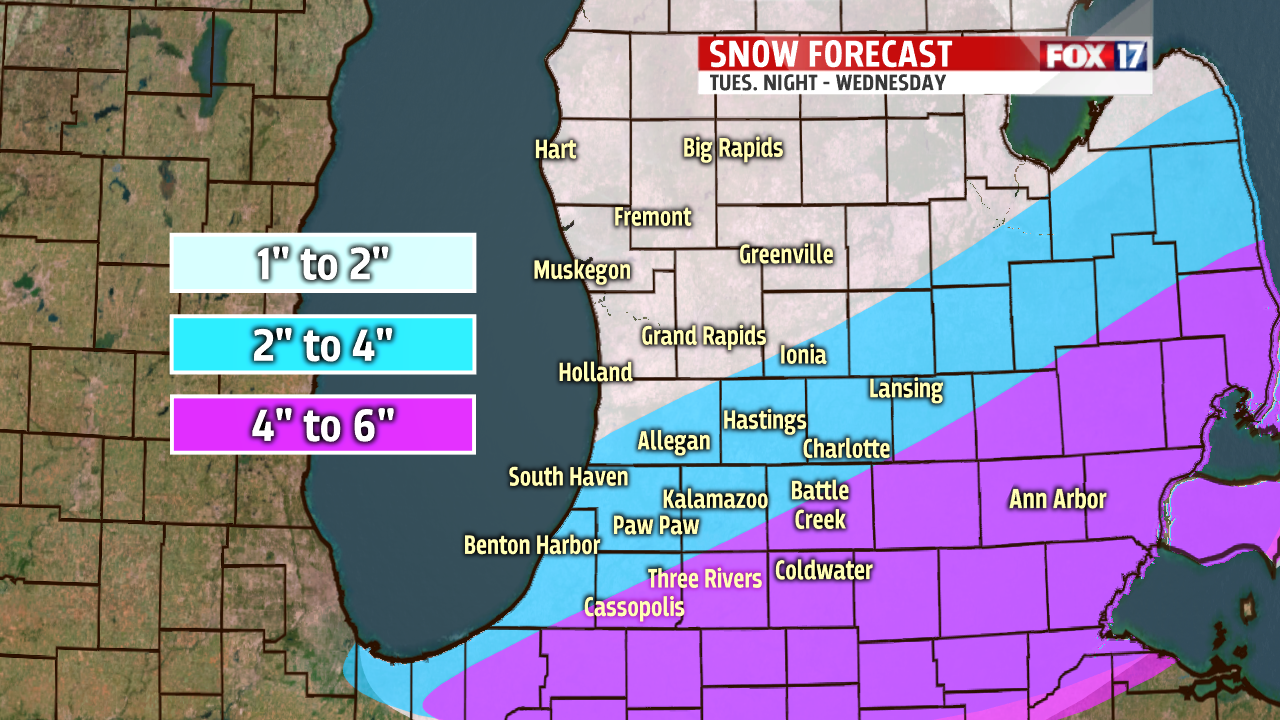 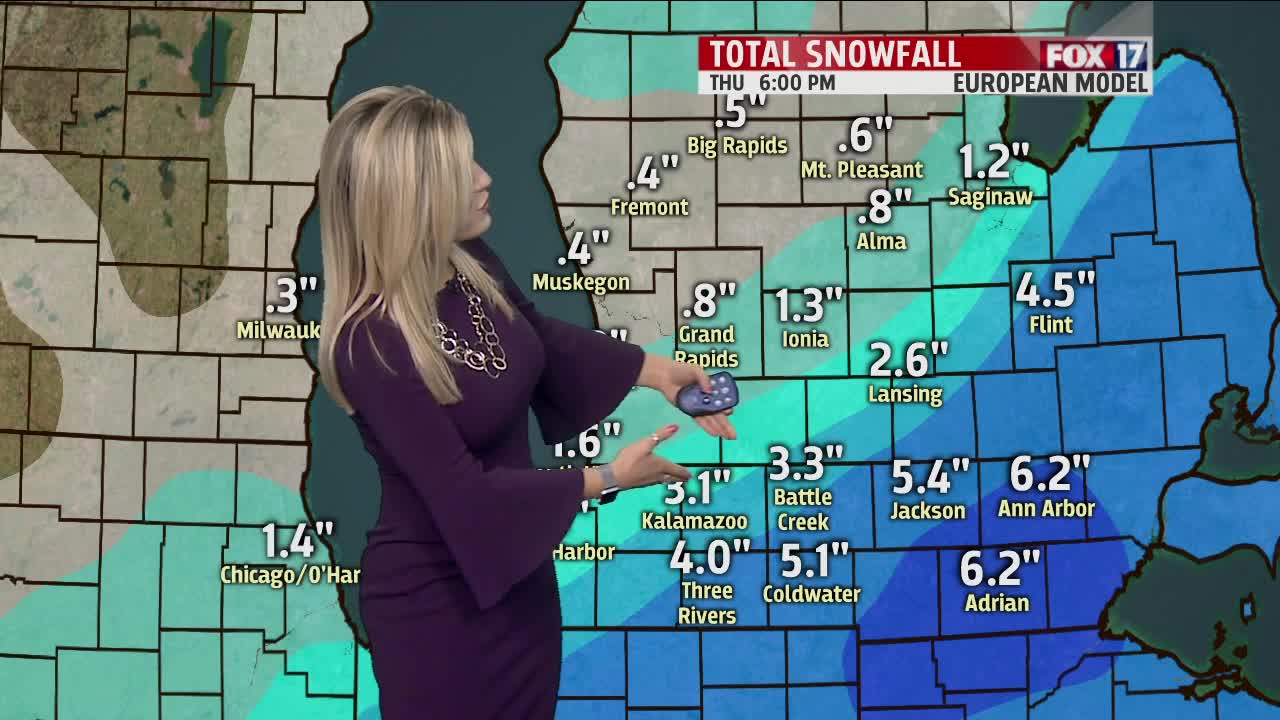 WEST MICHIGAN — After a beautiful warm, sunny weekend, snow returns to the forecast along with colder temperatures this week.

WINTER STORM WATCHES have been posted by the National Weather Service for the southern part of the FOX 17 viewing area, including Barry, Calhoun, Kalamazoo, and Van Buren counties, plus Clinton, Eaton, Ingham and Jackson counties. The time frame of concern is Tuesday evening, Tuesday night, and Wednesday. We believe the heaviest snow (or chance thereof) will likely fall well south and east and east of Grand Rapids, where 3 to 6 inches will be possible. Around Grand Rapids and points north and west, only an inch or two is likely at this point. These totals do NOT reflect any lake effect that will likely fall Thursday and Friday. Additional amounts are likely along and west of U.S. 131 on those days.

The next model below is the NAM, or North American Model. Again, the axis of higher snow is south/east of Grand Rapids.

Don't get too caught up in the exact amount, but note that the trend is further south/east of our main viewing area. The next image below shows the track of this low pressure system through the Ohio Valley. The image is valid for 6 P.M. Tuesday when we expect the snow to start developing.

The next image below is valid for 6 A.M. Wednesday...so our morning and evening commutes on Wednesday will likely be impacted.

The next image below our the WINTER STORMS WATCHES issued for the entire area. This will likely be upgraded/changed/trimmed back on Tuesday for our area as new model runs come in.

Regardless of how this system shakes out, another brief blast of Arctic air arrives Thursday, Friday, and Saturday with highs only in the 20s/low 30s and accumulating lake effect snow possible along/west of U.S. 131. Get the complete forecast at www.fox17online.com/weather.