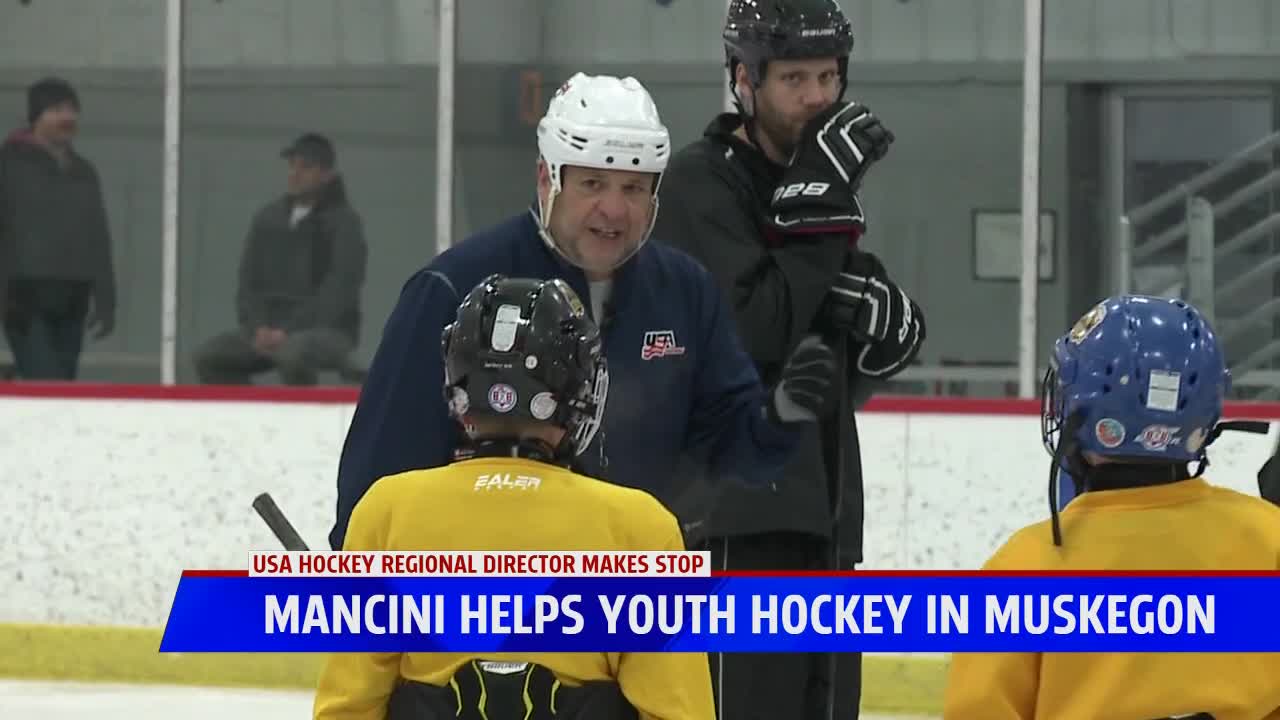 MUSKEGON, Mich. — Over 40 kids from all over West Michigan received some incredible instruction on Thursday night when USA hockey regional manager Bob Mancini made a stop to Lakeshore Ice Center.

Teaching and learning the game of hockey and eight, nine and ten years old isn't easy, but with someone like Mancini instructing, even a few hours goes a long way.

And that's a major part of Mancini's visit as well, not only to teach the kids but to teach the coaches as well and ensure they're developing the youth the right way.

"It's just a great representation of the model that USA hockey is trying to put forward to teach these kids," youth coach Chris Cutter added.

Mancini served as a head coach at Ferris State and as an NHL scout for several seasons as well as coaching for USA hockey. Now, he's in charge of 113 different locations in Michigan and Missouri as USA hockey's regional manager.

"Every time he talks, I somehow find something new to pick his brain about," Cousineau said. "That's why he's so great, he's always open to teaching explaining what he's seeing and what he's doing."

And the kids certainly learned a lot in their time on the ice with Mancini.

"We're just doing basic skills like shooting, skating and keeping your edges," ten-year-old Kyle Malt smiled. "It will be cool to say, 'oh my gosh, an NHL coach coached me,' so I'm going to take all this information he taught us and try to get it so I can do it."

And those involved at Lakeshore Ice Center are hoping a night like this will help the future of hockey in Muskegon and West Michigan as a whole.

"It's everything," Cutter said, "the whole community gets behind it, the kids get excited to see him, the coaches are excited to learn from him."