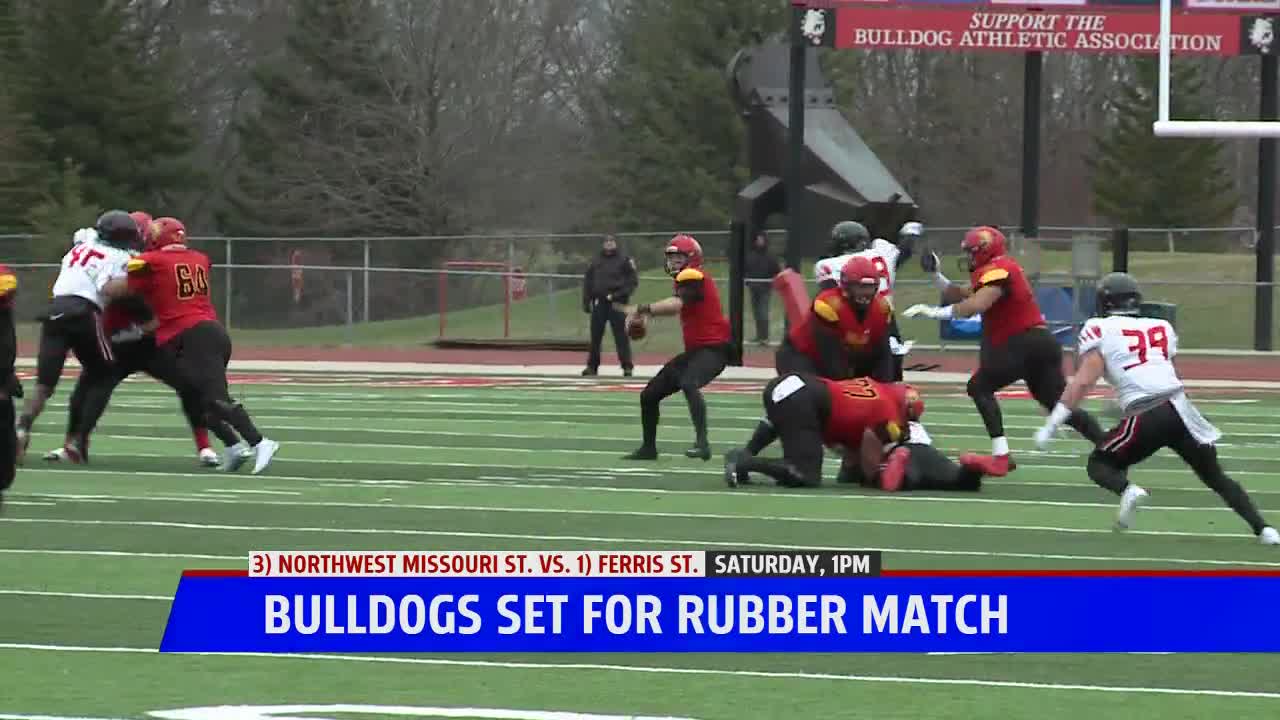 Bulldogs looking for another trip to the national semifinal

"They have been a powerhouse in division two for a long time and we lost to the a couple years ago in the semifinals," junior linebacker Sam Heyboer said. "It's going to be a good rematch, they are a good team, we are excited for it."

Last season the Bulldogs knocked off the Bearcats in the Super Region semifinals at Top Taggart Field.

"We are familiar with a team in Missouri that plays in another conference but it is because of their success," senior quarterback Travis Russell said. "When you are that good for that long, their program as well as ours, we are going to run into each other and we know that we are going to get a tremendous football team that is disciplined that doesn't make mistakes that is going to play physical and hit us in the mouth and we are going to have to hit them back."

This will be the third playoff meeting in the last four seasons between the two programs. Northwest Missouri State beat Ferris State in the national semifinals in Maryville in 2016.

"It's humbling for me to say we ever near a competitive level with a program like this," 8th year head coach Tony Annese said. "Very humbling because when I took over here I didn't dream that this would happen. It is just incredible to say we are 1-1 against Northwest Missouri State and we get a chance to play them again to see who is two and one."

The game is set to kick at 1 p.m. on Satrday with the winner moving on to the national semifinals.