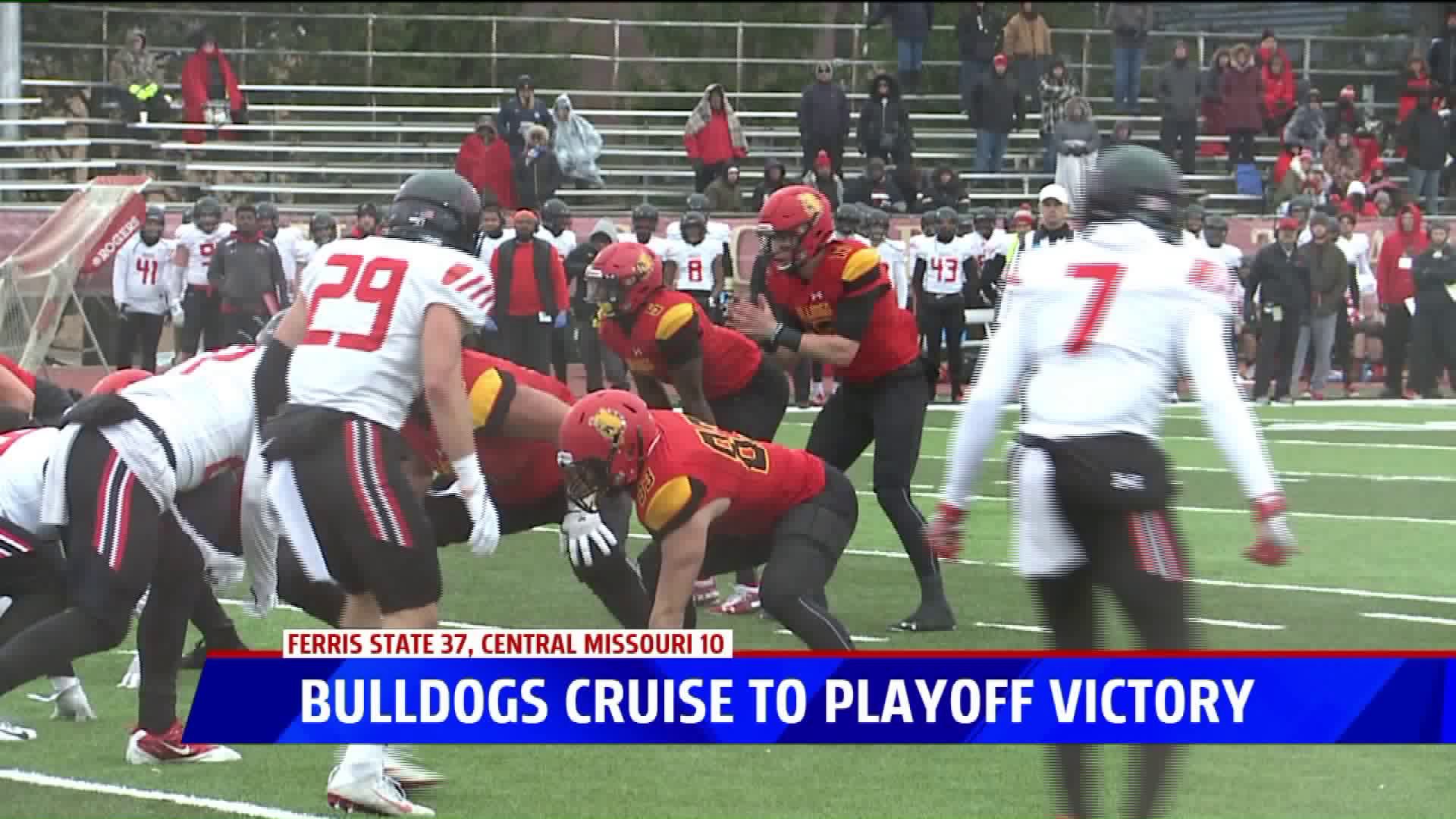 BIG RAPIDS, Mich. — BIG RAPIDS, Mich. -- It was the first game action in three weeks for the Ferris State football team after back-to-back bye weeks. The Bulldogs took on Central Missouri in the second round of the Division 2 playoffs.

The Bulldogs would get off to a quick start, going 72 yards on eight plays capped off by a two-yard touchdown run by Devontae Harrington.

The offense would stall a bit until later in the opening half when Travis Russell connected with Muskegon product CJ Jefferson from 58 yards out to give the Bulldogs the 13-7 lead.

In the second half, Tony Annese would stick to the rushing attack as Marvin Campbell found the endzone three times to lead the Bulldogs to a 37-10 win.

"Both teams had fast starts," Annese said after the game, "I got nervous about the defensive side of the ball for the a second."

The Bulldog defense would figure it out, however, holding the Mules to just 2-of-12 on third down conversions and three yards per carry.

"Four picks by the chain gang," Annese smiled about the four interceptions, "then, the big drive was the 99-yard drive, obviously that takes some wind out of your sails because we went methodically down the field."

The Bulldogs will host Northwest Missouri State in the playoff quarterfinal on Saturday.