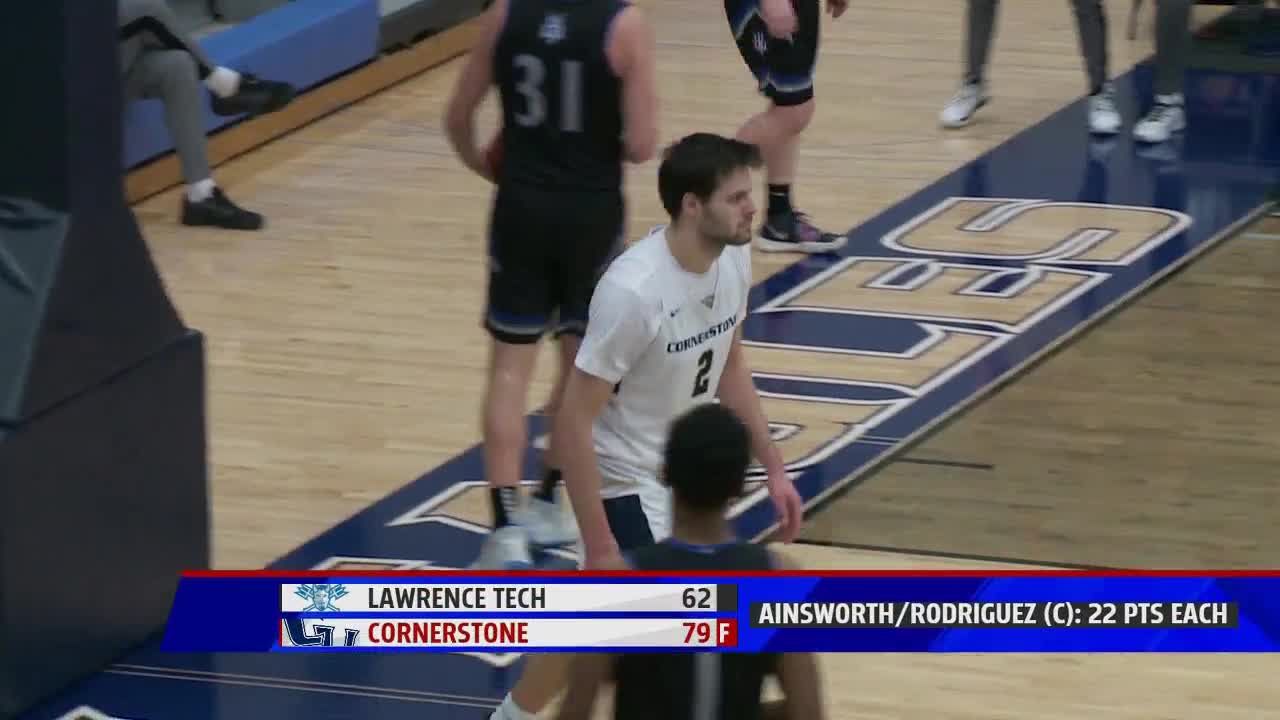 GRAND RAPIDS, Mich. — Kim Elders has coached for 27 seasons at Cornerstone University but no game was more personal than Saturday's against Lawrence Tech. Elders and the Golden Eagles sported '#TolsmaTough' t-shirts and honored Elders' niece, Alexa, who is battling a rare form of cancer.

"Life is more than basketball," Elders said about deciding to host the event, "and we have a family member that is going through a tough time. We just wanted to let her know that we love her, support her, are praying for her and that's she part of our team."

Dozens of family members packed Mol Arena for the game to support the Golden Eagles and Alexa, who was diagnosed with Ewing's sarcoma nearly a year ago. The cancer requires 17 rounds of chemotherapy and surgery, but Saturday was a chance to forget all of that, at least briefly.

"I think it means a lot to Alexa," her father, Matt, said, "she's been battling this disease for 11 months. She's had a horrendous surgery, she's got a little road ahead of her, so I think for this to take place in this stage of where she's been, and where she's come, is going to be a nice pick me up."

And for the family, Saturday was a chance to not forget what they've been through over the past year, but to take a step back and try to enjoy an afternoon together.

"It's really great to be here," Alexa's mother, Laurie, added, "to have Kim, our family here supporting Alexa and the players, it's really neat that they're all in support of her."

A day like today puts the game of basketball into perspective for the players involved as well.

"There's so much more than just basketball and she's fighting for her life," junior Tyler Baker said, "it just meant a lot to us that she could come out today."

Alexa got a chance to witness the community rally behind her as she continues her fight.

The Golden Eagles would win the game, 79-62 to improve to 7-4 in conference play.