Bowl prep helps Western Michigan in 'building of the program' 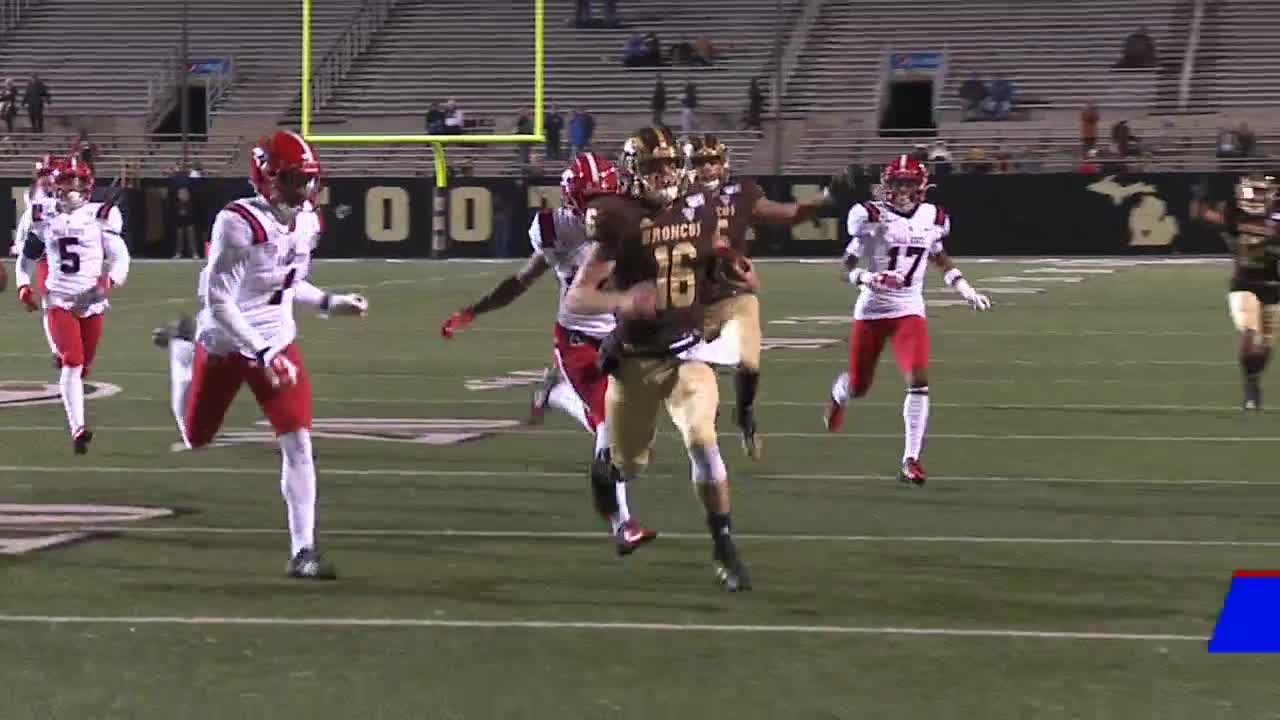 KALAMAZOO, Mich. — Of all the fun and exciting things that playing in a bowl game bring, the Western Michigan football team is most excited about the extra practices they are currently getting in preparation for the First Responders Bowl Dec. 30 in Dallas against Western Kentucky.

"When we played in the Cotton Bowl three years ago, that is really when I started to play a lot better," Bronco senior quarterback Jon Wassink said. "That was my second year here and I remember that we had quite a bit of bowl prep there and I remember getting really confident in myslef and with the offense and that sort of thing. These extra practices are definitely beneficial."

Third-year head coach Tim Lester went through this process last season as his team played in the Famous Idaho Potato Bowl. The extra practices allow him to see several scout team players he hasn't been able to during the regular season.

"It makes a huge, huge difference in spring ball," Lester said. "Our spring ball is going to be better because of what we are doing right now. It's invaluable and we have taken advantage of it, the guys have done a great job."

The Broncos have just one bowl win in school history and want to change that to send the seniors out as winners and set the bar for future teams.

"We want to set the standard for Western Michigan that we go to bowl games every year," senior defensive end Antonio Balabani said. "To set a standard for the new guys coming in that this is not a surprise that we went to a bowl game, it is not a surprise that we won. We expect to go, we expect to win. That is what we want the legacy to be moving forward.

Western Michigan and Western Kentucky are scheduled for a 12:30 p.m. kick at Gerald J. Ford Stadium.