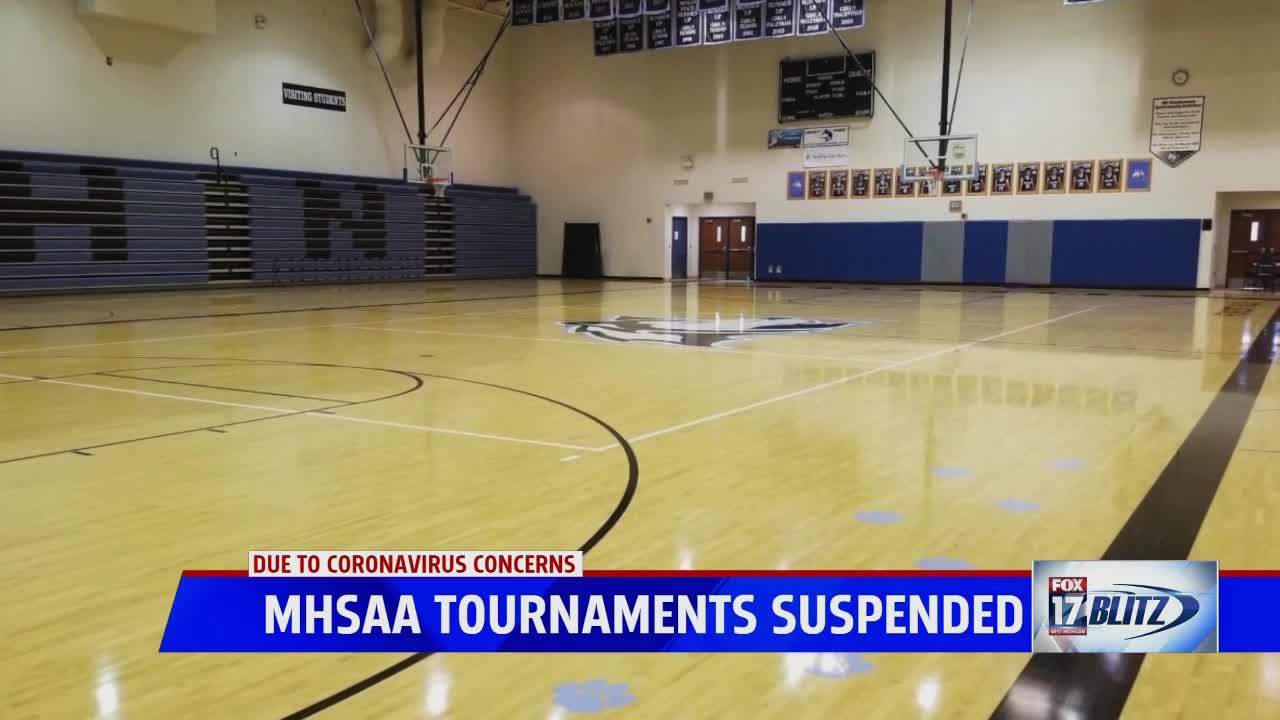 Teams hoping the tournaments can continue

(FOX 17) — There aren't many days that can stop an entire country in its tracks. Unfortunately, Thursday was one of those days.

Coronavirus has had an effect across the globe and now it has led to the suspension of all MHSAA postseason tournaments.

"I think it puts things in perspective in terms of what matters and what's important," East Grand Rapids girls basketball coach Troy Hammond said. "For me, certainly, basketball is a big deal and to the kids we coach, but it's a public health crisis."

Forest Hills Northern boys basketball coach Joe Soules was expecting to practice for Friday's district final against Rockford before Thursday's news. Instead of practicing on Thursday, Soules and his team opted to have a team dinner instead.

"No one really know what's going on," Soules said. "We know we're in an indefinite suspension of play, but we can still practice."

At Grand Rapids Catholic Central, TJ Meerman's team hit the floor, not knowing when or if they'll play again.

"We don't know, we don't know if it's next week Wednesday or Friday until we can play, two weeks from now, or never," Meerman said. "Until we hear more from the MHSAA, we're going to proceed as usual."

Meanwhile Thursday night, girls basketball teams all across the state were expecting to take the floor for the regional finals. The marquee matchup in West Michigan was East Grand Rapids and Hudsonville, two of the top teams in the state.

"We're just trying to stay optimistic, because they haven't canceled the tournament up to this point," Hammond added, "so we're hopefully that they let us play."

Seniors may have played their last game without even realizing it. That's what hurts the coaches the most.

"Most teams it comes with a loss in the state tournament," Soules noted. "There's tears, and you go from there. Last night was a little different. You come off of a victory and you're like all right. It's time to prep and get ready for one more practice."

"For a few of them, it's not their last game because they'll play in college," Meerman said, "but it could have been their last game as a unit, which is a sad thing. I'm not ready for this season to end with our guys."

Everyone is hoping the tournaments will continue at some point, but only time will tell.