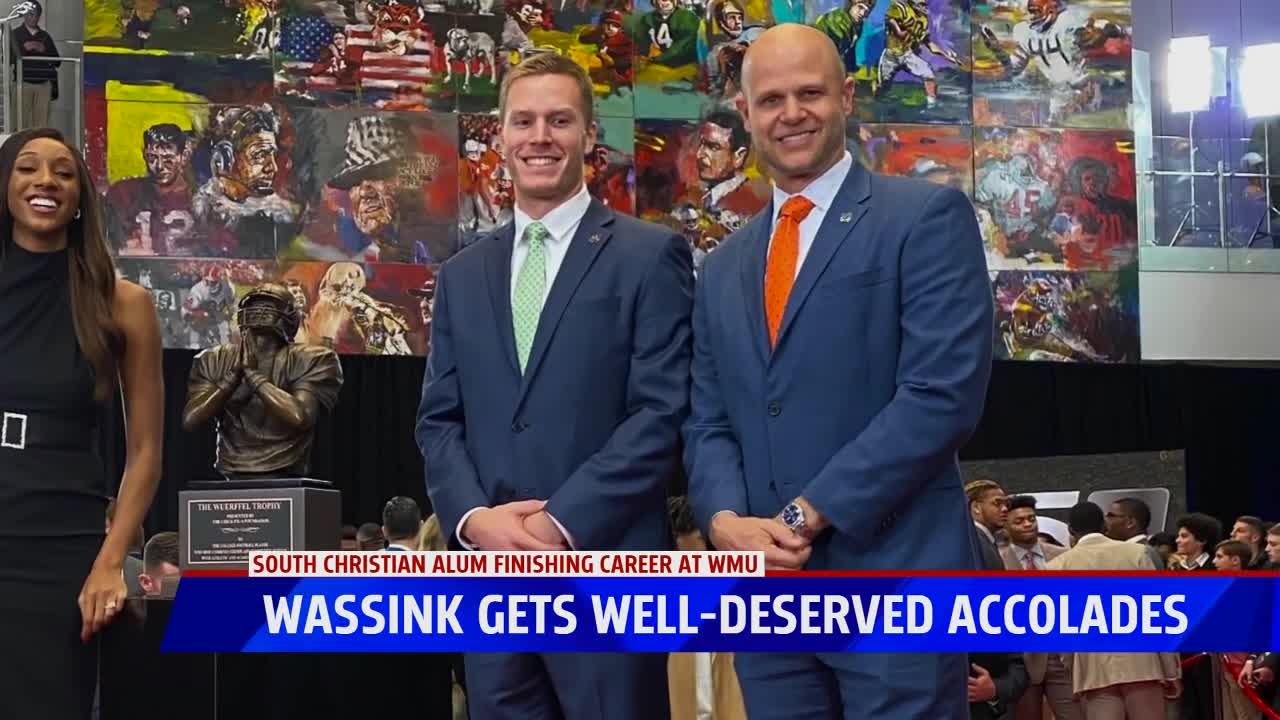 South Christian alum winning off the field as well as on.

"I think it comes down to people supporting me, family, friends, teammates," Wassink said.

That was Wassink's respond to how he is able to play quarterback at a high level. Not only that, but he keeps a 3.96 GPA and spends countless hours giving back to the community. He is a part of the Bronco Buddies Program at the Tree of Life. And it continues, he also helped build a basketball court and mended fences in the Dominican Republic in 2016 which helped him win the Wuerffel trophy, College Football's premier award for community service.

"I am just very honored and thankful for the award. It was a great week to meet Danny Weurffel and a lot of people like that and a really cool honor that I could go represent my team down there and get the award because it is really a team thins and a community thing because I couldn't do it by myself."

He was also a Campbell Award finalist, also known as the academic Heisman. There isn't much that Wassink isn't capable of.

"You can't say enough good things about the guy," Wassink's teammate Anthony Balbani said, "even outside of football. Obviously you guys see the stats, you guys see him play ball, but as a human being, as a man you can't be a better guy than him just everything head to toe. Sometimes I get jealous, 'I'm like, man, I'm trying to be like that' but he is agreat guy, great guy."

During his travels for the awards, Wassink got to meet a lot of cool people which he says he enjoyed a great deal, but when asked about his favorite thing about his trip, he went in another direction.

"One thing that was really cool was we had a live singer at the event in New York City and he sang God Bless America at the end of the event. He was tremendous, tremendous singer and that was just a cool moment and everybody was signing in there. It was kind of something that you wouldn't think was one of the coolest parts but it was really cool."

The South Christian alum gets one more chance to wear the Bronco on his helmet on Monday in the First Responders Bowl. When it's all said and done, Wassink says it's the people that he'll remember the most.

While he may not want to take credit for it, Wassink has made Western MIchigan better because of his time there. The First Responders Bowl will kickoff at 12:30 PM on Monday as the Broncos face Western Kentucky.