East Kentwood senior one of 64 nationwide 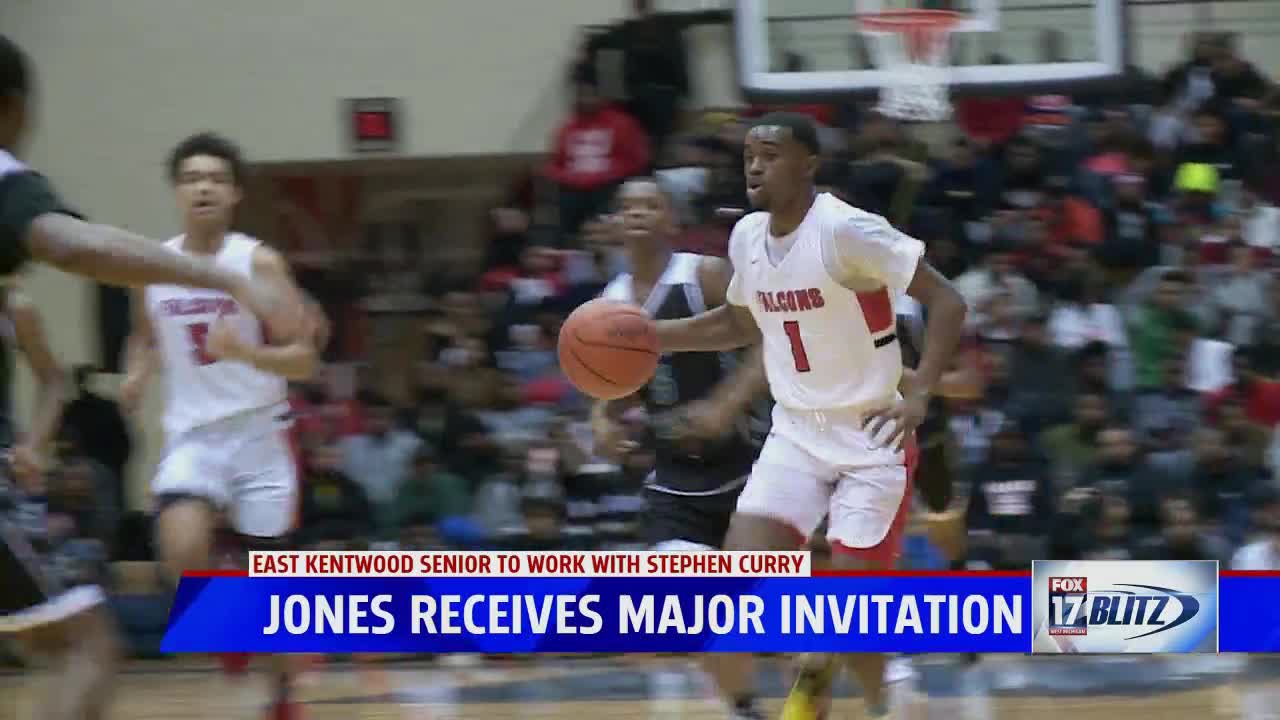 Jones one of just 64 picked nationwide

KENTWOOD, Mich. — Jamoni Jones has made a name for himself on the basketball court here in West Michigan.

Jones was invited to Chicago a few weeks ago to take part in a camp put on by Stephen Curry's trainer. After a great showing throughout the weekend, he was one of just 16 selected from that camp to fly to Oakland to work with Curry himself.

"I knew I made it because they told me," Jones said, "but I didn't know he was going to be posting and stuff, when I saw that I was like wow."

Curry himself took to Instagram to congratulate Jones and the 15 others selected to take part in his 'Underrated Camp' on April 3rd.

"Now, I'm excited to announce the top 16 who are coming out here to the bay area," Curry said in the video with Jones' photo and name appearing seconds later.

Since being tagged in Curry's post, Jones says he gained over 400 followers and has messages from kids all over the United States.

"People are messaging me saying they're looking up to me," Jones laughed, "and I'm like, 'I don't even know this kid, he's from a whole different state,' it's cool though."

After just two days with Curry's trainer in Chicago, Jones says his game got much better. Now, he's excited to see what he can learn from the two-time MVP.

And the camp name 'Underrated' means a lot to Jones, who feels he may haven't gotten the attention he's deserved.

Jones is one of just 64 nationwide who will fly to Oakland on April 3rd to take part in a three day session with Curry. The invite is everything he needed to know that he is, in fact, good enough.

"When I got accepted to go there I was motivated to show I can play with whoever," Jones added, "I can do this. I'm happy to showcase what I know I have in front of someone as big as Steph Curry."