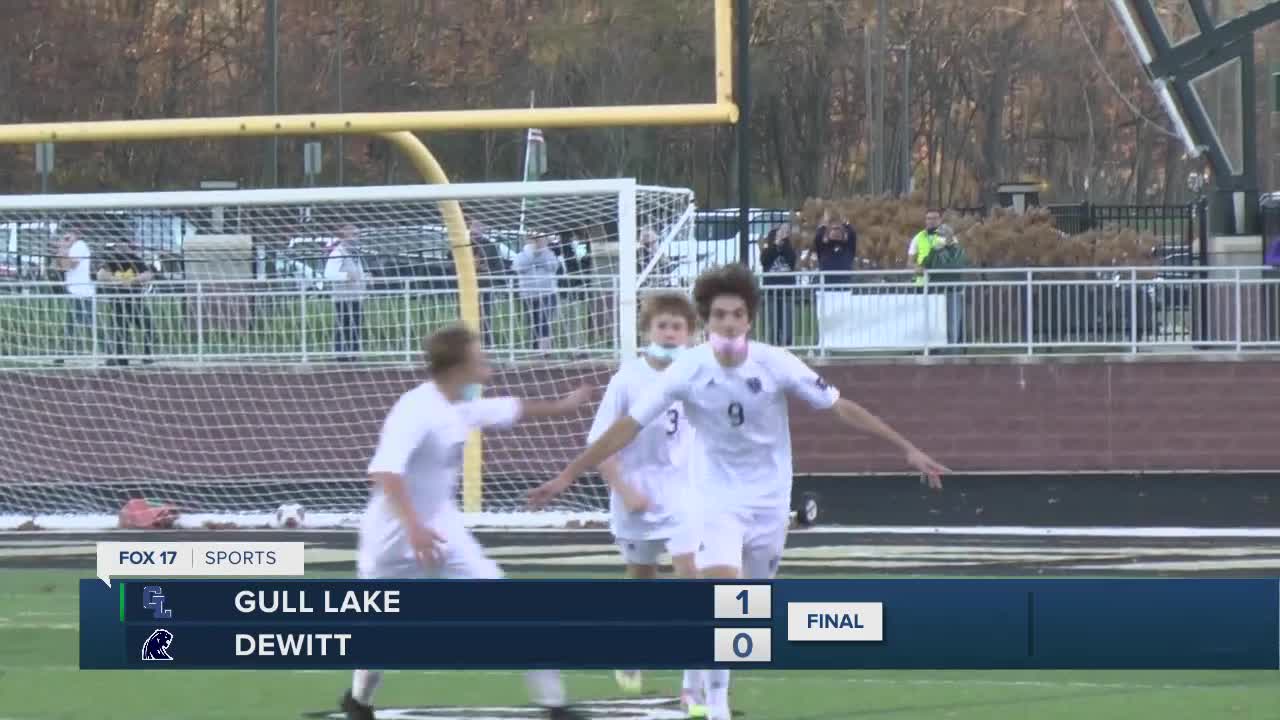 COMSTOCK PARK, Mich. — It was the first time Gull Lake has been to a boys soccer state finals since 1983, when the Blue Devils fell to University Liggett, 3-2.

This time was different, however, as Roni Sylejmani found the back of the net in overtime to ultimately give the Blue Devils the 1-0 victory and the program's first-ever state championship.

Gull Lake had several opportunities throughout the game, but it only took one to seal the victory.

"DeWitt made it tough on us," said head coach, Matt Streitel, "I think we had something like 18 to 20 shots tonight and we just needed one. The boys just kept the resolve going, the maturity of this team, the chemistry showed tonight, we're so excited to have the state championship back here."

Sylejmani had a dream come true with the game-winning goal in the state finals.

"Every night for the past week, I've dreamt of winning this," he said, "to actually do it is unreal, I'm so happy for the team, I'm so proud of the boys, they've worked so hard for this, I couldn't be any happier."