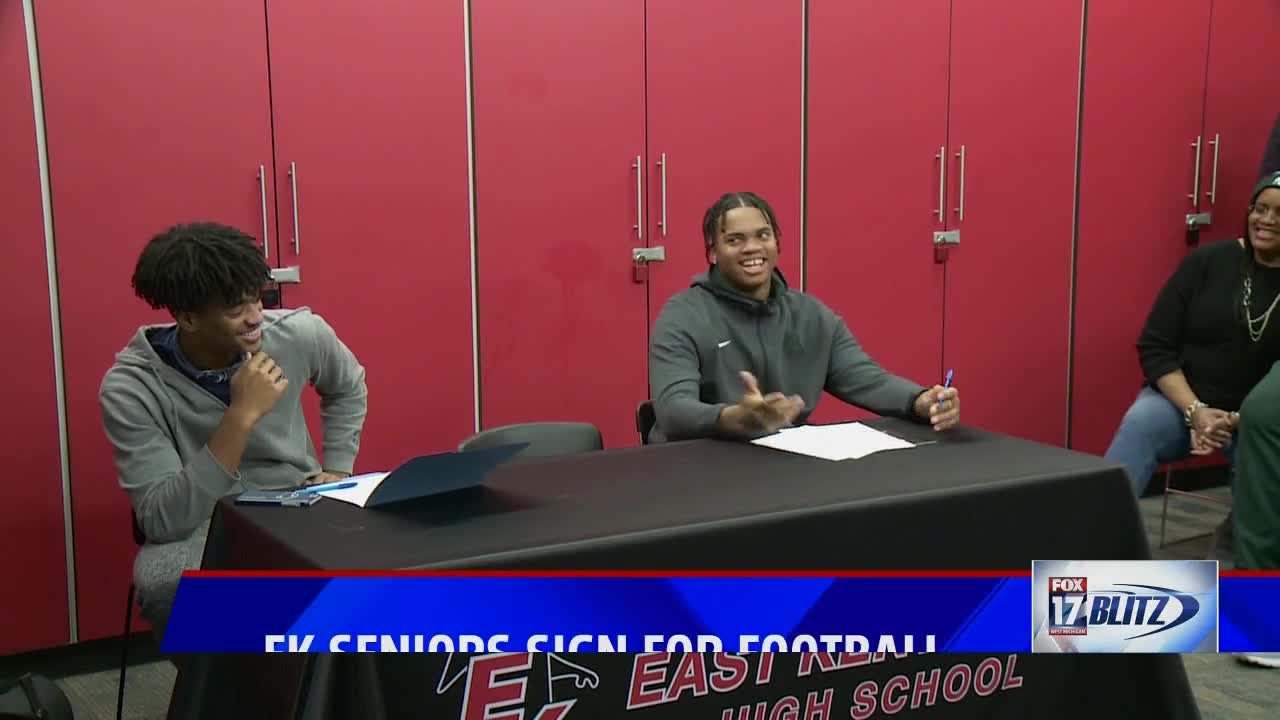 KENTWOOD, Mich. — Bryce Mostella and Dallas Fincher have signed their national letters of intent to play college football at the next level as the early signing period began on Wednesday.

"It is a huge blessing for one," Fincher, whose dad played for the Spartans, said. "It has been a dream of mine since I was young to always go to Michigan State and play there and be able to perform at a huge level each day."

"It means a lot in the achievement of my abilities," Mostella added. "Just having all my hard work pay off definitely means a lot."

Mostella and Fincher continue the East Kentwood legacy of sending players to the Big Ten after three Falcons did so last year.

"We get to bring all this exposure to this great school," Fincher said. We've always had so much talent at this school and I think we are finally getting the exposure I feel like this school deserves with all the talent so I just feel great to be able to help and aid in that process."