Committed to the Orange back in May 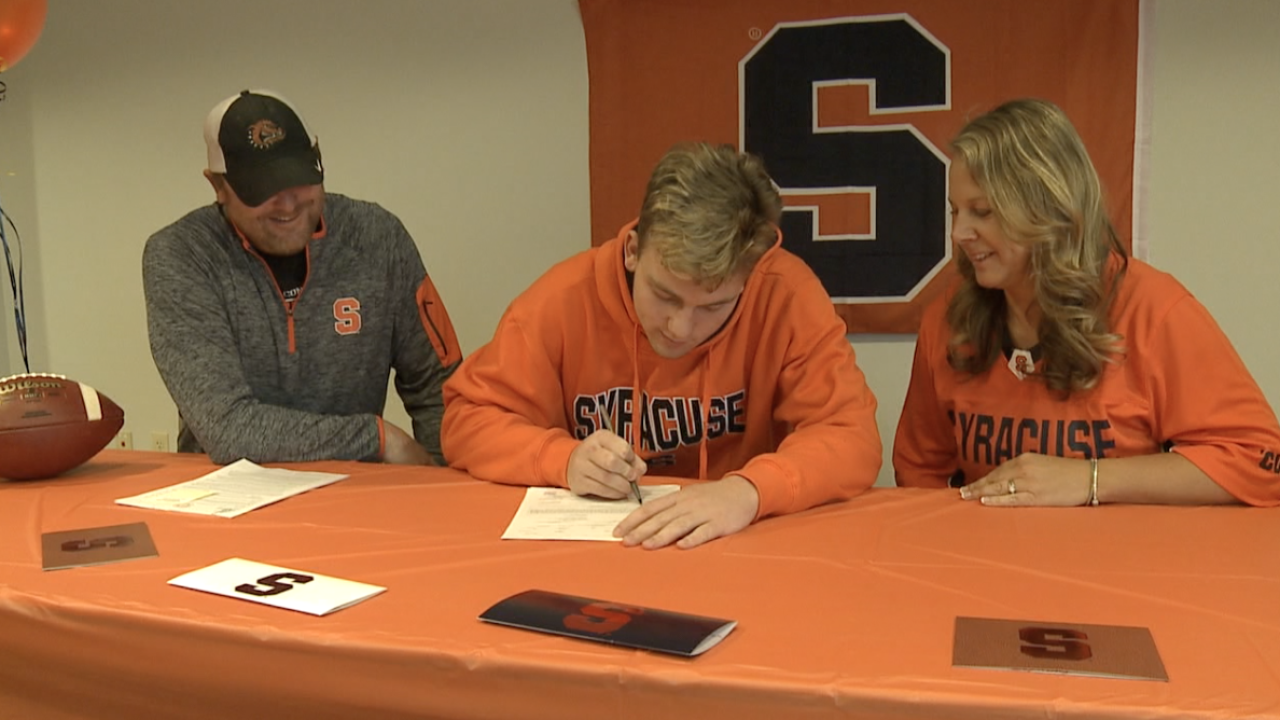 Austin Roon signs his National Letter of Intent to Syracuse.

The six-foot-four, 220-pound Roon began receiving offers his junior year before Arizona State, Syracuse, Buffalo, Ohio and others came calling this past spring.

"It's a little bit relieving, the whole process was a little stressful, it's a little worrisome trying to figure out where you want to go but once you figure it out, you're excited and ready to move on to the next chapter," he added.

Roon becomes the second player from Byron Center to play in a Power Five conference in recent years, joining Marcus Cisco who is a walk-on defensive back at Northwestern.

"I can't wait to be BC strong and hopefully put on for this city."