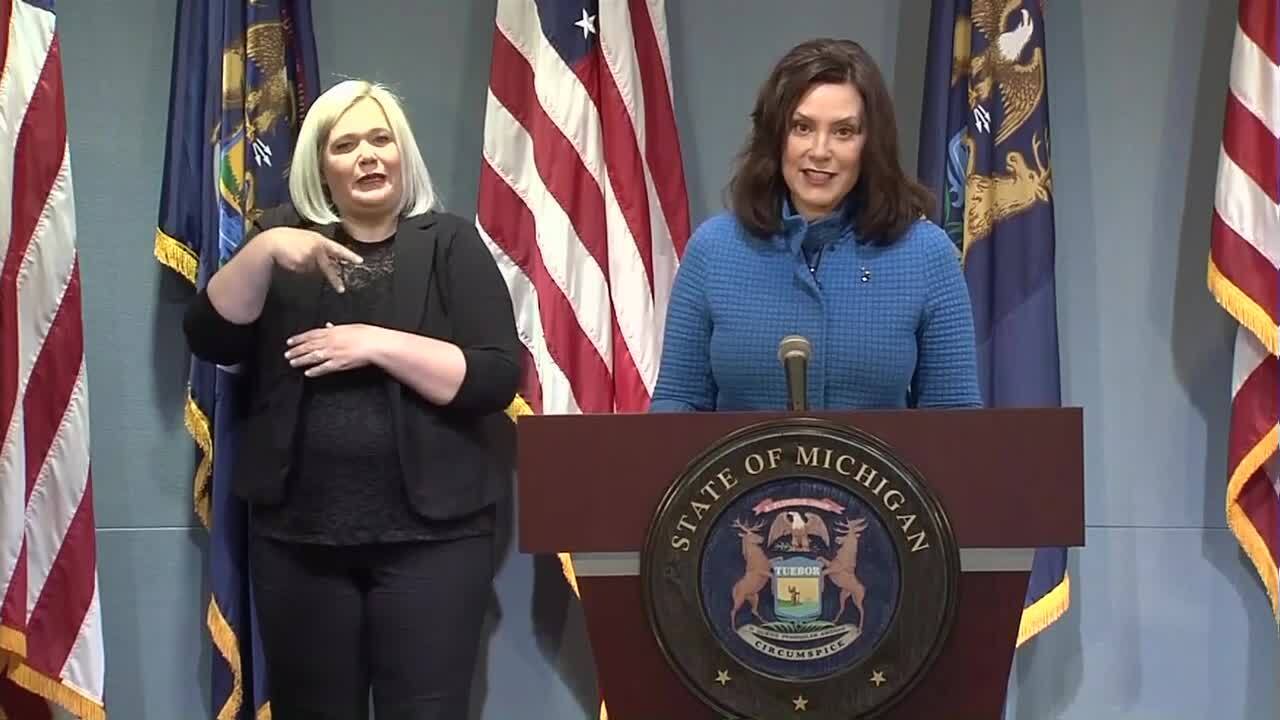 Michigan Gov. Gretchen Whitmer spoke to 7 Action News one day after she announced parts of Michigan will partially reopen.

During our interview Tuesday, she said she hopes to open up more of the state soon.

"My hope is that we can transition other sections of the state from phase three to phase four in the coming days and weeks," Whitmer said.

She didn't specify what areas may transition next.

Whitmer also talked about President Donald Trump visiting Michigan on Thursday, where he will tour a Ford plant and then give remarks. She said she thinks House Speaker Lee Chatfield will be with the president.

"I encouraged him to make sure he talks about what we are dealing with the budget here and how this fourth supplemental would be helpful and important to the state," she said. "It is my hope that message is conveyed and he receives it well."

She also encouraged the president to wear a mask when he tours the plant. Trump hasn't been wearing masks in public appearances.

"We are just getting people back to work in a lot of our plants and we want to make sure the workers and their families have the confidence they are going to be safe," she added. "We want everyone to wear a mask and I hope that they do."

According to Whitmer, they are watching cases in the Lansing area, and they have seen Detroit numbers fall for a long period of time.