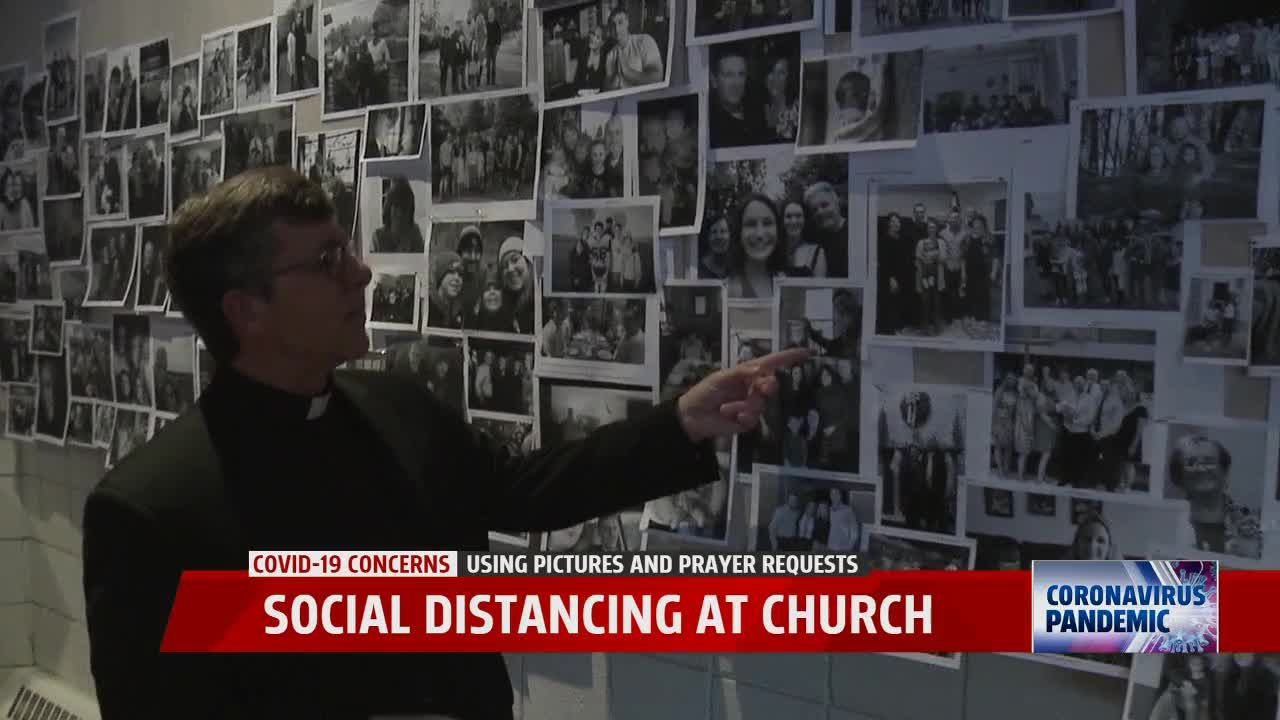 GRAND RAPIDS, Mich. — "It is a little different to celebrate mass without anyone in front of me."

In the Catholic church, priests are encouraged to celebrate Mass daily, with or without a congregation. Due to the coronavirus pandemic, churches are closed to the public leaving priests like Father Mark Peacock at Holy Spirit Parish in Grand Rapids looking for ways to bring people together.

"We have about 1,200 emails of all of our parishioners," Father Mark added, "we put it out through our email blast and put it on our Facebook page."

The emails and Facebook post called for those who attend the church to send in photos of themselves or their family. The parish was immediately overwhelmed with the response.

"They just keep coming, not only from our parishioners, but people from other places which is really, really cool."

The photos began filling up the seats and before they knew it, the back wall started to fill up as well.

"If you see in the pews, everybody is doing their social distancing," Father Mark laughed, "just one to a pew, and I thought that would be it. Now, they just keep coming and coming and now we're up to almost 400."

The photos have taken on an identity of their own with many people sending special requests and stories.

Father Mark says the idea all came from a parishioner who is originally from Italy, where churches have been doing the same thing during the COVID-19 pandemic. It was an idea originally meant to make priests not feel alone during Mass but for Father Mark, it has turned into much more.

"What I realized in doign this, is how much they desire for me to see their faces," he added.

While services may be closed throughout the state, parishioners can still go into churches to pray. As a reminder, FOX 17 will be carrying Sunday morning Mass live beginning at 10 AM.