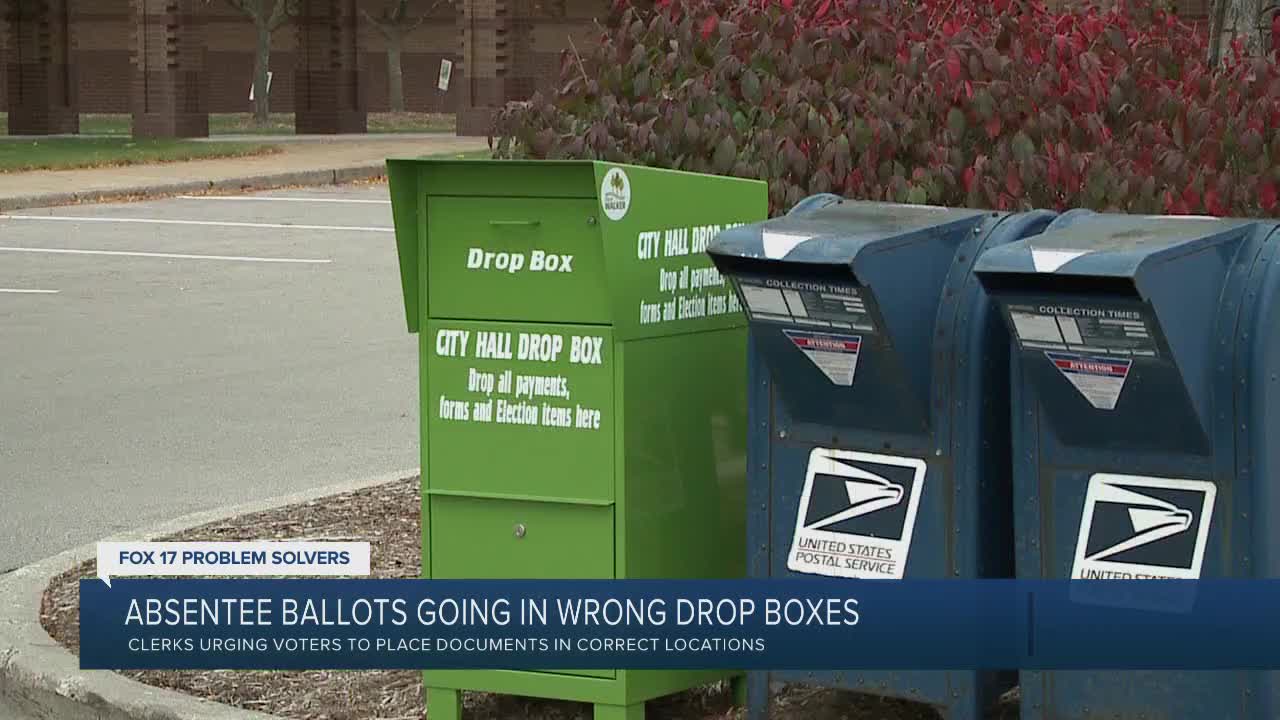 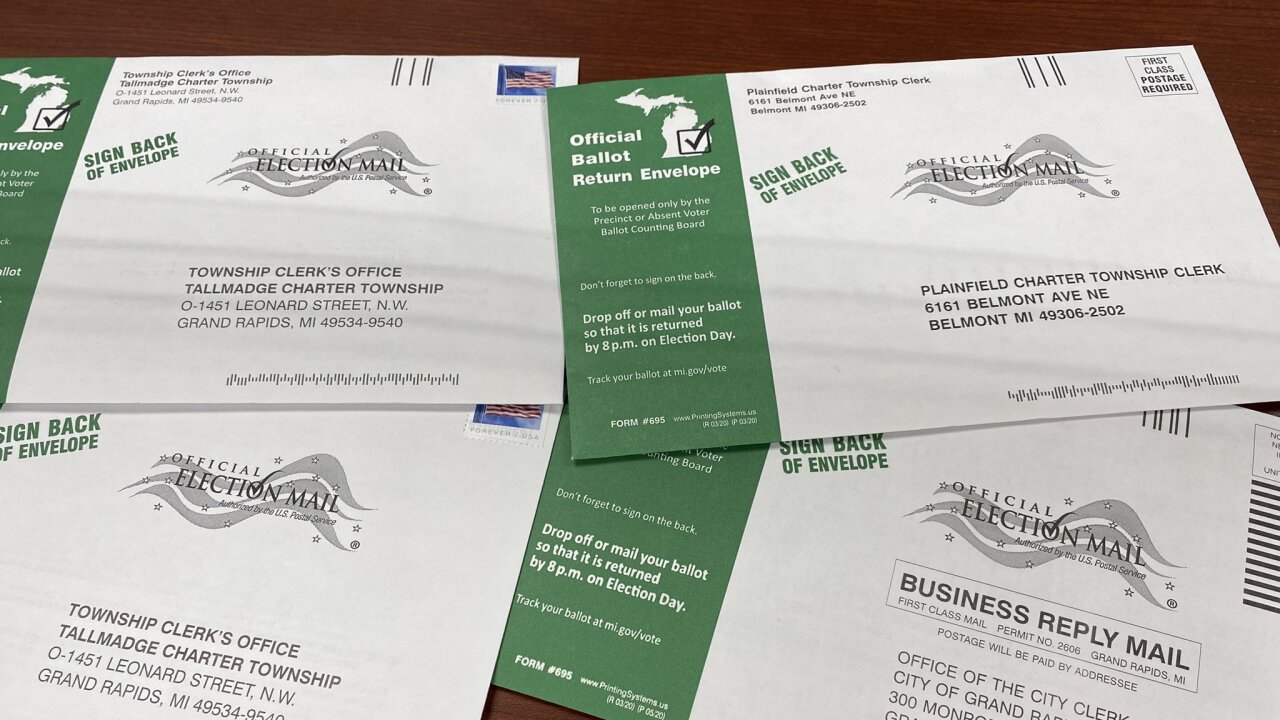 GRAND RAPIDS, Mich. — We all know how crucial it is to make sure our voice is heard and our vote is counted.

But sometimes a minor mistake with absentee ballots could mean that vote ends up in the wrong spot.

There are more than a million people in Michigan who still have not turned in their absentee ballots, according to Secretary of State Jocelyn Benson.

Benson is now saying with less than two weeks to Election Day, instead of mailing them, you should drop your ballots off at clerk’s office or a secure drop box.

Sometimes she finds ballots that were not supposed to be dropped off to her office.

“So as a city clerk we take that responsibility in delivering it personally to the correct jurisdiction,” said Bydalek.

On Wednesday, after her shift, she delivered several to their correct locations. She had at least four ballots that were supposed to go to Grand Rapids, Plainfield Township, and Talmadge Township.

“On Election Day it’s really hard for us to manually drive to these other jurisdictions and get these ballots to the right places,” she said.

It’s an issue affecting several clerks in Michigan. There are 30 jurisdictions in Kent County meaning at least 30 drop boxes for your ballot. The goal is to make sure you’re using the right one.

“In addition to assisting voters our election workers are already swamped and it’s only gonna continue getting busier these next two and a half weeks,” said Kent County Clerk Lisa Posthumus Lyons.

That’s why her office has decided to hire four to six election day runners. Those positions will be paid for using federal money from the CARES Act.

“There has been a huge push this year for absentee voting and we are seeing a massive influx of absentee ballots this year,” said Posthumus Lyons.

The pandemic played a role in that and so did voters when they passed Proposal 3 in 2018. It changed state law so that anyone in Michigan could vote absentee without providing a reason.

People can submit their absentee ballots by mailing them in, dropping them off at the clerk’s office, or using a secure drop box.

“However, it’s really important that voters use the drop box in the jurisdiction that they’re registered in,” said Posthumus Lyons. “And we know that with so many absentee voters there’s so much going on right now we’re already seeing ballots being placed in drop boxes that those voters aren’t registered in.”

It’s already happening all over the county.

“And so we’re getting ballots from voters in Grand Rapids Township put in drop boxes for Grand Rapids City for example, technically that vote has to get to their local clerk for that vote to be counted,” she said.

Clerks like Bydalek are happy to help, even if means running around on their own time.

“So it’s great that Kent County is stepping up to actually help deliver these ballots to the right jurisdictions and get them to the correct jurisdictions so that every vote can be counted,” said Bydalek.

You can find drop box locations in Kent County by clicking here.

The Secretary of State’s website also lists all ballot boxes around the state, so if you’re looking for your location click here.