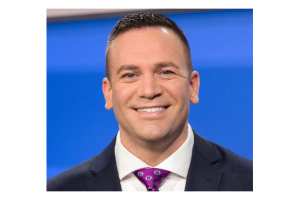 Prior to joining FOX 17, Ryan was the main anchor for WNWO NBC 24 in Toledo, Ohio and WOLF FOX 56 in Wilkes Barre, Pennsylvania.

Ryan was also an anchor in Oregon for several years and worked in Chicago, Phoenix, Milwaukee and Louisville, Kentucky in various roles.

He is a native of Angola, Indiana, so being in West Michigan keeps him close to home.

He holds a B.A. in communication and media studies from Olivet Nazarene University.