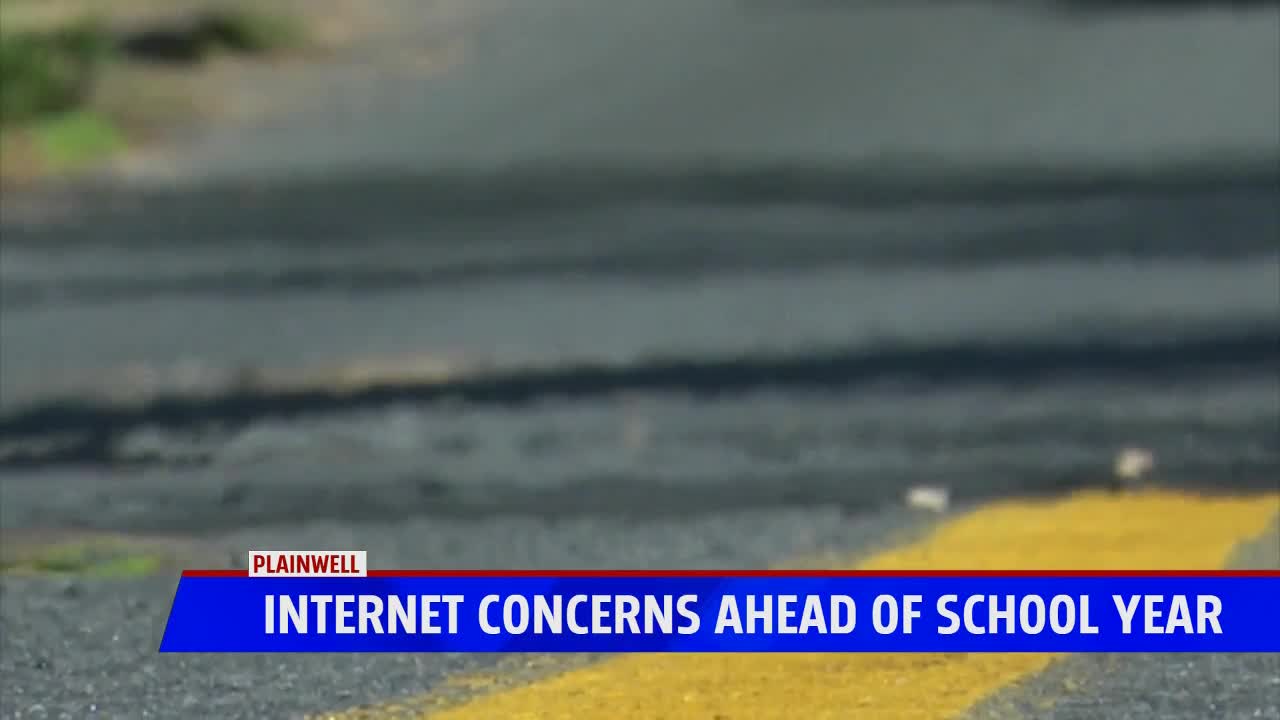 With schools turning to online learning, one neighborhood in Plainwell can't get high-speed internet. East Baseline Road is in an area that overlaps into both Allegan and Kalamazoo counties, creating a zone with no local internet provider.

In the springtime, parents there were forced to combine multiple internet sources for their children in online learning programs. Some families used devices including mobile hot spots, various internet providers and satellite dishes.

"You would try to log in or get on the computer, and it would take forever," said Kari Stull, a mom to two kids in the area. "Then it would drag."

Stull used two different devices, and her kids would have to take breaks because the internet couldn't keep up, meaning they would have to return to their school work at a different time. She worries that her son and daughter may fall behind without proper internet access.

Stull was told Charter Spectrum's internet line is right across the street and can serve homes across the road. Due to contractual agreements, they could not receive the service on the other side of the street.

"[The line] is like a stone's throw away. It's right across the street."

More than 20 neighbors have signed a petition in hopes of urging Spectrum to provide internet service to the area, including a local teacher.

"The internet was really the most stressful challenge. I can’t say the only challenge because it was challenging," said Caitlyn Bunker, who currently teaches kindergarten readiness. "We got through it, but it was hard to do that."

FOX 17 reached out to Spectrum who said they only operate where they have a franchise agreement, or contract, with local municipalities to do so.