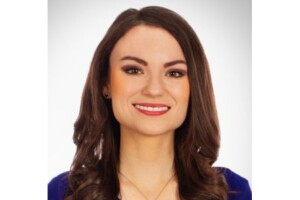 If there’s breaking news or an issue that needs investigating, you’ll likely run into Angeline McCall.

Originally from Illinois, she began her journalism career as an intern at WGN-TV in Chicago. Before that, she interned for the BBC in both the radio and TV departments. She holds a bachelor’s degree in journalism.

Angeline came to Grand Rapids from WDAY in Fargo, North Dakota. In her two years there, she became a go-to breaking news and investigative reporter while also anchoring the weekend newscasts.

When Angeline isn’t working, you’ll probably find her at the lakeshore, on one of West Michigan’s beautiful trails or hanging out with her family.

Whether it’s breaking news or an unforgettable experience, Angeline is passionate about sharing your story. You can reach her at angeline.mccall@fox17online.com or shoot her a message on Facebook or Twitter.