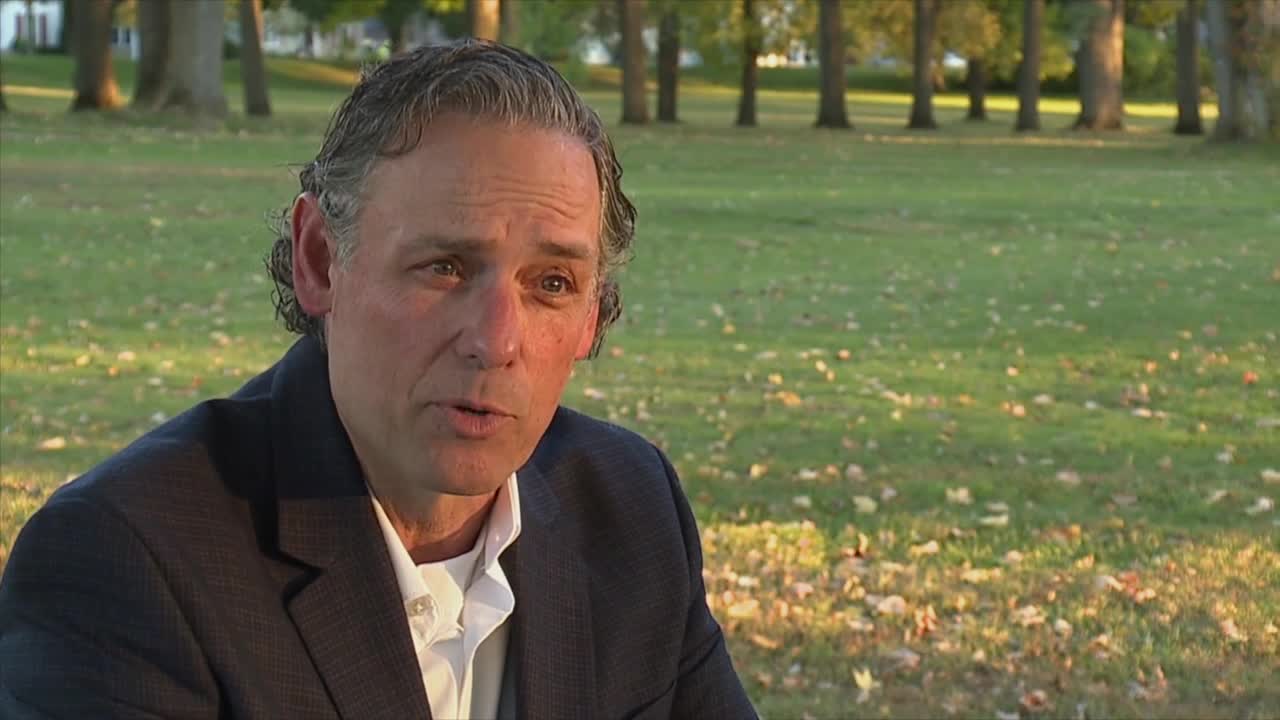 KENT COUNTY, Mich. — Patrick Kampf has wanted to do something to give back to Helen DeVos Children's Hospital since the day he learned his daughter Lily was cancer free in 2013.

"When we got the news , I just said, OK, it's going to be the Appalachian Trail. That's what I'm going do," Kampf told FOX 17 News.

Kampf decided 2020 would be the year. He packed up his gear and started the trail in February.

Along the way, he shot and uploaded videos of his journey on Youtube.

"People watching my videos and they would say, hey i'm very inspired, I want to get out and hike, I want to do something for charity," said Kampf. "I was hoping for $5,000 ands it just kept going, it just kept going, and I was like 'wow'. Especially with trying times and money is tough with the economy and everything that's going on. That just blew me away."

Lily, now 19, was diagnosed with neuroblastoma as a toddler, but still remembers her time at DeVos Children's Hospital.

"Helen DeVos is a great hospital, amazing doctors there," she said. "They're very kind and patient with me. I just remember getting lots of support from my friends and family and the doctors...they made it a good time for me in the hospital and it wasn't so scary."

Kampf had to briefly pause his journey in March when the COVID 19 pandemic began, but resumed the trip as soon as regulations were lifted.

Mile after mile tested his physical endurance, but never his determination to keep going.

"Every day I would just think about why I was doing this. I would think about the children's hospital and the kids," Kampf explained. "I just wasn't going to quit."

In the end, Kampf was able to raise $15,000 dollars for the hospital, specifically for neuroblastoma research and the P.O.R.T Team.

"He's a great dad, and the fact that he went out of his way to do that for me and the people at the hospital, was just amazing," said Lily. "I feel very honored and very blessed for that... I am very proud of my dad."

Kampf completed the hike in just over 170 days and lost 54 pounds during his journey.

He was able to present a big check to the hospital in early October.

And when it comes to possibly hiking the Appalachian Trail again, Kampf said he hasn't ruled it out.

"There's a chance I could do it again, it's that much fun. And there's something about having a goal that's in front of you," he said. "Whatever it is that you're raising money for, if it's close to your heart, then anything is possible."

As the FOX 17 and Lake Michigan Credit Union Pay it Forward Person of the Month, Kampf is receiving a $300 prize.

Meet Mikayla Linebaugh, our September Pay it Forward Person of the Month.