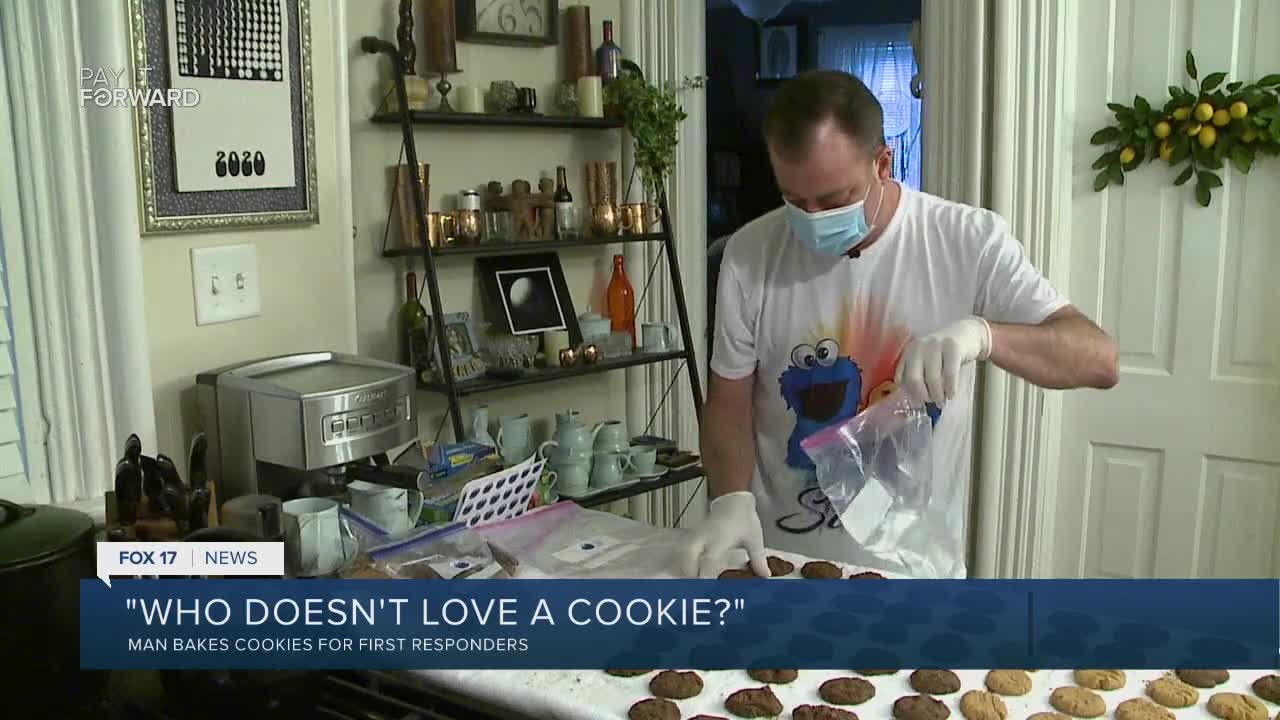 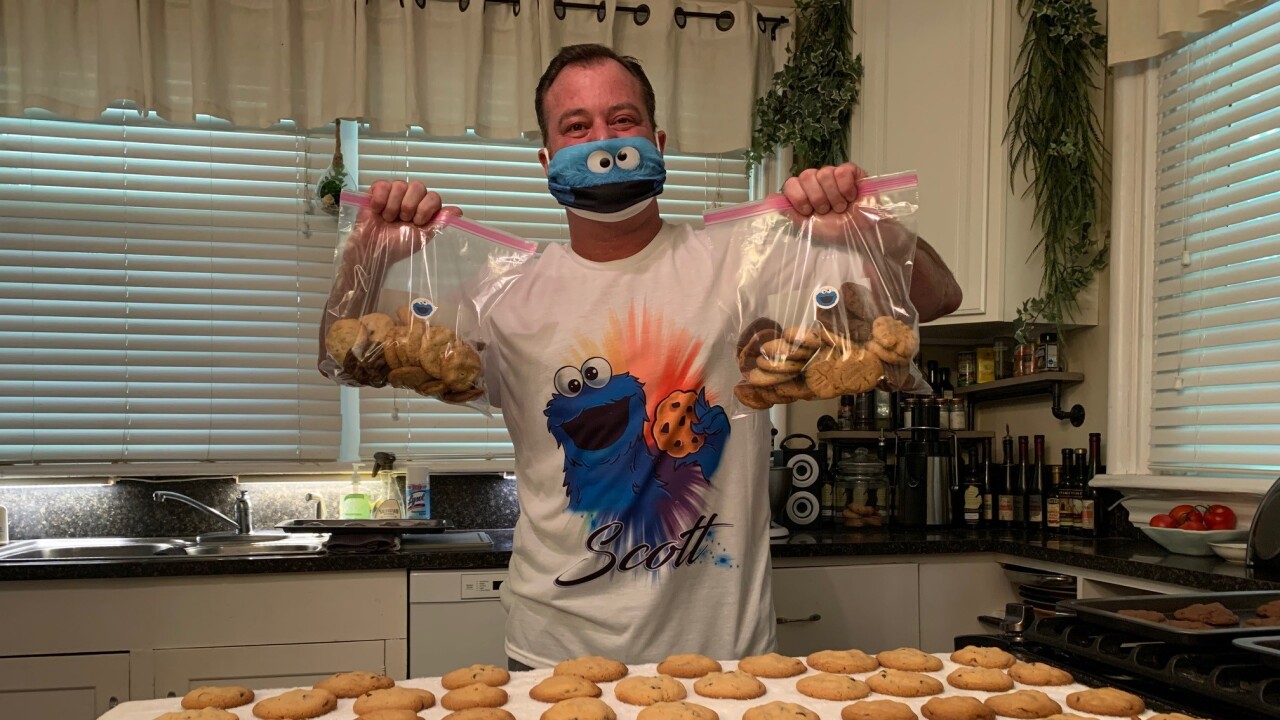 GRAND RAPIDS, Mich. — Scott Kuderik has been quietly supplying sweet treats to workers on the front lines of the coronavirus pandemic for months. It's earned him the nickname "Cookie Monster".

Kuderik told FOX 17 he was inspired to "whip up" his own way to give back after watching his good friend, Chef Jenna of Amore Trattoria Italiana, in action.

"Mid-March she started making meals for hundreds of front liners," he explained. "It just kind of made me get inspired, like what can I do?"

They are bagged and delivered to nearby first responders on Fridays.

Kuderik isn't sure how much he's spent on baking supplies so far, but joked that he "should own stock in Betty Crocker".

He adds that some members of the community have also started pitching in, dropping off supplies.

"It's nice to be appreciated, but I don't want to take a lot of the credit, because the credit due, is for everybody out there that [is] working more than 8, 12, 16 hours a day to keep us healthy and keep us safe," he said. "This is my way of just showing appreciation."

He added that he plans to continue making cookies. He said "until we find a cure, and we're going to be maskless and be safe to be in society. It's always going to be needed, it always brings a smile to somebody."

Kuderik emphasized the whole process is very sanitary, as he wears rubber gloves to bake and bag up all the treats.

As the FOX 17 and Lake Michigan Credit Union Pay it Forward Person of the Month, Kuderik is receiving a $300 prize.

Meet Tanya Henry, our July Pay it Forward Person of the Month.