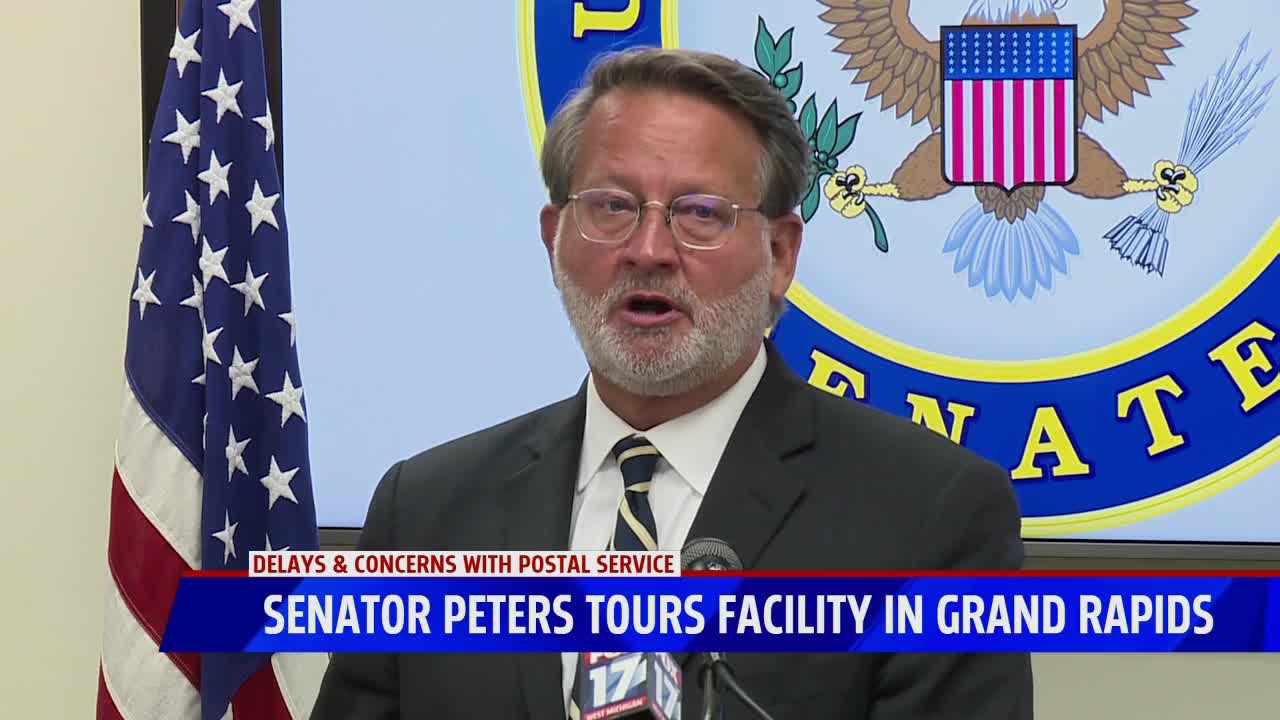 The Democratic senator is likely leaving Grand Rapids with more questions than answers, but says mail delivery has slowed in West Michigan and its affecting everyday people. 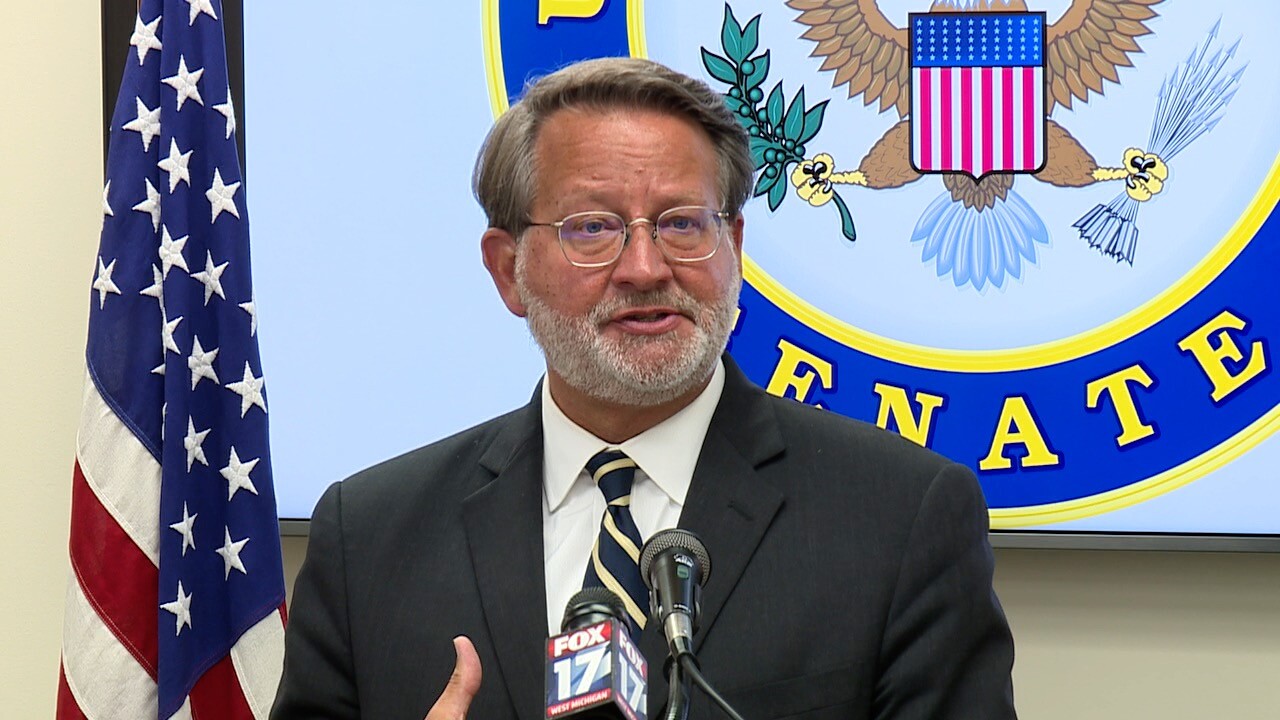 The Democratic senator is likely leaving Grand Rapids with more questions than answers but says mail delivery has slowed in West Michigan, and it's affecting everyday people.

“I had an opportunity to meet with three of the senior postal service officials for this area, Western Michigan, and they to confirm to us that the mail has definitely been delayed,” Peters said during a press conference in Kentwood.

Peters took a tour of the USPS facility on Patterson Avenue, the same one where dismantled sorting machines sit outside of after recent cost-cutting measures were made by Postmaster General Louis DeJoy.

The President Trump-appointed USPS leader is being criticized for recent cost-cutting measures that many believe have slowed deliveries and could impact how mail-in ballots are processed come November.

“It's so important that we get to the bottom of this really, because of the fact that people just rely on delivery amount every single day,” Peters said. "I know there's a lot of discussion about the election, and clearly that's incredibly important and we can talk about, but this is about much more than the election."

“This matters to us. This matters to our nursing staff,” Ada resident Beth Nolan said. Nolan's organization, Positive Approach to Care, provides education and advocacy for adults living with dementia, and she says mail delays have hurt her business and the people they serve.

“What we've settled into now is our new reality, and our new reality is two to three-day mail is taking four, six, 10, 12 days to get across the country,” Nolan said. "And that is not something a small business can handle."

“You have to ask yourself, Why the changes now? Why just before election season? Why just before peak?” American Postal Workers Union Local 281 President Amy Puhalski said. "Peak isn't something new. This is something that we experienced every single year."

Puhalski says priority mail is piling up in West Michigan because of directives to create stricter truck schedules, remove sorting machines, and cutbacks in overtime.

“As postal workers, it has been instilled in almost 27 years, we don't leave first-class mail behind, we don't do it,” Puhalski added. "We get the mail out. Trust me, I'm not a proponent of overtime. I don't like it, but I used to have to stay to make sure that that mail got out of that truck and got to the customers because that's what they paid for."

“It's a service. It's in our constitution. We wanted to give the service to the American people because they're entitled to it."

Puhalski’s frustration is shared by many who also wear her uniform. It could be seen at a protest held in Kalamazoo Tuesday, where both postal workers and supporters expressed their frustration with mail delays.

Meanwhile, Democratic lawmakers on Capitol Hill continue to press the Postmaster General for why now-delayed changes to USPS operations were made in the middle of a pandemic and before an election.

“I mentioned this to the Postmaster General on Friday,” Sen. Peters said. "He has a hard job. I’m not in any way discounting that he has a hard job, but not being transparent has made his job a whole lot harder."

“It's increased the amount of distrust that you see with folks and all we need are answers to these questions. And without answers ... it's hard for us to figure out exactly what's happening,” Peters added.

Some Republican lawmakers have accused Democrats of playing political games, saying this is a manufactured crisis and the USPS has more than enough capacity to handle the upcoming election.

As for the removed sorting machines, Dejoy says there are no plans to replace them.