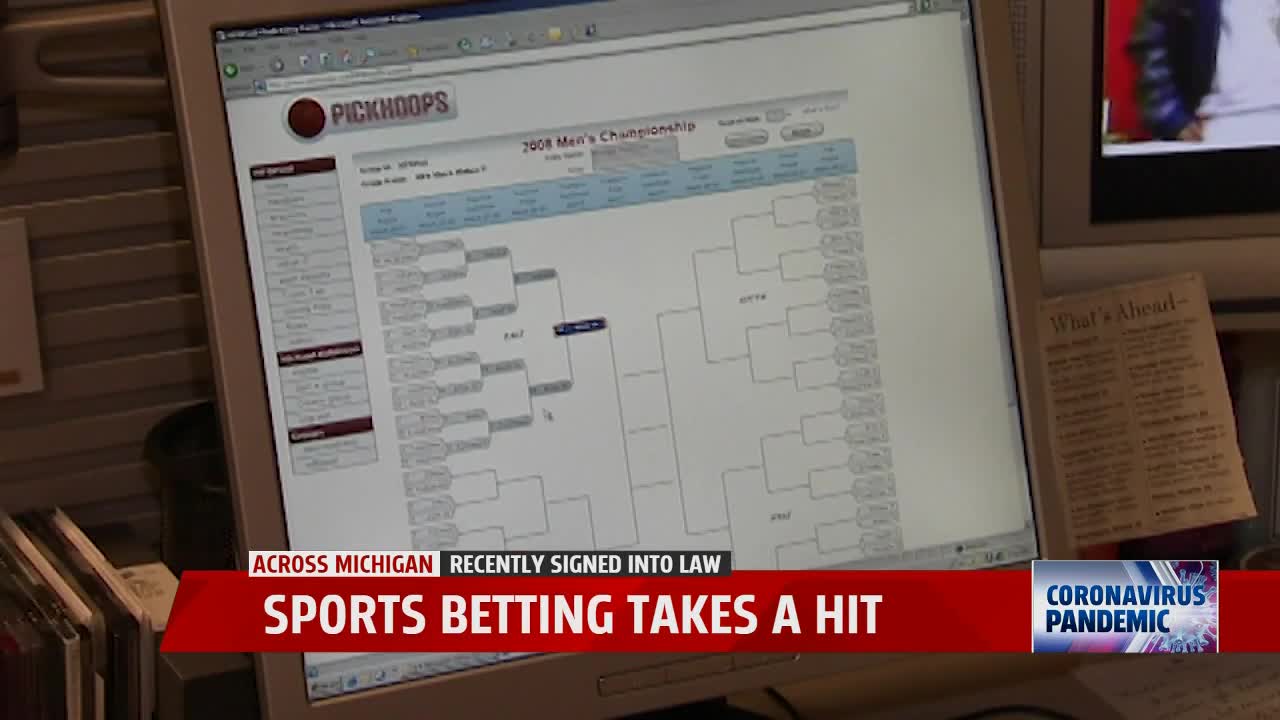 "The target since that bill was signed was to be ready to go since March Madness," said Mike Huff, a sports lawyer at Mika Meyers PLC in Grand Rapids.

The NCAA Basketball Tournament is the biggest revenue generator annually for sports books. In fact, according to Huff, Las Vegas casinos grossed over $600 million during last year's tournament.

This past Wednesday, three Detroit casinos were able to go live, achieving their goal of being open in time for the tournament until COVID-19 shut down national sports.

"Everything kind of came to a halt pretty quickly," Huff said. "There weren't any games to bet on."

Just 24 hours after the grand openings, sporting events across the world had been stopped, leaving bettors without games to place wagers on.

"All of a sudden, when we're expecting big revenue, and the Detroit casinos especially being able to capture sports betting revenue with March Madness, all of that has grounded to a halt," said Huff.

Not only does that effect those who bet, but taxes on casino revenue goes to education and schools around the state, money the fund won't receive until sports events return. "It's not like Day One the state was seeing a big revenue hit because of what's happened," explained Huff, "but certainly the state projected to have revenue going into the school aid fund. That will likely be substantially less now than what the initial expectations were."

While COVID-19 has slowed down the highly anticipated start of sports gambling here in our state, Huff expects a big bounce-back when sports eventually comes back.

"That's obviously going to have an impact on all of this, but I would anticipate that there will be some eager sports bettors the day that sports are available to bet on."