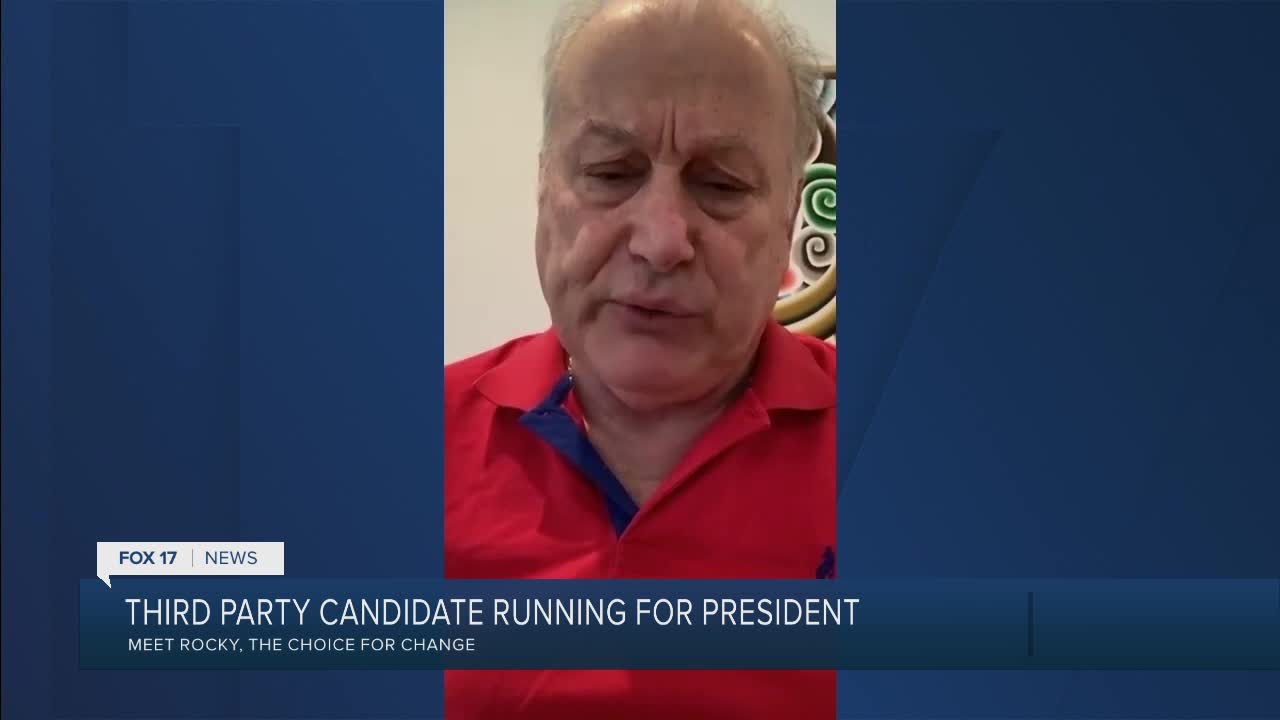 MICHIGAN — If you don’t want to vote for President Donald Trump or Former V.P. Joe Biden, you can always cast your ballot with a third party or write-in option.

Roque “Rocky” De La Fuente of California is on the ballot in 15 states, including Michigan, hoping to sway the vote of democrats and republicans who feel misrepresented. Rocky is on the ballot this year running for the Natural Law Party. However, he was also nominated for four other parties throughout the nation: including the American Delta Party, American Independent, The Reform Party and the Alliance Party.

“I had to get registered voters to nominate me by the people for the people, and it was a very difficult task to accomplish,” Rocky said. “If I was not selected by the Natural Law Party, it would have cost over 200,000 dollars just to get on the ballot in Michigan.”

The California native says running for President is nearly impossible, saying to qualify for the ballot in his home state, ‘you would either need 189,000 signatures or $4.5 million.’ Rocky said the slim chance to be on any state ballot for U.S. President is very similar.

“Imagine the democrats and the republicans cannot get together on anything, I was able to get five different parties to nominate me,” Rocky said. “I predict for the whole United State to pull in excess of half-a-million votes.”

Even though he’s representing five different parties, Rocky’s main goals are to spark revolution and to encourage the nation to think about election reform.

“If they want the black, brown, and Mexican American support; they need to give us better options,” Rocky said. “If not, they’re going to create a revolution where there’s going to be a very strong third party.”

The last president to win the election outside of the two-party system was Zachary Taylor, our nation’s 12 president, representing the Whig Party.

This is not Rocky’s first dance in the ‘political ring.’ He ran for President as a democrat in 2016 and was beat out by Hillary Clinton. In also ran for U.S. senate in 9 states simultaneously in 2018.

“I thought I could beat Hillary, I was the first person to be on the ballot for the Democratic Party.” Rocky said. “It’s very easy to qualify for U.S. Senate but it’s impossible to run for U.S. President.

The son of Hispanic immigrants, Rocky was one of the first mega auto-dealers in the nation, he also owns hotels, restaurants, assisted living facilities, along with industrial and energy focused businesses. He’s running once again to emphasize the need for election reform.