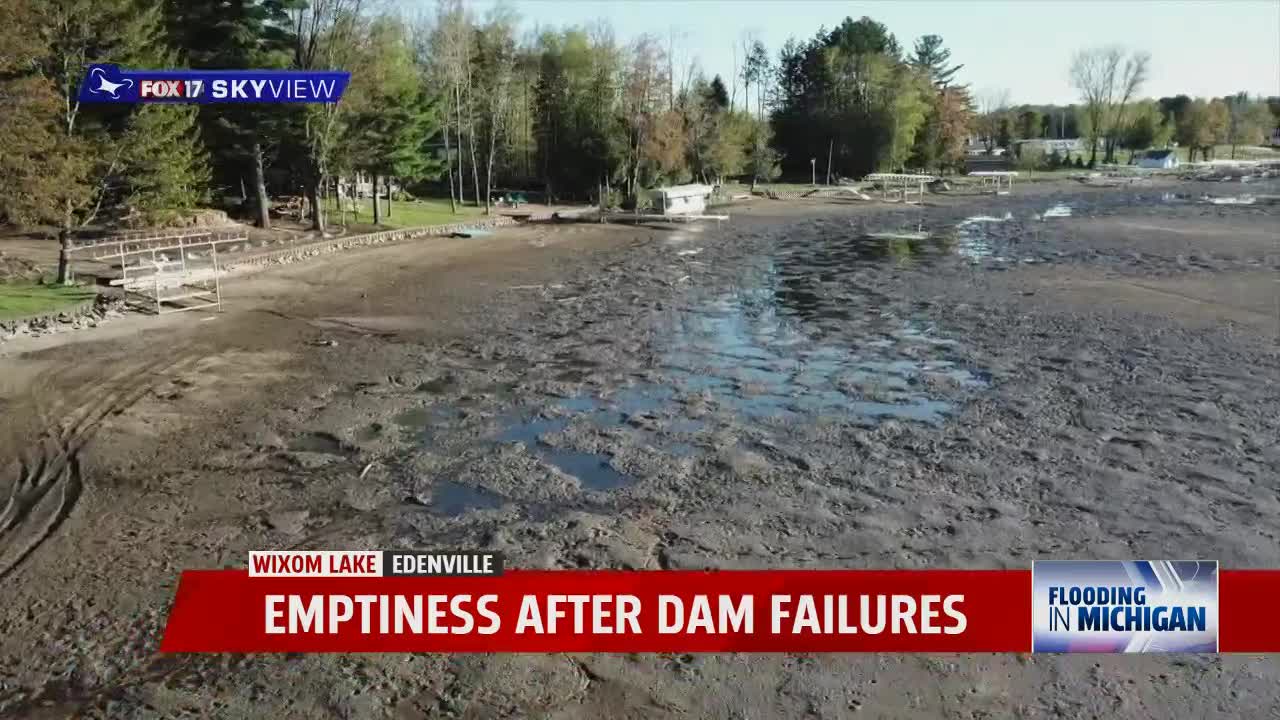 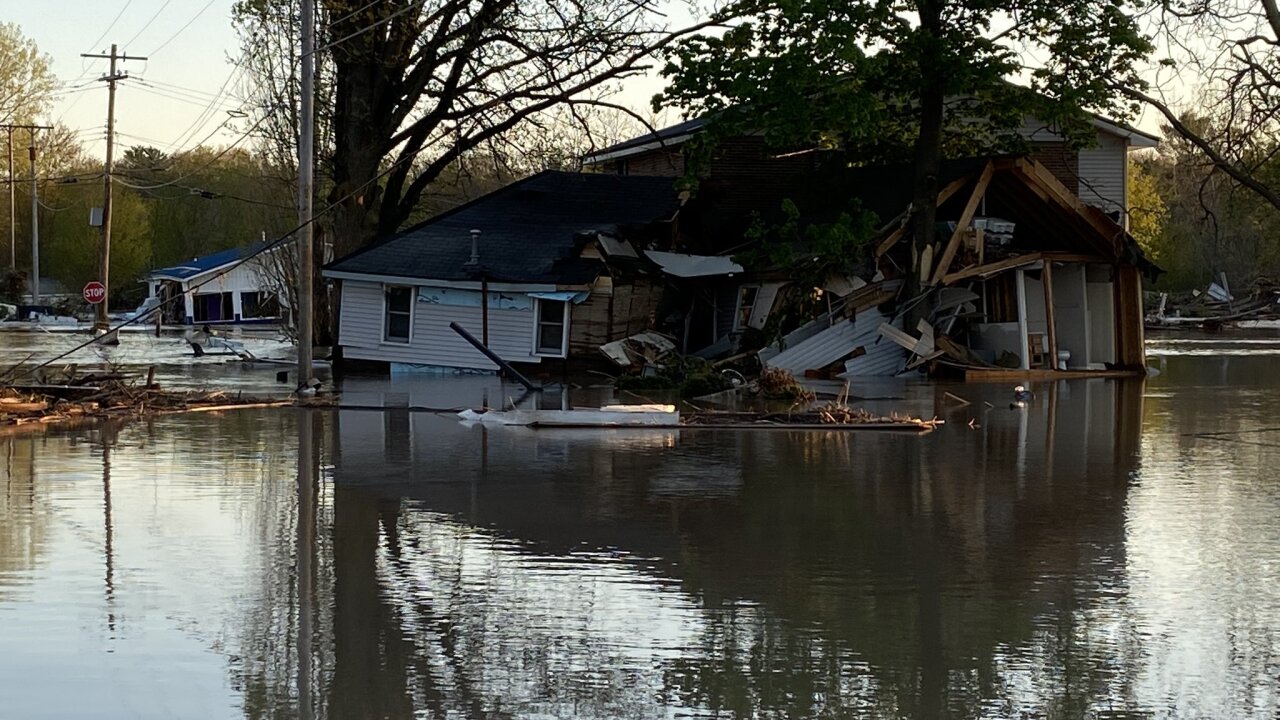 MIDLAND CO., Mich. — Across Mid Michigan, families are now taking a close look at what’s left behind after historic flooding caused damage throughout the region.

Widespread flooding occurred after the failure of the Edenville and Sanford dams this week.

Wixom Lake in Midland County was drained and for the most part is now just sand and mud.

When the Edenville Dam broke and levees gave out, neighbors say the water rose rapidly and before they knew it, it was gone.

A surreal landscape, from above it looks like a different planet.

Sofia Thompson lives on the lake and was with family when the dam gave out.

“The water was rushing really fast and we were trying to hold on to our boats we have a 32-foot boat and a pontoon and we held on to them with dog leashes,” Thompson said.

Thompson says the water rose rapidly up to her and her neighbors’ homes, many of those damaged in the process.

Not too long after the lake was drained.

“The water was just coming up rapidly it was fast and there was nothing you could do,” Thompson described.

The village of Sanford among the worst hit.

The entire downtown decimated by several feet of water and the debris that came with it.

Business owners got their first look at what was left on Thursday.

“This is a hunk of my life, gone,” Connie Methner said while showing FOX 17 the inside of her salon.

Connie Methner has owned her salon In Sanford for 34 years.

In a matter of hours, it was destroyed.

She was thankful to find pictures of her kids, one of the few things she could salvage.

“I’ve cried a lot of tears, it’s not just me, its everybody here, they are all friends of mine, we are all acquaintances we all do business back and forth we all hope each other well, the hardware store got hit, Lanney’s is a landmark, so is the Red Oak,” Methner said about the other businesses that were destroyed.

“If we don’t get help for all this, Sanford is gone, I don’t know how Sanford could do it,” Methner added.

The recovery across the area is going to be extensive, plans for what to do at Wixom Lake is still unknown.

Neighbors say they just have to take it one day at a time.

Amazingly through all this, thankfully no deaths have been reported.