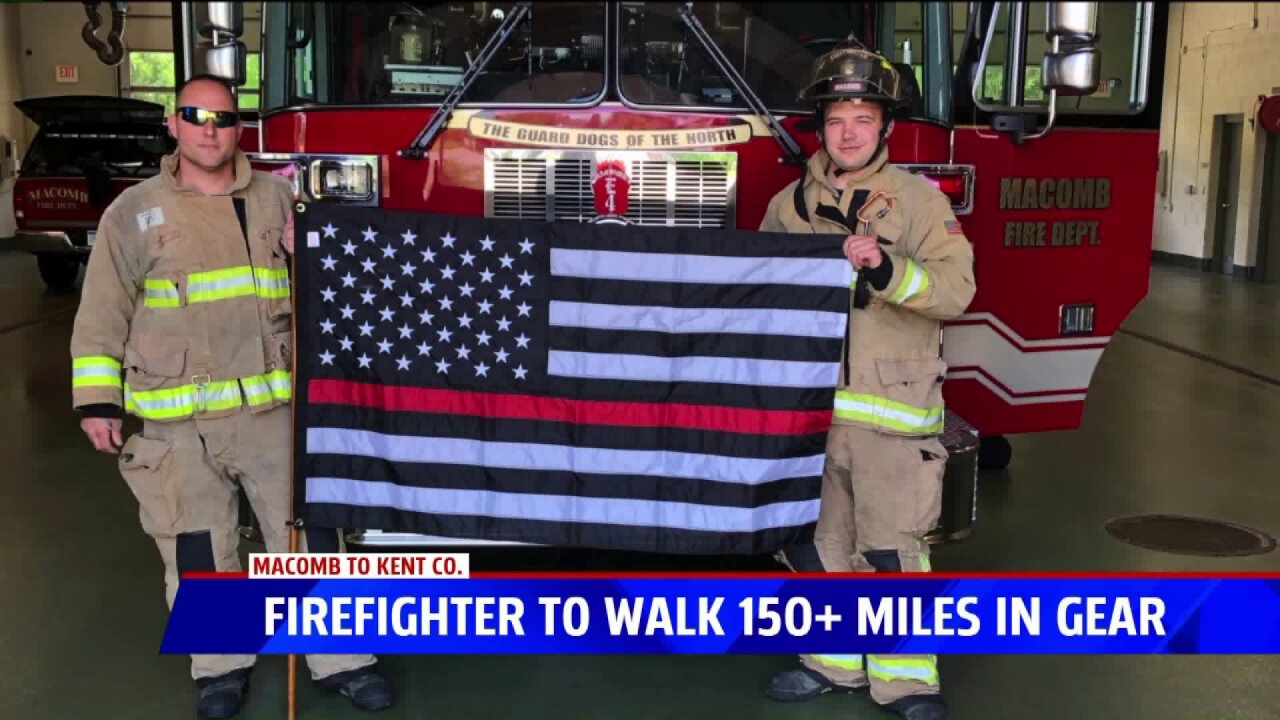 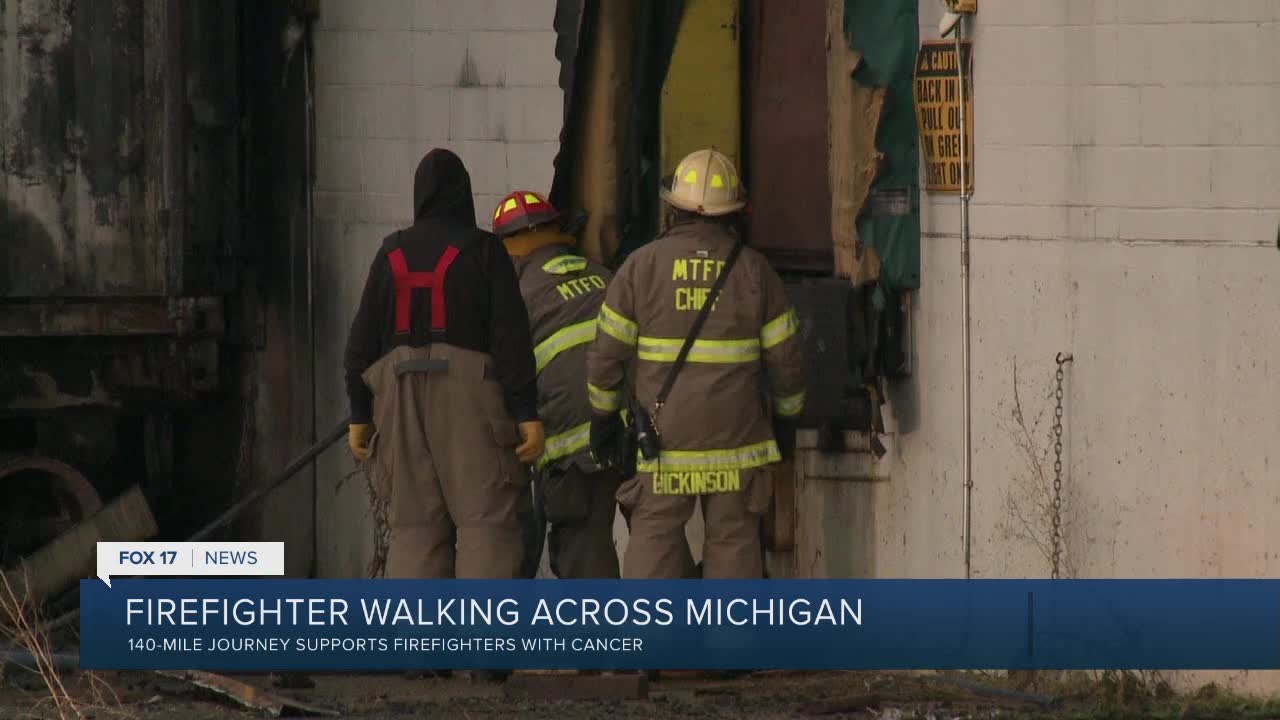 MACOMB TWP. MICH. — According to the International Association of Firefighters, cancer is now the leading cause of death among firefighters.

“A lot of it is the new construction, plastics, the wood they’re using now with a lot of glue, all that stuff that’s burning is creating carcinogens and the smoke is what will seep into our bodies,” explained Macomb Township Firefighter Joe Warne about such a high incidence of cancer in his profession.

When learning that news last year, Warne wanted to help out his fellow brothers and sisters, so he did what he thought would be a one-time event.

As part of a fundraiser for cancer research, Warne walked across the state, 140 miles from his station in Macomb Township to Cascade Township station number 2 in Ada, all while wearing 60 pounds of firefighter gear.

“We were never going to do the walk again after last year. It was just a brutal beating physically. And as soon as we passed all that money out, my captain who had just retired, a great guy who I look up to a lot, just retired and got diagnosed with lymphoma. And that right there said we have to do it again,” Warne explained to Fox 17 about his walk, which begins Thursday.

He added that two other firefighters who retired from his station recently died from cancer, even further pushing him to make this fundraiser an annual event.

Firefighter Warne describes his trek across Michigan saying, “It’s a very emotional four days, it really is. Just to see the support of the community, strangers you don’t see, come out and hand you water if they don’t have money. They cheer you on and keep you going.”

Warne is expected to arrive in Cascade Township Sunday afternoon sometime between 2 and 6pm.

Last year’s event raised $32,000 and this year Warne is hoping for at-least $50,000, saying as of Monday morning they were about halfway to their goal.

“Every firefighter that was on our list last year got a check for over $2,400. Some of them probably bought a new furnace or bought a new stove. We let them do whatever they want with it. Go have fun, if it helps with Christmas, whatever. That’s your money,” Warne explained.

To contribute you can check out his facebook page under “Neighbors United” or donate directly on their website at wedontjudge.org.