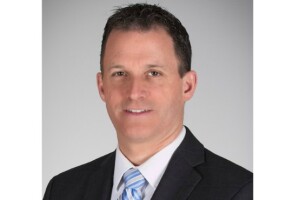 Derek is a graduate of Arizona State University’s Walter Cronkite School of Broadcast Journalism. Derek is a two-decade veteran of the television news industry.

His career began in Phoenix, and included stops in Tennessee and Washington before arriving in West Michigan more than a decade ago. He is a native of St. Louis and split his childhood between St. Louis and New Jersey.

Derek and his wife have two active boys and live in Jenison where he coaches baseball.