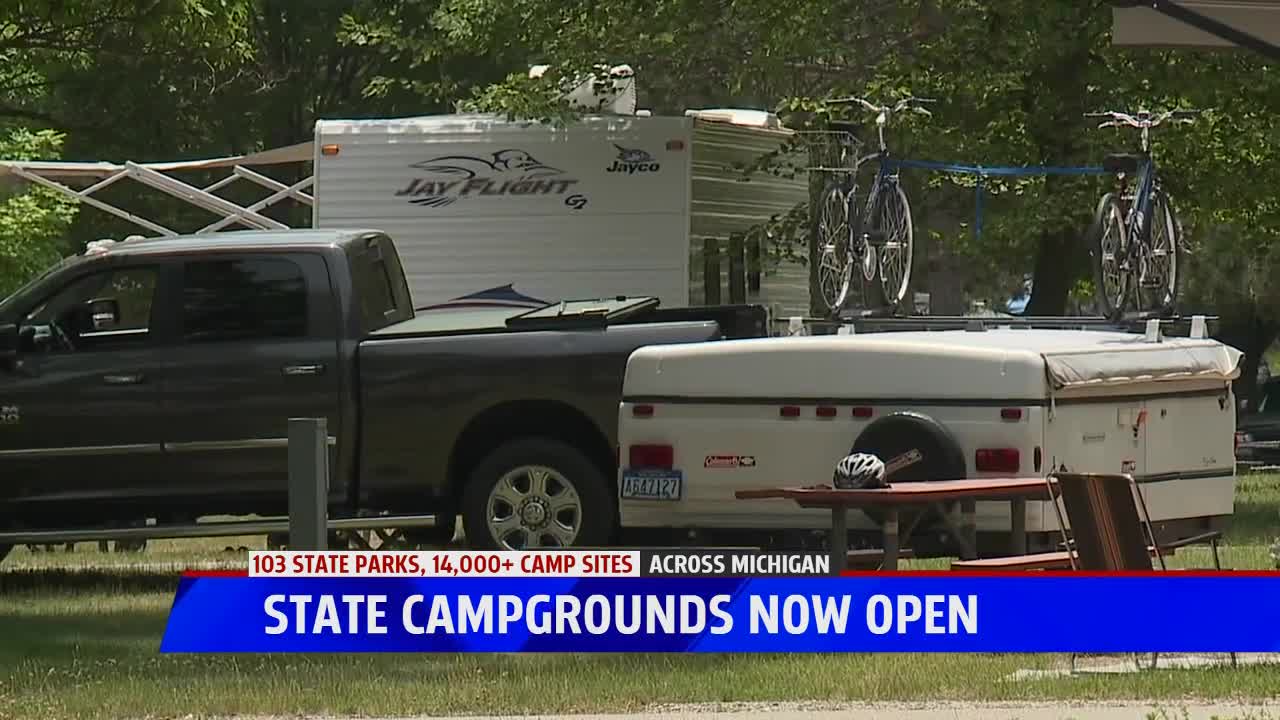 Fox 17's Derek Francis explains what still needs to be done if you want to camp in Michigan anytime soon.

WEST MICHIGAN — Despite what the calendar may say, for many outdoor enthusiasts, Summer began Monday June 22, in Michigan when its more than 70 state parks with camp sites opened for the season, about six weeks later than normal.

“Normally our park system will have started up in early to mid-April to de-winterize the facilities, get our running water back going and test the water," Ron Olson, Chief of Parks and Recreation of the DNR told Fox 17 Monday. "And then we had construction projects too, some major ones that were paused.”

Olson said Michigan’s campgrounds total about 14,000 campsites and require a recreation pass effective Monday, adding, “We didn’t want to lose anymore camping opportunities as well as the revenue it brings in which is a very important part of underpinning the financing of the park system.”

In addition, parking, restrooms, concessions and trash services are also now operating after they received upkeep that previously wasn’t allowed when not considered essential work.

“Grand Haven will be fully open, and we removed the sand as well as Holland, Ludington and some other parks that have problems in the winter time where the sand will blow,” Olson said.

Recreation passes cost $12 for the season if purchased while registering a vehicle, or $17 if purchased at a later time.