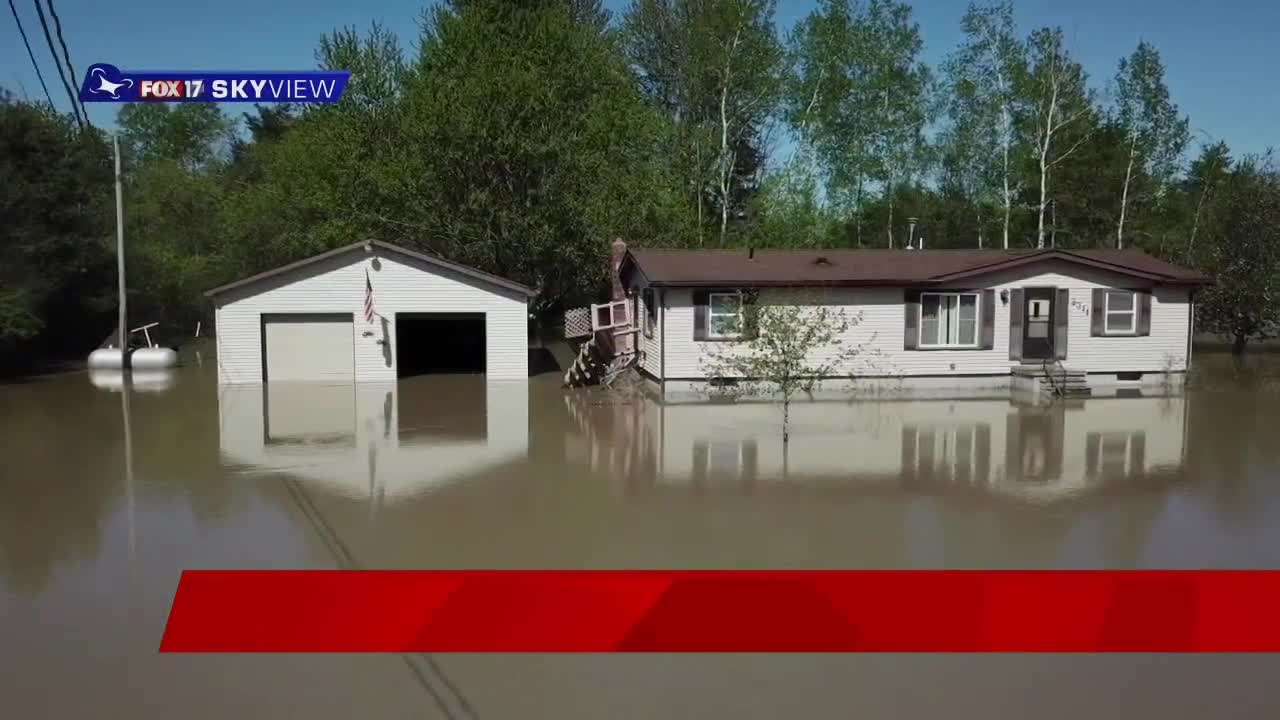 Valley Drive was one of the worst hit neighborhoods and the water is still incredibly high. Even though levels have gone down, many of these homes had water reaching the main level and this isn’t the only neighborhood starting a massive cleanup.

On Green Road, houses are still submerged. We looked at the damage from FOX 17 Skyview and many people we spoke to said they’re surprised their homes are still there, given how close it is to the river and are unable to get to their homes still.

Over just across the Tittabawassee near Isabella Street many front yards look the same. Trash collecting as people empty out all their damaged items. One home got the worst kind of flood water possible; sewer back up. The sludge destroyed family photos, furniture, everything it touched.

So many people are hurting after the damage done by the high-water levels from Tuesday night.

“Very, very surprised.” Carlos Luna, whose house is underwater told us. “After seeing the drones go over and seeing the roof is still there… you know, we can rebuild, and be optimistic about it,”

“They told us we were going to evacuate, so we knew we were going to get water, they just didn’t tell us how much.” Jon Cluff said. His home is one of the victims of sewage back up. “The 2017 flood, we didn’t have any water in the house. We thought we were good because it was [only] projected to reach those levels. But then when the dams breached, that changed everything,”