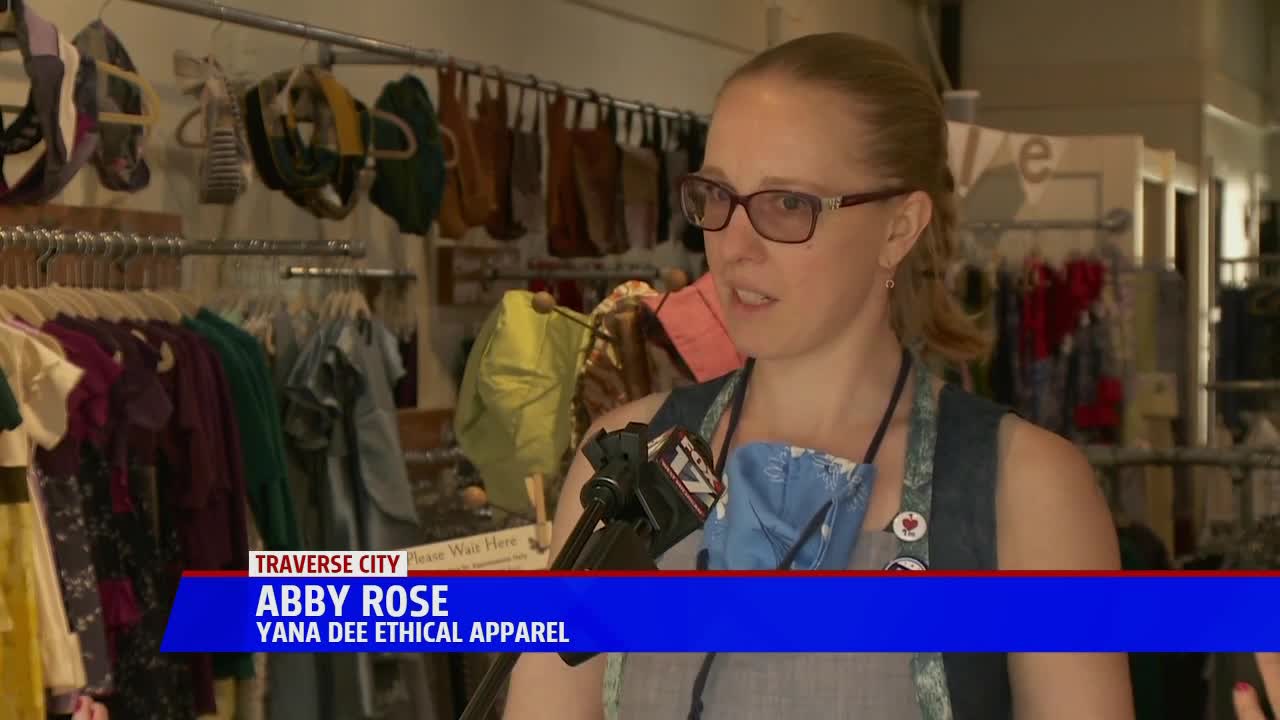 TRAVERSE CITY, Mich. — People in Traverse City are taking advantage of the fact that it's one of the first to re-open in the state. It comes just in time for Memorial Day weekend.

Many locals made the trip, while others traveled from other areas of the state.

"We’re just kind of going in and out, just trying to support the local economy for sure," said Hannah Timbs, a local from the area.

While many stores and restaurants were open, many others opted to remain closed either due to the limited capacity allowed or they need more time to prepare for opening.

Yana Dee Ethical Apparel has been selling masks to get by during the pandemic but opened their doors Friday by appointment-only. Staff area asking anyone who comes inside to wear a mask, use hand sanitizer, and social distance.

"We haven’t had anyone come in, I’m noticing some hesitation, like people aren’t wanting to come all the way into the store yet. They’re still a little nervous, so we are taking these safety precautions to try and make shopping as safe as possible," said Abby Rose, Store Manager.

Prior to the opening on Friday, the apparel company was selling masks. The move helped them to "really keeping our business afloat."

Most everyone out and about were excited to final return to some sense of 'normal.'

"I have hated the stay at home orders, and being stuck at home and not being able to go out and be social and do anything. So it’s nice to be in semi-normal social setting," said Maddy Maney, from the central Michigan area.

"We do a lot of things like go hiking and stuff, but it’s nice to just be around other people," said Hannah Timbs, from Traverse City. "People seem less afraid to be out, and people are happy to be out, which is really nice."