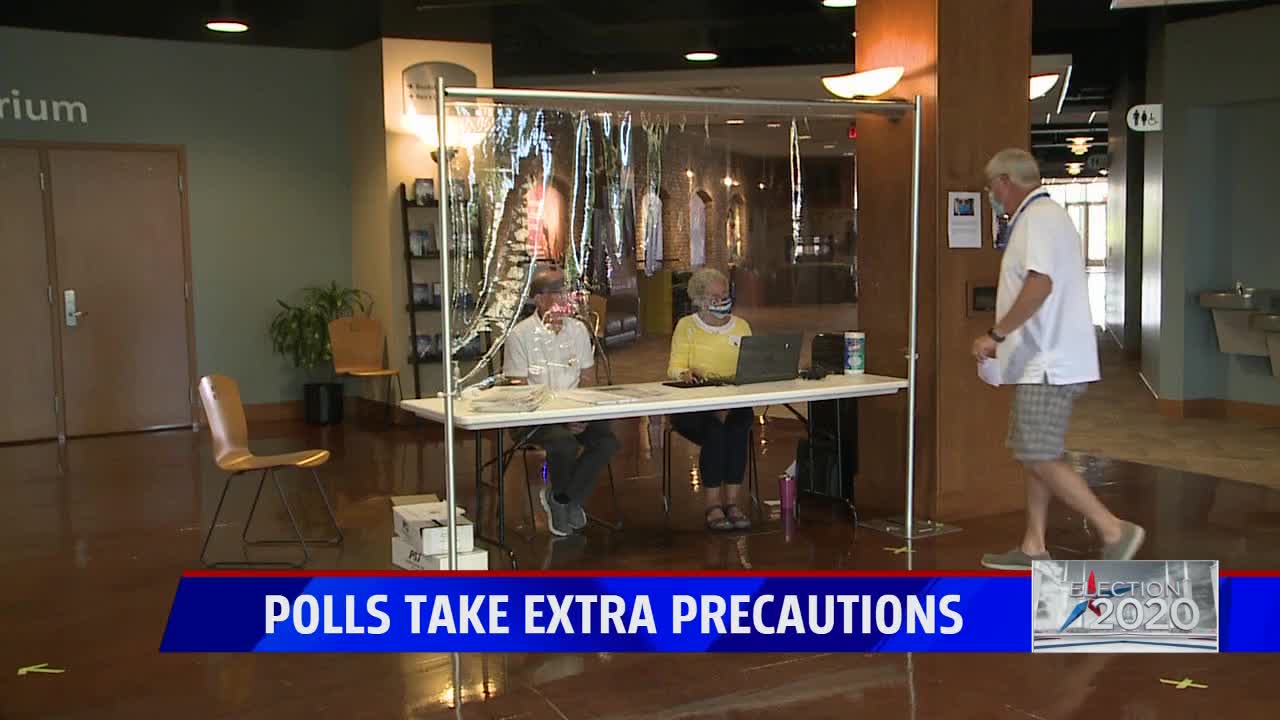 HOLLAND, Mich. — Tuesday marks the first election since COVID-19 was confirmed in Michigan. People out at the polls can expect a different experience than normal.

Some precincts are seeing a slow turn out earlier in the day as much of Ottawa county opted for mail-in voting. In fact, 2 million voters requested absentee ballots in this election; almost double the record. Physical polls are open, and workers are putting in extra efforts for those who feel more comfortable voting in-person to make sure it's done safely.

“Absolutely. Nothing stops an election,” says Ottawa County clerk, Justin Roebuck when asked if he expected voters to come out.

And in Ottawa County things are sanitized and socially distanced right down to the pen you use to fill out your ballot. There is no sharing.

“First of all you walk in, and there is a woman wearing a face shield," Allison Kavanaugh said, describing the experience. "And she hands you a pen and she says hang on to this pen, this is your pen, it’s been sanitized and everything,”

Vicki and Allison Kavanaugh cast their ballots in person Tuesday.

“There’s like almost like a shower curtain dividing you from the poll workers, so I felt very safe,” Allison told FOX 17.

“Probably because I forgot to vote absentee, and you know, you gotta vote,” Vicki told us about why she voted in person. It looked a little different, but the civic duty part remains the same.

Most people in Ottawa County are choosing to mail in their votes.

“Already we’ve got about a 20% turnout county wide and that’s about an average turnout for an august primary, " Roebeck explains that number is in absentee ballots alone.

Those ballots are now being counted behind closed doors.

"Our absentee counting boards are working across the county,” says Roebuck.

So while the polls may look quite empty, voter turnout will likely be higher than usual for a mid-term election.

“We want to make sure we’re keeping our voters safe, and our precinct workers safe,” Roebuck told FOX 17.

Absentee ballots can be turned in right up until 8 p.m. when the polls close if you are not able to vote in person. Polling places can be found on the Secretary of State website.