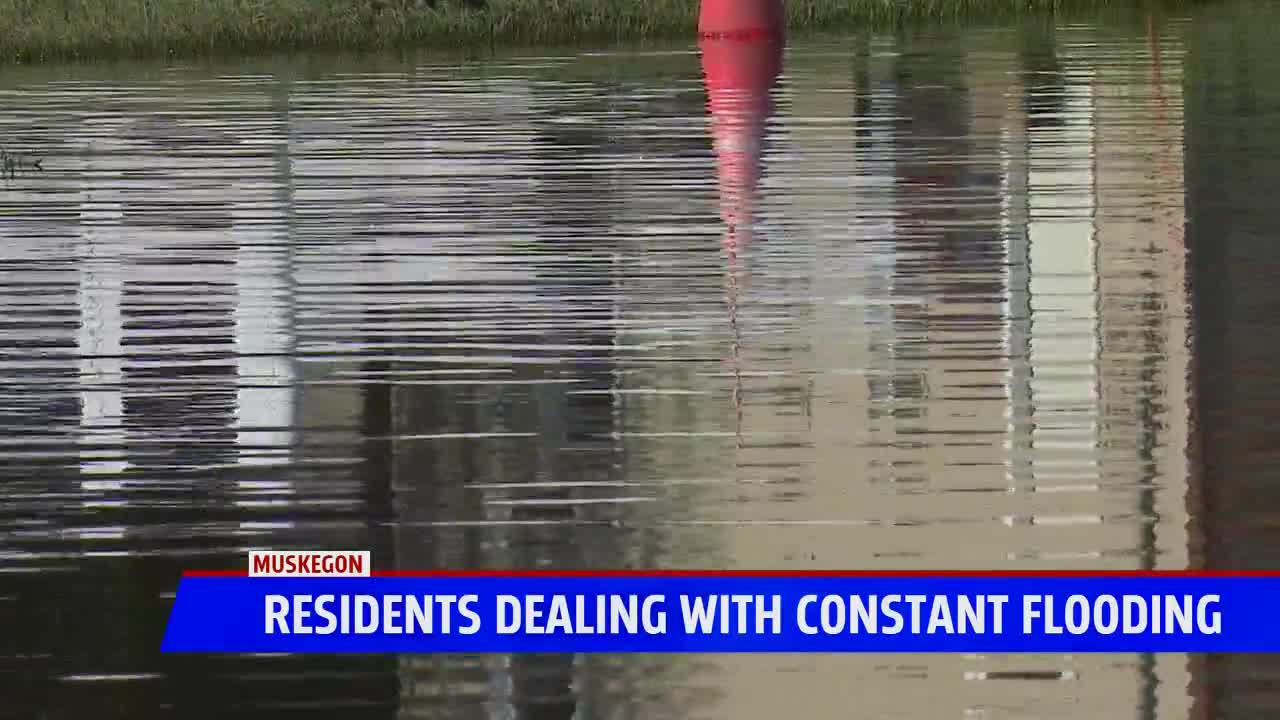 SOME NEIGHBORS TELL ME THEY HAVE BEEN FLOODED FOR 21 OUT OF THE PAST 29 DAYS. — The city of Muskegon and a group of neighbors are at odds over the best way to handle constant flooding in their neighborhood.

Some neighbors say their homes have been flooded for 21 out of the past 29 days. The issues of water along Edgewater Street have stretched further back than that.

Todd Rebone says his Michigan basement, similar to a crawl space, has contained water over the course of the past year. Together, he and his neighbors have been fighting rising water for the past two years.

"It's like there's got to be something growing down there," said Rebone. "You can't have that stagnant water sitting down there for that amount of time."

Rebone and his family have not been able to turn on their furnace. No repair crews will attempt to fix it while their crawl space is submerged in water, making the issue more pressing.

"We can't get down there because there's still so much water. We haven't had anything that receded."

The city says it has tried to mitigate the flooding by putting in concrete barriers close to the lake, the culprit of much of the water. Last week, the city also installed a diesel pump, which connected to the storm sewers.

The pump was there for about a day until a complaint was made by a nearby neighbor over its fumes and noise.

"It's definitely a balancing act," said Frank Peterson, City Manager of Muskegon. "The neighbor who didn't like it there felt it was a health issue for them. He felt it was causing a health problem with their family."

"We were fighting kind of a losing battle," said Peterson. "We weighed the complaining of, you know, I guess the inconvenience of having that pump in front of the house versus the value that the pump was actually bringing to the neighbors down the street. It wasn't quite as high of a return, I guess, on the inconvenience."

The city says with new complaints from the flooded neighbors, they will evaluate the possibility of reinstalling the pump, but believe they've done their due diligence at trying to find a solution in a low-lying area next to a lake.

"I think we've worked really hard at it. I think people might be dissatisfied that we weren't able to come to a solution," said Peterson.

Some neighbors have previously voiced concerns over how effective the pump is.

Rebone says the majority of those flooded with water do, however, believe the pump is effective.

"It's very upsetting, no doubt. Hopefully we're going to stay positive that we can keep this water down if we don't get any more rain," said Rebone.

The city has considered a more permanent fix, which would include raising the road. The process would take an immense amount of money, as well as time. With 40,000 residents in the city, officials question if that is the right way to move forward.