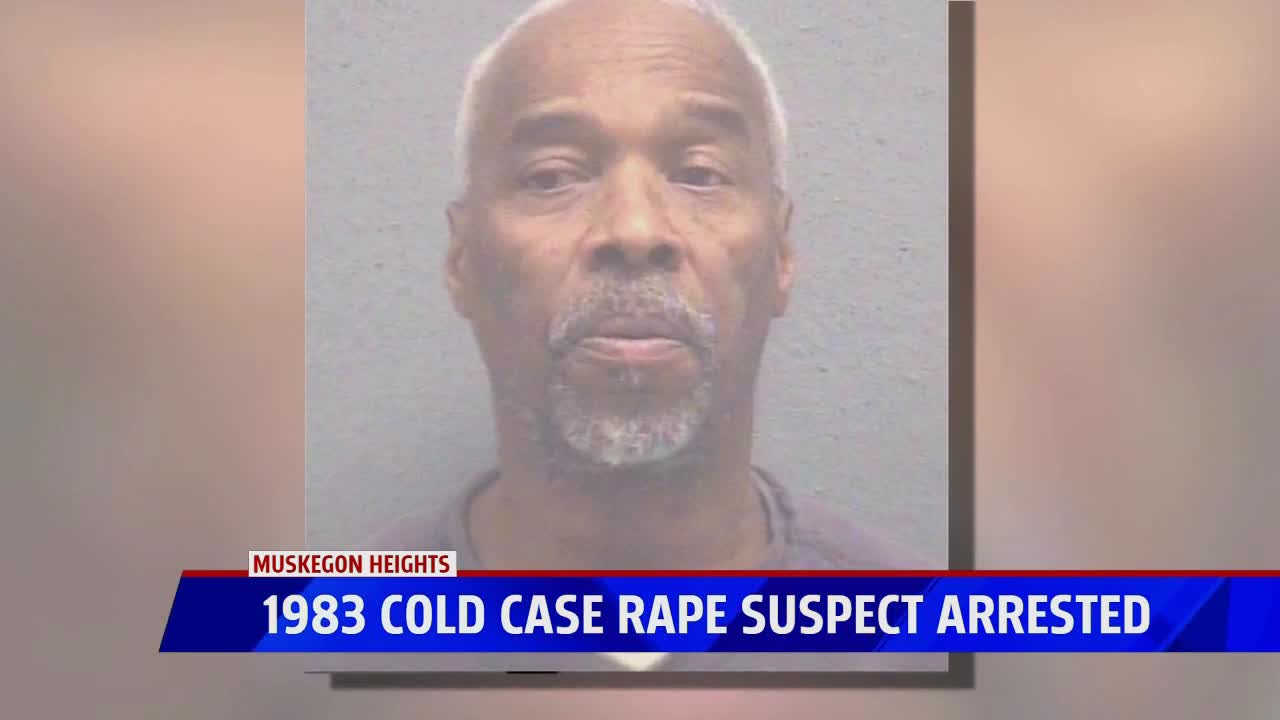 MUSKEGON HEIGHTS, Mich. — An arrest made in a decades-old cold case reaffirms the promise that, in Muskegon Heights, justice will be served no matter how long it takes.

This is a horrific case of first degree criminal sexual conduct against a six-year-old girl. But now, there’s new hope, with an arrest after 37 years.

“It’s monumental.” Muskegon Heights Police Chief Thomas explains there’s no expiration date for justice. “But it also helps us send messages to the public, that eventually, we will catch you for doing bad things,”

At the Muskegon Heights Police Department they know that all too well.

Muskegon Heights Police caught a guy they’ve been chasing for three years in a cold case from 1983.

“It came to me, through people calling the police,” Chief Thomas said.

The case is one of the worst; a six year old girl, sexually abused by penetration. That little girl is grown now and doesn’t live in Michigan. But still justice for what happened to her at just six years old means everything.

“She’s very satisfied with us right now,” said Thomas. “She thought she’d never hear that phone call. That we got him.”

Catching this guy would prove to be difficult. Chief Thomas got federal agencies involved, tracking him to multiple states. Thomas says one time, they had him in custody and he was released because of a miscommunication involving the warrant.

The department didn’t give up until they arrested him in Alabama. This time there would be no getting away. Two Muskegon Heights cops drove down and got him. Now he’s in Muskegon county jail.

“We got a record here in Muskegon Heights of tracking people down,” Chief Thomas said.

It’s a small way to send a big message to this community.

“I think people sometimes forget. If you don’t see us doing something. Don’t mean that we’re not doing nothing,” Thomas explains. “Because you don’t see something, doesn’t mean it’s not being done,”

We didn’t get in to the specifics of the case with Thomas today because the suspect they arrested is still, of course, innocent until proven guilty in a court of law, but Thomas says he hopes this reminds people that here in Muskegon Heights they never forget a chance for justice to be served.