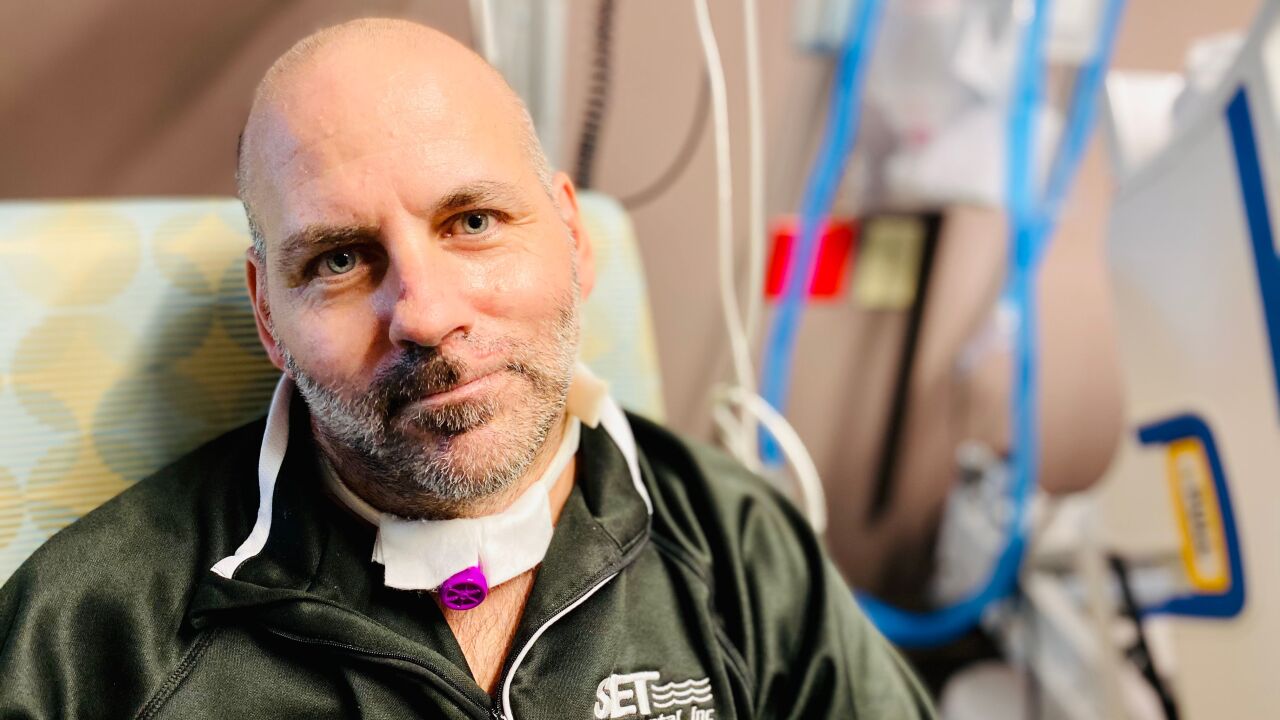 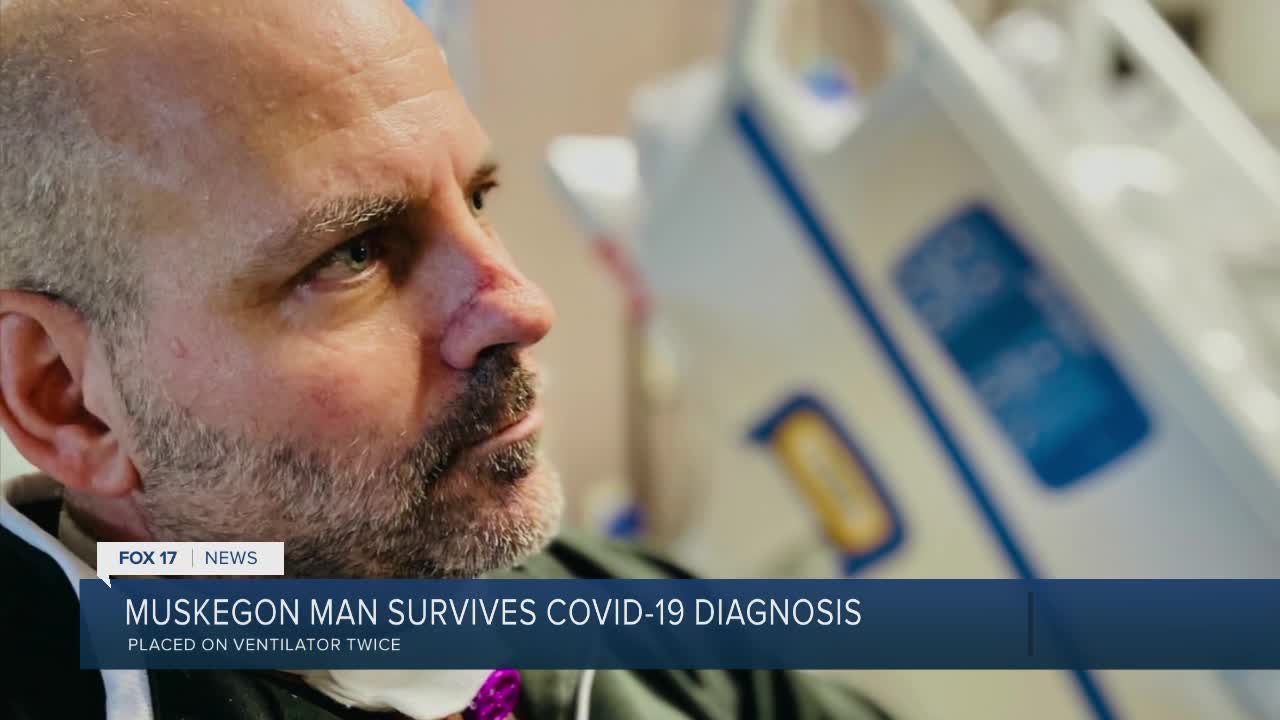 MUSKEGON, Mich — A husband and father in Muskegon, was discharged from Mercy Health Muskegon the hospital Mondy, after being placed on a ventilator twice for COVID-19.

As he was walking out of the hospital to a round of applause from hospital staff, Rick Jones said,

we caught up with him and his doctors today as he heads home.

“I wouldn’t wish this on anybody, it’s nasty.”

That nasty bout of COVID, landed the 51-year-old in the hospital for nearly two months, after what started as a high fever and chills turned into struggling to breathe.

“He’s one of the types of COVID patients that you don’t expect to get sick really fast,” said hospitalist, Dr. MaryEllen Rosel, DO.

Dr. Rosel saw Jones back on Nov. 22nd, right before he was admitted to the ICU.

It’s a call Dr. Rosel added that she’s had to make too many times.

Jones was eventually able to get healthy enough to come off the first ventilator, but soon after, he needed to go back on for a second time.

“We had so much hope when he got extubated that he would stay off the ventilator and it was just a big setback for all of us. We were all so sad that he went back on a ventilator,” Dr. Rosel said.

It’s also something that Dr. Rosel said less than 10% of people come back from, but Jones was not one for giving up so easily.

He said, “I just decided that I didn’t die, so it’s time to fight. They told me to get up and start walking, so I started walking.” “This place, these doctors, these nurses second to none and I owe my life to them.”

Despite visitor restrictions Jone’s wife Marie was never far away.

She said, “I would sit in the parking lot and just pray and pray.”

Even though Jones maintains that he didn’t do anything to get better, his progress in physical therapy and doctors beg to differ,

Dr. Rosel said, “Regardless of how sick he was, Rick was always very positive and very much like ‘I’m gonna keep fighting Doc” and ‘Do what you need to do.’”

Now, with a new respect for COVID, Jones said he’s eager to get back to the people and things he loves the most, like his family.

“It’s going to be great to see the girls, and the dog that thinks I’m dead,” he joked.

Jones said he’s feeling good other than general weakness and trouble with dexterity in his hands.

He is working through physical therapy still to regain strength after losing 50 lbs. in the hospital.